Official Statue of Liberty app offers AR views, including a view no one has seen since 1916 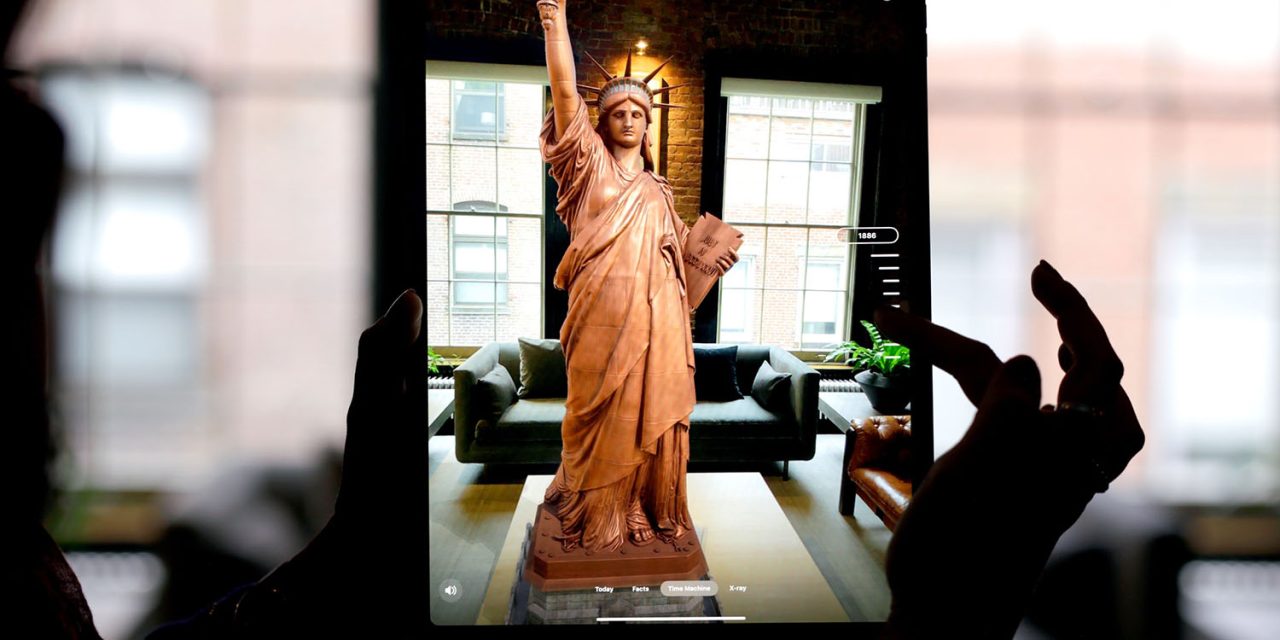 A new official Statue of Liberty app uses augmented reality to bring to life a virtual visit to the landmark. It includes a view no visitor has been able to see since 1916 …

The Statue of Liberty is more than a monument. She is a symbol of freedom to millions around the world. This app uses Augmented Reality and immersive storytelling to bring the Statue to life anywhere. Now you can experience the iconic monument from wherever you are.

The app features multiple AR experiences that allow you to explore the iconic monument from new perspectives and at new depths. Through the app, users can access the Statue in ways that few have been able to do before. A rich curation of stories and visual media walks you through more than 150 years of the Statue’s history — from her origins in France in 1865 to the opening of the new Statue of Liberty Museum in May 2019. The app also features two immersive audio experiences: An exclusive podcast transports listeners to critical moments in the Statue of Liberty’s history; and an interactive audio tour guides visitors to 35 points of interest as they explore Liberty Island on foot.

And that view no visitor has enjoyed for more than a century?

Experience a rare view from the Statue of Liberty’s torch, wherever you are. This AR experience offers breathtaking views of Liberty Island and the expansive New York Harbor. Watch the New York City skyline as the sun rises and falls. No one has seen this view since 1916, when public access to the torch was shut down.

Another unique experience is an Apple-like Time Machine feature which lets you see the statue as it looked when new and through the years.

Of course, an AR model doesn’t normally provide a sense of scale, but the Statue of Liberty app has a fun way to do so.

Study a life-size 3D model of the Statue of Liberty’s left foot using Augmented Reality. Place the model in front of you, pinch and zoom in to scale, and marvel at its size.

If the app inspires you to make a real-life visit, it can also be used in preparation for your trip and more with a new podcast, Raising the Torch.

To complement the launch of the new museum, the Statue of Liberty app provides access to an audio tour and guided map when visiting the island. In addition, a newly released podcast, Raising the Torch, is available for all users to listen whether they’re getting ready to visit Liberty Island or exploring from thousands of miles away. This specially produced podcast includes first-person narratives and interviews with historians, who tell the fascinating and winding origin story of the iconic Statue of Liberty.

The Statue of Liberty app is a free download from the App Store.

The Statue of Liberty app is just the beginning of how AR will transform the way we connect with our world’s treasures. Thank you @DVF and @StatueEllisFdn for your work to preserve one of America’s greatest, most inspiring symbols.🗽https://t.co/jV4U5HrMeB