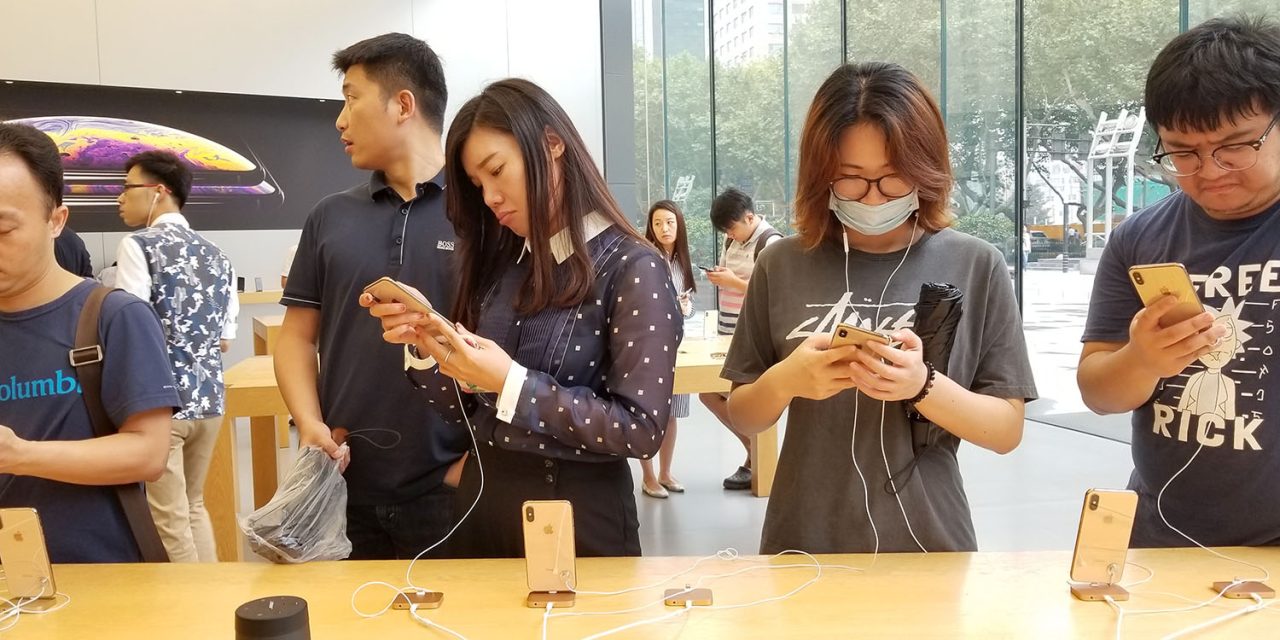 Using an iPhone in China is now seen as embarrassing by some consumers, says a local report.

Poor iPhone sales in China were almost entirely responsible for Apple badly missing its original holiday quarter guidance, and it looks like things could get worse. A report in South China Morning Post says that while Huawei will be hurt in the short-term, Apple could take the longer-term hit from the policies.

For Sam Li, who works at a state-owned telecom company in Beijing, switching from Apple to Huawei was also driven by an emotion. “It’s kind of embarrassing to pull an iPhone out of your pocket nowadays when all the company executives use Huawei” […]

“Switch to Huawei! Hate those hypocrites,” a Chinese e-commerce start-up founder said after reposting news on WeChat. “The era of 5G has arrived. Huawei has far more cutting-edge technologies than Apple,” said the man who did not give his name.

It says the increasing tensions between the two countries will make Apple’s position in the country even more difficult.

While the US export ban threatens to cripple the Shenzhen-based company in the short term, ongoing nationalist sentiment at home could play to Huawei’s favour and hurt Apple’s sales in China, according to analysts.

“Chinese consumers’ love for Huawei can only increase because of the ban,” said Kiranjeet Kaur, senior research manager at IDC Asia Pacific. “Unless of course hardware supply chain constraints affect the roll-out of its phones locally.”

Last year, Huawei shipped 206 million smartphones, 105 million in mainland China, accounting for 26.4 per cent of the domestic market, IDC data shows. In comparison, Apple ranked fifth in the country with a 9.1 per cent share. In the first quarter, that fell further to 7 per cent compared to a 3 per cent share gain for Huawei, according to Counterpoint.

IDC says that Apple still has appeal in the country, however.

“Apple is after all a luxury brand, and ultimately it all depends on the users,” said Bryan Ma, vice president of client devices research at IDC Asia Pacific. “There will be some who are nationalistic and say no to American products, but there are many other users to whom it does not matter as much.”

Over the years Apple CEO Tim Cook has built up a lot of goodwill in China, with the company donating to causes including children’s welfare and natural disaster alleviation, as well as making investments in local companies like Didi Chuxing and data and research centres. Cook sits on the advisory board of Tsinghua University’s School of Economics and Management, known as a cradle for economic policymakers.

There was amusement yesterday when a Chinese diplomat attacked Apple on Twitter, the post revealing that it was sent from his iPhone.