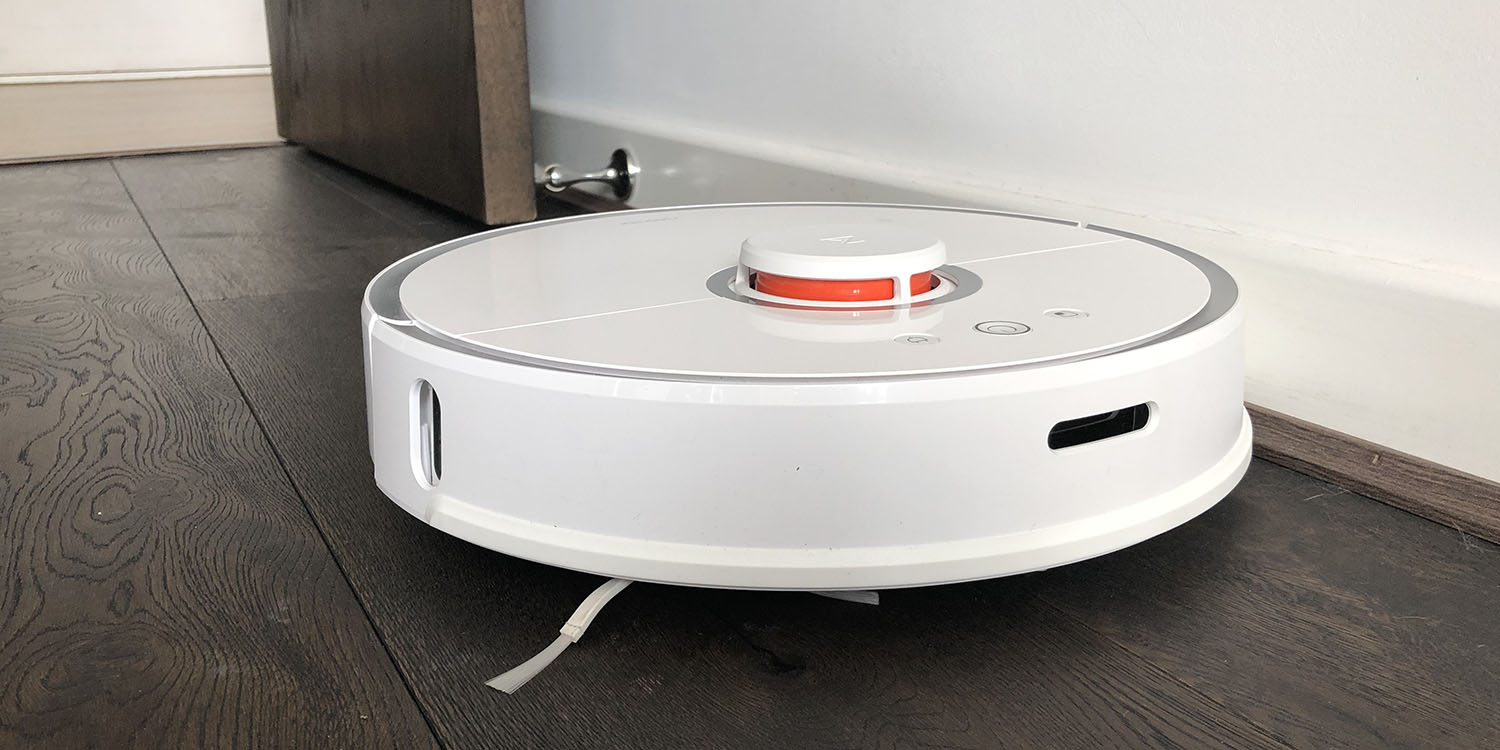 The robot vacuum cleaner market is a pretty crowded one these days, so the Roborock S5 attempts to stand out by going one better: it doesn’t just vacuum your floors, it also mops them.

I was already sold on the concept of robot vacuum cleaners, having been seriously impressed by the Neato Botvac D7 Connected which I reviewed last year. We have it set on a schedule to vacuum the apartment at 8am every weekday, and it does a great job.

Like the D7, the Roborock S5 (S5 from now on) is a high-end model. It has a LIDAR module for laser navigation, and it learns the layout of the apartment.

In most ways, these devices all look alike. Most are round and plastic, have a few lights and buttons, a slim-line circular laser module on the top and a side-brush protruding to help pick up dust from skirting-boards. The S5 is white gloss plastic and looks inoffensive.

The D7 is unusual in having a square front for getting right into corners, while the Roborock has a more conventional circular design.

It comes with the usual design of charger, a plastic unit that sits against the wall, though this one stands out thanks to the clear plastic mat. This is designed to prevent water dripping onto your floor before or after use.

One difference from most robocleaners is the use of voice. Where most robots communicate their status by bleeping (and sending a notification to your phone), the S5 talks to you. That does give it a friendlier feel.

Set up & first use

Set up was fairly painless, though it does use the technique of generating its own Wi-Fi hotspot, requiring you to exit the app, change to that, then resume.

You have to fill the water tank before use, of course, but this is straightforward and easy to do without spills.

After that, you set it going and it does an initial clean, mapping your home as it goes.

The D7 had started by mapping the edges of each area, then working its way in. The S5 initially seemed to take a rather more random approach, but quickly settled down into a more methodical one. Rather than work from the outside in, it first mapped the sides and then drove itself back and forth across each section in a very efficient pattern. 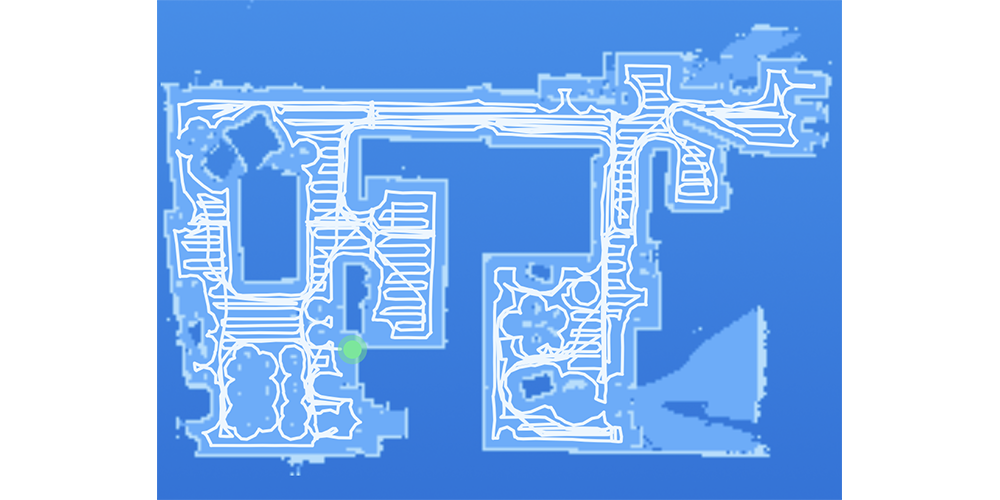 Interestingly, it always seemed to orientate in one direction, so sometimes it was working back and forth across the width of an area (like the kitchen), and other times down its length (like the hall).

I was really impressed by the detail of the map it constructed. Top left, you can see an armchair, footstool and sofa, all in dark blue. Bottom left is a dining table and chairs, where it managed to get partially under the chairs and marked the rest as empty space. Top right, you can see the open bathroom door at 45 degrees – we put it in this position so both the D7 and S5 can access both bathroom and bedroom.

It did, for some reason, get a little confused by the shelving in my office, bottom right, somehow imagining the wall extended out into space. But a really impressive map.

Roborock partners with Xiaomi for its app. Effectively Xiaomi has created its own smart home ecosystem, a kind of Chinese version of HomeKit, and the Xiaomi Home app controls it all.

The app is equally impressive, letting you create very flexible schedules. You can even program IF-THEN statements, though this is primarily intended for those who have multiple devices, when it can, for example, wait for one to finish before starting the next.

The S5 vacuums as well as mops, and I have to say that its vacuuming performance was very good. The side-brush enabled it to push dust from the walls into the path of the robot, though it wasn’t as good as the D7 at getting into corners.

For mopping, you need to moisten the cloth and fill the water tank. It looks like a very small amount of water for an entire apartment, and that turned out to be the case. When the S5 is mopping, you can barely see any sign of a wet floor.

Feel the floor with your hand just after it’s passed, and yes, it is working. However, I’m not sure you can really say that it is mopping in the sense we’d generally understand. It’s more like gently wiping the floor with a dampened cloth – which is, indeed, what is happening.

What does that mean in practice? The performance is mixed. It does definitely work. If there’s some fresh dirt on the floor, the S5 does remove it. But it’s certainly a long way short of scrubbing a floor: with dried-on dirt, it tends to reduce rather than remove it.

There is a spot-cleaning mode, where you can direct it to revisit a problematic area of the floor for a more intense go, but I started to feel the same way about that as I did about the window-cleaning robot I reviewed: there comes a point where you might as well just do it yourself.

Overall, it’s definitely a decent maintenance clean, but not a substitute for manual mopping.

Battery-life is an impressive 150 minutes, which should cope with some pretty big homes, but you’re going to run out of water before you run out of power. In our 850 square foot apartment, it used about half a tank of water. It would be good if you could let the S5 work out the water consumption and then adjust output to use a full tank for a better clean.

The Roborock S5 is an impressive piece of technology. However, it comes with an equally impressive price, of $700. That puts it right up there with the top-end brands like Neato.

The difference, of course, is that you’re getting mopping as well as vacuuming. That’s a big selling-point in principle – and it is definitely a step up. But ultimately it’s not a substitute for manual mopping, so it’s more of a vacuum plus than a complete substitute for a human being.

If you weren’t sacrificing anything to add the mopping feature, then my view would be ‘why not?’ – but in this case you are sacrificing vacuuming in corners when compared to the Neato D7, so that makes it a trickier decision. Personally, for us, the Neato wins out, but it was a closer call than I expected.