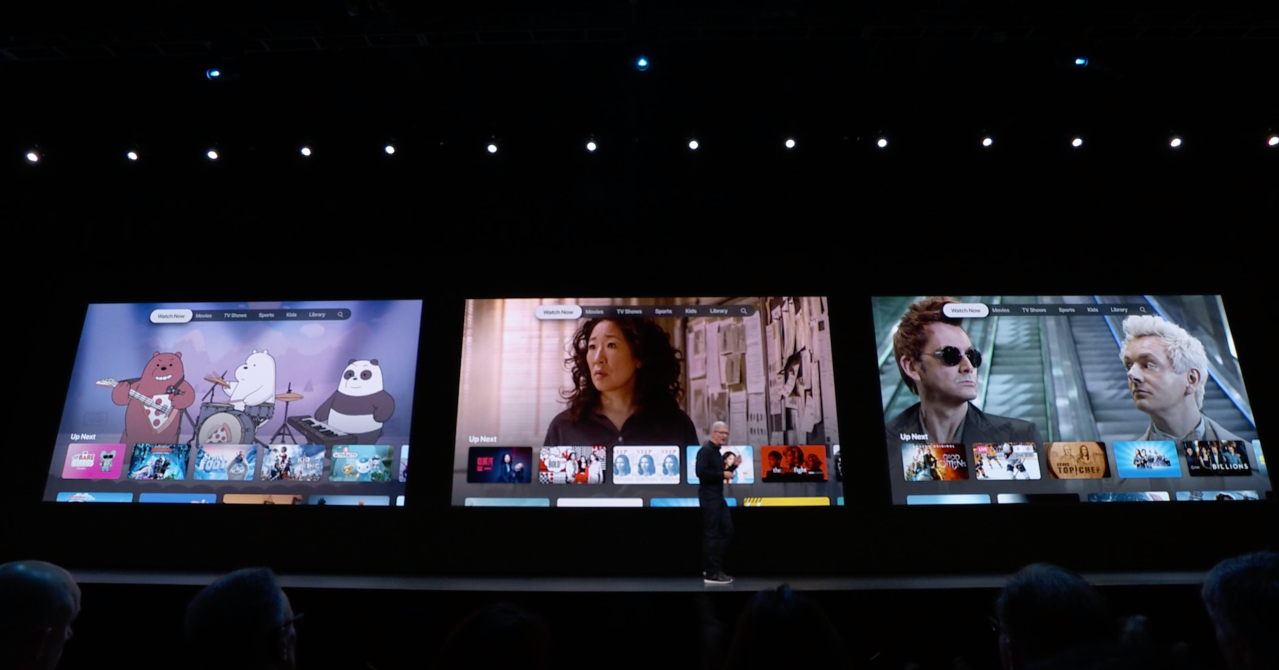 Apple has today unveiled tvOS 13, the newest Apple TV operating system, on stage at its WWDC 2019 keynote. Earlier on today’s keynote, Apple previewed one of its original shows, “For All Mandkind”, that’s coming to Apple TV in the Fall.

The new version of tvOS will have support for multiple users, every user gets their own “up next” queue. Switching between users can be done through a brand new Control Center that’s available in tvOS 13. Other content that’s personalized includes Music, which will also display lyrics in sync with the music that’s being played.

Apple is also extending support for Xbox One and Playstation DualShock 4 game controllers that will be able to control games on Apple TV, including those available in Apple Arcade, to be launched later this year.