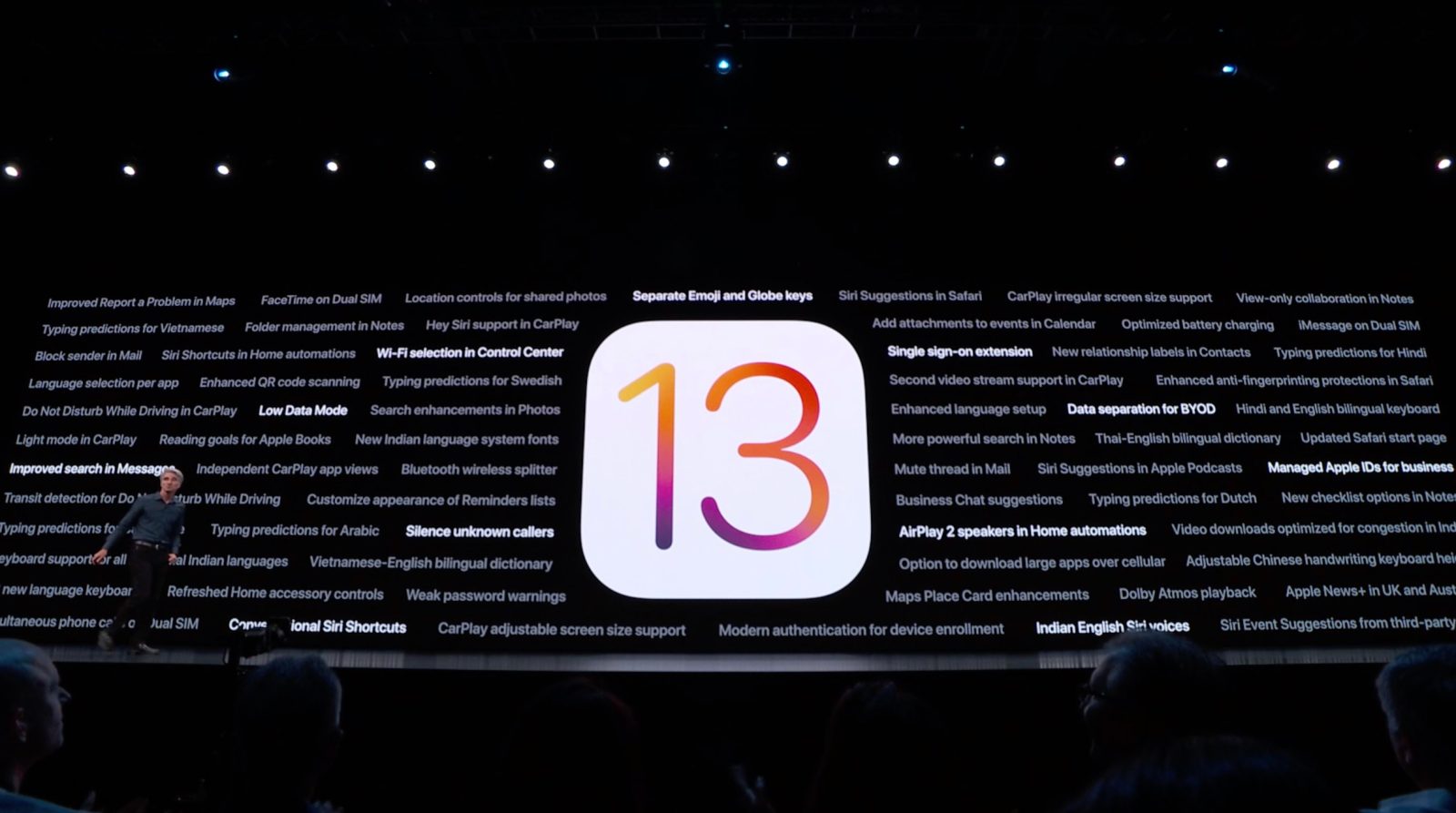 Apple this week officially released the first developer beta of iOS 13. As always, many people are eager to install the new iOS version and try the latest features, but there are several reasons why you should probably hold off. After all, it is a very early beta and is bound to have numerous problems.

Should you install the iOS 13 beta?

Apple itself acknowledges that the first beta of iOS 13 is buggy, warning “thrill seekers” that they should probably wait for the public beta coming next month:

Important Note for Thrill Seekers: If you’re interested in living on the edge and trying out the great new features in iOS 13, we strongly advise waiting for the many bug fixes and refinements coming to the public beta next month.

Across all five of the new betas, iOS, iPadOS, macOS, tvOS, and watchOS, you’ll run into compatibility issues with third-party apps. These betas are designed to give developers the opportunity to update their applications ahead of the stable releases this fall, and you shouldn’t expect applications to run as-expected until then.

Apple has also increased the difficulty level of the install with this year’s iOS 13 beta. While it used an OTA system last year, the first beta of iOS 13 is available only as a direct download from Apple’s Developer site. It also requires that you have the Xcode beta installed and that you restore via iTunes.

Apple will eventually release public beta versions of macOS 10.15, iOS 13, and tvOS 13. Those will likely come next month and will represent a more stable, but still buggy, way for the general public to test out the latest and greatest operating systems. The public betas, and future developer betas, will be available as over-the-air updates as well, dramatically simplifying the install process.

If you’re still tempted to try iOS 13 and the other betas in their current beta form, our advice is to install them on devices that you don’t rely on day-to-day. This will let you try out the new features, while also preserving the experience on your daily devices.

Are you running the first developer betas of iOS 13, macOS 10.15 Catalina, watchOS 6, and tvOS 13? If so, what bugs have you noticed? Let us know down in the comments.