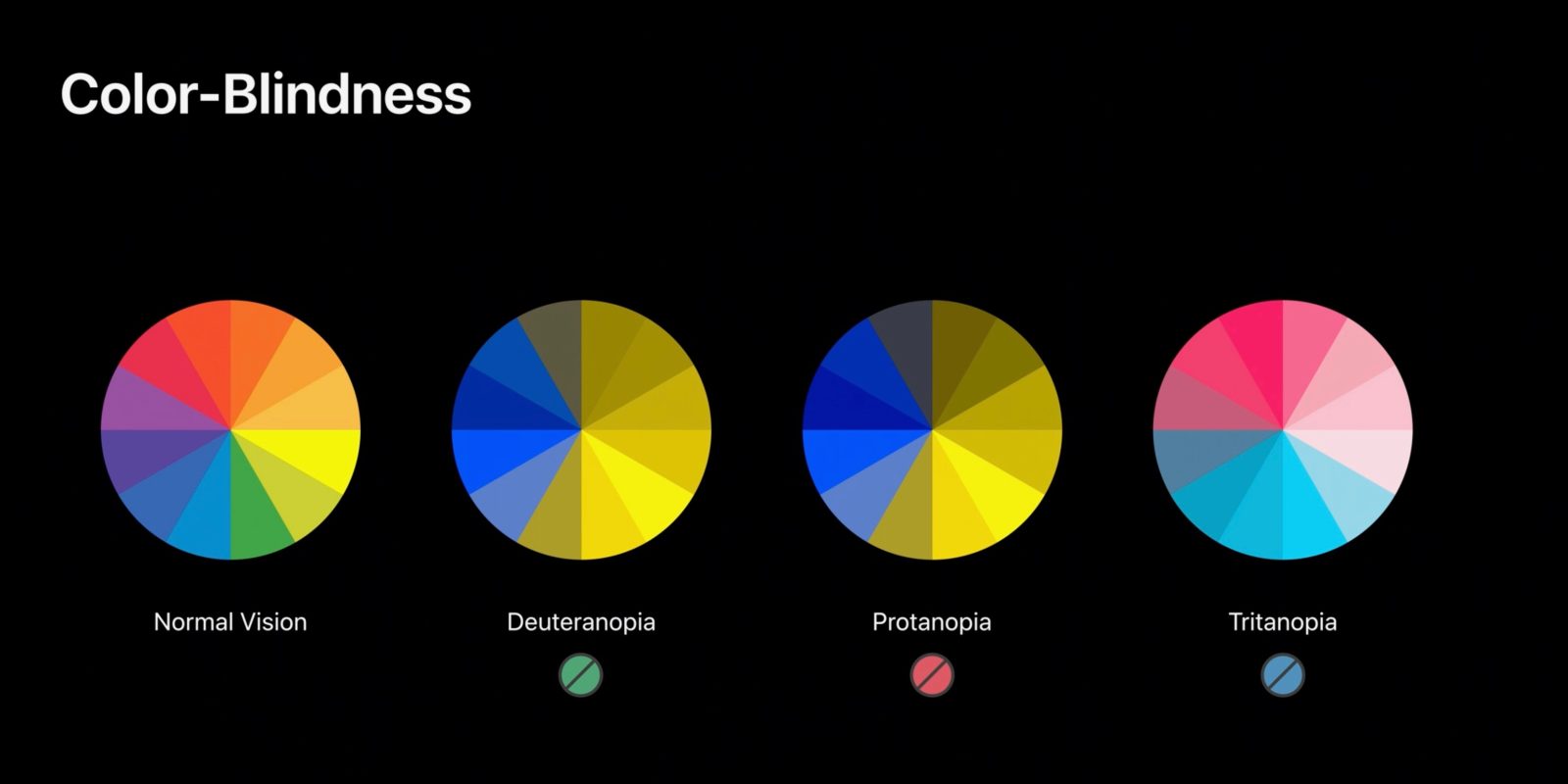 This week during Apple’s WWDC sessions for developers the company showed off some new features for accessibility coming to iOS 13. These include new settings to improve app interactions for users with various motion sensitivity and color-blindness disabilities. The new features will be available in Apple’s own apps starting with iOS 13 and in third-party apps via new APIs for developers.

Head below for full details on the new features:

Apple already had an option in previous versions of iOS to allow users with motion sensitivity to “Reduce Motion” to disable things like weather effects in the Weather app and the system Parallax effect. New for accessibility in iOS 13 is a setting for motion sensitivity that allows users to disable “Auto-Play Video Previews”.

The option is enabled by default, but after being disabled in iOS 13’s Accessibility settings, it will prevent video previews from automatically playing in Apple’s apps such as the App Store. While this was possible already via App Store settings, the new feature will apply system-wide to all Apple apps and also offer a new API for developers to extend the functionality to third-party apps. Developers will also be able to allow users to override the system setting to allow automatic previews in only specific apps. 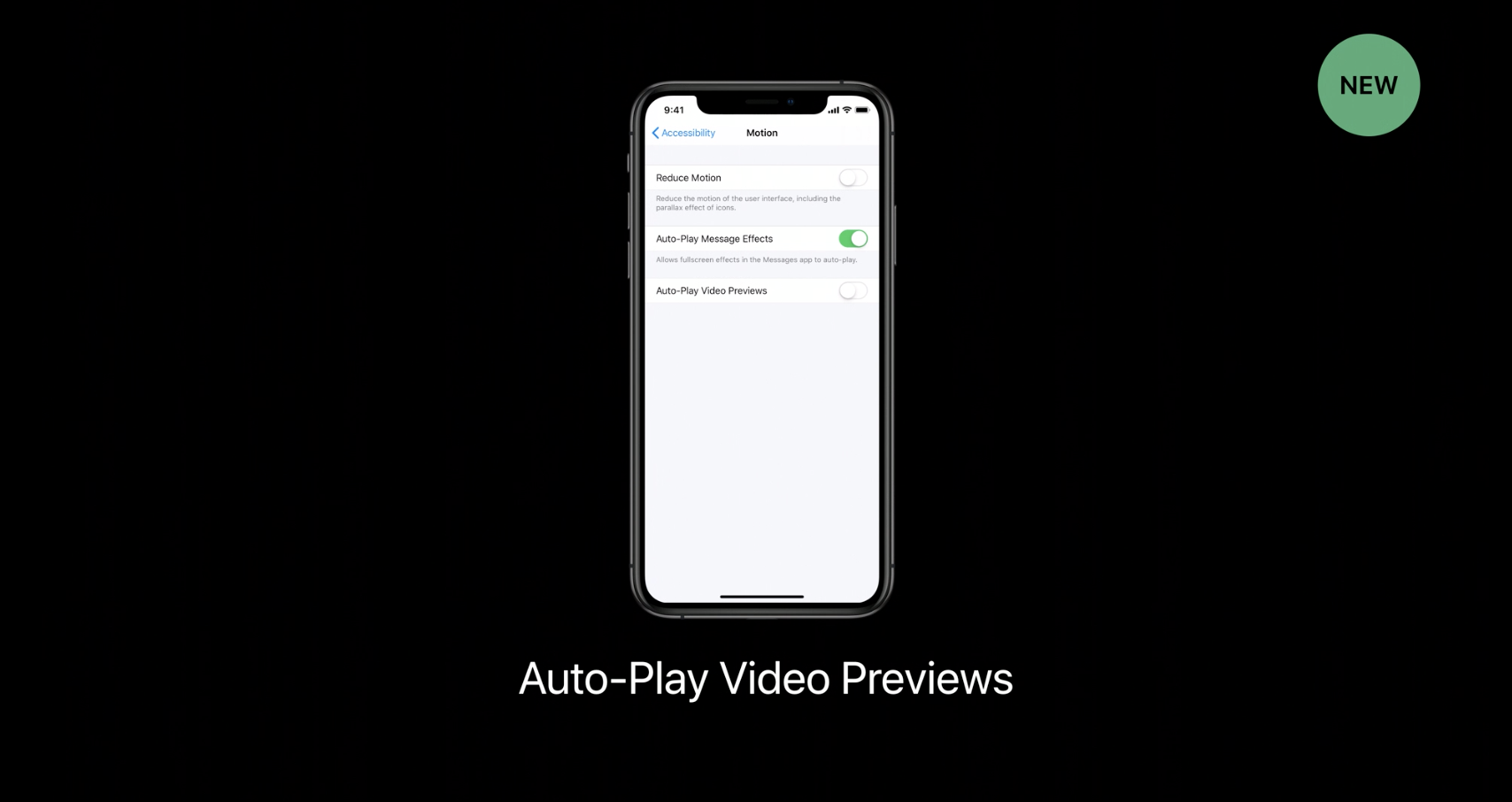 This new setting under Motion preferences in Accessibility switches the usual lateral screen transition animation when navigating apps to a new dissolved cross-fade screen transition that will be preferable and less jarring for users with motion sensitivity. The new setting, called “Prefer Cross-Fade Transitions”, can be turned on only after the “Reduce Motion” setting is enabled. 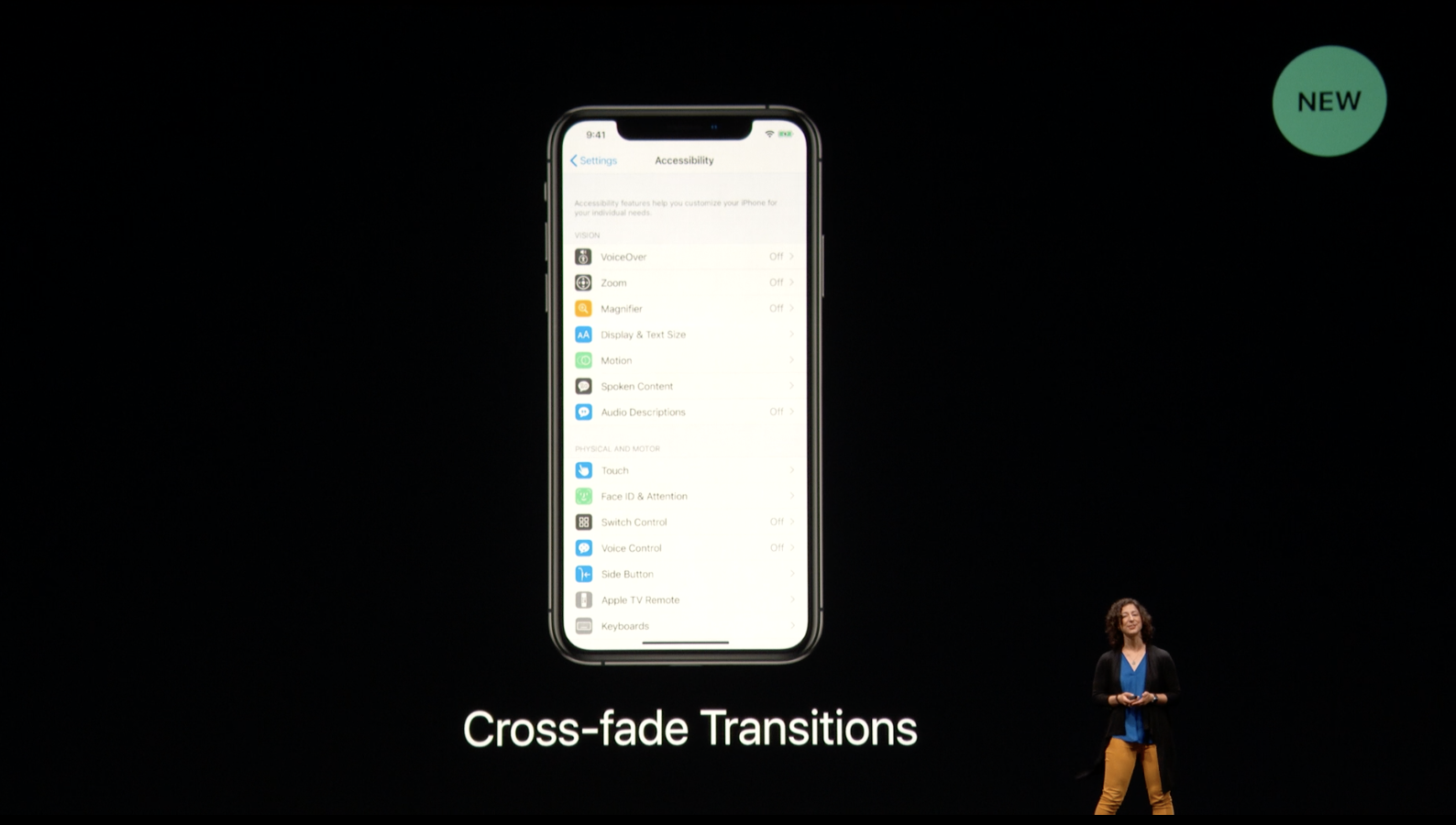 For developers, UIKit implements these dissolved transitions automatically for users that have the “Prefer Cross-Fade Transitions” setting enabled.

A new option being brought over from Mac to iOS for users with color-blindness is called “Differentiate with Color”. The new setting will be available under the “Display & Text Size” pane in Accessibility settings. 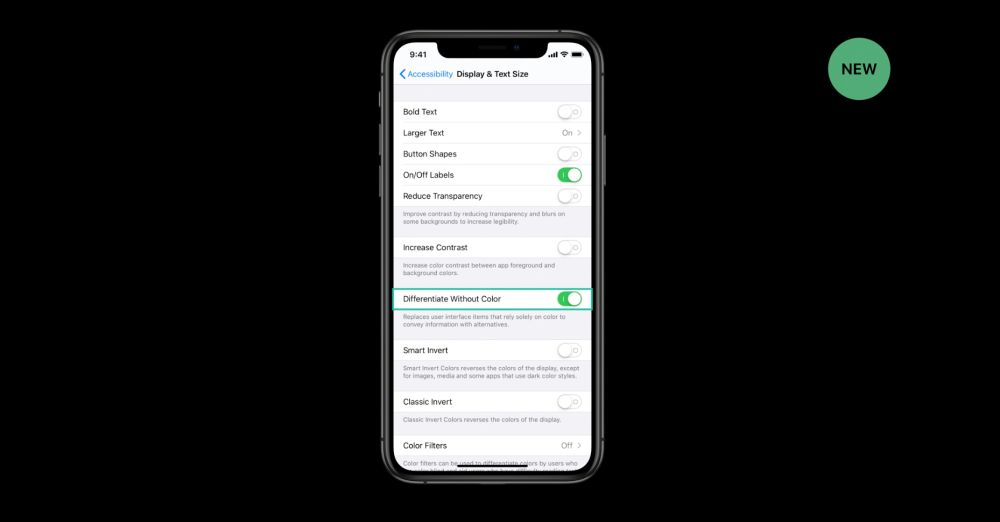 The basic idea is that the setting will automatically replace user interface elements that rely solely on color to alternatives that are easier to differentiate. Apple noted during its WWDC presentation for developers that the new feature will help people with color-blindness including users with deuteranopia, protanopia, and tritanopia that have trouble distinguishing between certain colors that might be critical to understanding or controlling the user interface.

When developers implement the setting for their app, they will replace any color indications with a shape or symbol that doesn’t rely on color. A game, for example, that utilizes different colors to indicate player 1 and player 2 might switch to a unique icon to differentiate between players.

In addition to the features above, Apple’s new SwiftUI for developers also adds new capabilities for developers to make their app accessible with much less effort than ever before. That includes things like accessible images and controls with the help of a new SwiftUI Accessibility API for adding interface elements such as elements including labels, values, hints and more.