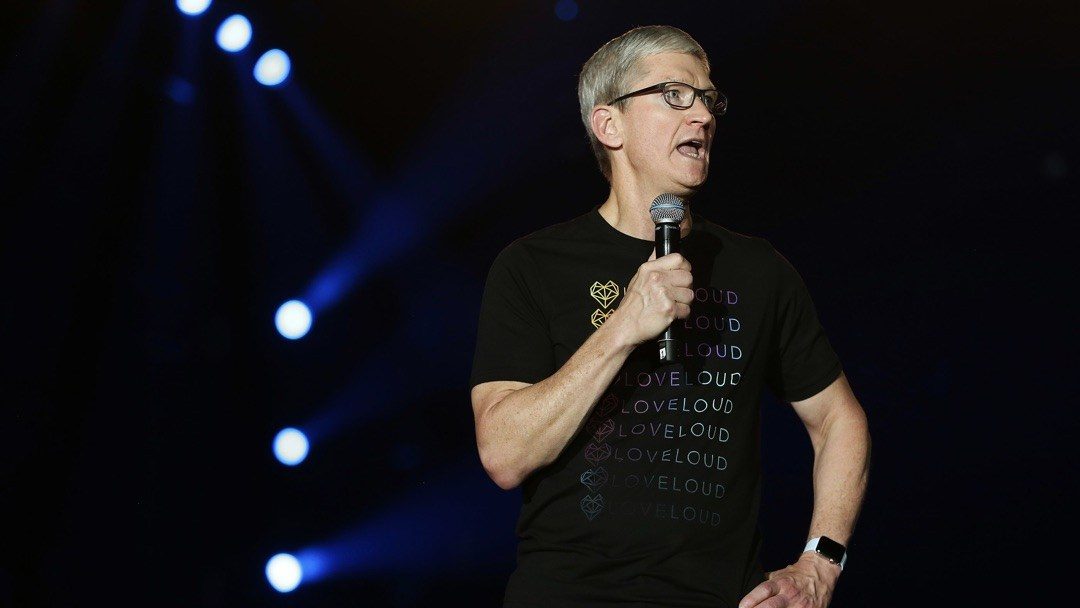 Apple CEO Tim Cook is set be honored by educational organization GLSEN later this year. Cook will receive the Champion Award for his involvement in fighting for LGBTQ rights and equality.

GLSEN says that Cook will receive the award for “his ongoing commitment to fighting for LGBTQ rights and creating safe spaces for members of the LGBTQ community.”

In a statement, Cook said that he is grateful for the honor and that Apple’s commitment to equality is what drives employees to do their best work every day as innovation relies on an openness to new ideas:

“I am grateful to GLSEN for this honor and for all their work to ensure the LGBTQ community is treated with dignity and respect,” said Tim Cook, CEO of Apple. “At Apple, our commitment to inclusion helps us do our best work, each and every day. Innovation depends on openness to new ideas, a culture of curiosity and a climate free from shame and stigma — that’s true not only true for Apple, I believe it’s true for everyone.”

In 2017, Cook was awarded the Free Expression Award for his public positions on social issues like privacy and LGBTQ rights. He was also honored by the Human Rights Campaign in 2015 and has called out controversial legislation that affects LGBTQ rights.

Cook will be presented with the award at the 2019 GLSEN Respect Awards in Los Angeles on Friday, October 25th. Read the full press release below.

Annual Gala Will Take Place on Friday, October 25 at the Beverly Wilshire

Los Angeles, California (June 20, 2019) – GLSEN, the leading education organization working to create safe and inclusive K-12 schools for LGBTQ youth, is pleased to announce that it will honor Apple CEO Tim Cook at the 2019 GLSEN Respect Awards – Los Angeles. Cook will receive the Champion Award for his ongoing commitment to fighting for LGBTQ rights and creating safe spaces for members of the LGBTQ community.  The ceremony will take place on Friday, October 25 at the Beverly Wilshire. Additional honorees will be announced in the coming weeks.

“I am grateful to GLSEN for this honor and for all their work to ensure the LGBTQ community is treated with dignity and respect,” said Tim Cook, CEO of Apple. “At Apple, our commitment to inclusion helps us do our best work, each and every day. Innovation depends on openness to new ideas, a culture of curiosity and a climate free from shame and stigma — that’s true not only true for Apple, I believe it’s true for everyone.”

As Apple’s CEO, Cook has championed inclusion and diversity, investing in educational opportunities for students of all ages and backgrounds, and ensuring Apple offices and stores are open and welcoming to everyone. In the eight years since Tim became CEO, Apple has given millions of dollars to the American Red Cross and other NGOs, has become the largest corporate donor to (RED) to fight AIDS in Africa, and became Malala Fund’s first Laureate partner.

Last year, Tim was again named to Fortune’s World’s 50 Greatest Leaders list. He has also been named Person of the Year by the Financial Times and honored with the Newseum’s Free Speech Award for using his position to take a public stand on important social issues. In April 2018, observing the 50th anniversary of Dr. Martin Luther King, Jr.’s death, the Southern Christian Leadership Conference presented Tim with its Keeper of the Dream Award for Human Rights. Apple has ranked #1 on Fortune’s World’s Most Admired Companies for the past twelve years, including each year Tim has been CEO.

“GLSEN is profoundly honored to present the Champion Award to Apple CEO, Tim Cook, and to celebrate his visionary leadership and extraordinary philanthropic work, said Eliza Byard, Executive Director of GLSEN. “In pursuing our mission to promote inclusive and affirming K-12 schools for LGBTQ students, we seek to bring about our shared vision of full inclusion for LGBTQ people everywhere and a more vibrant world.”

The GLSEN Respect Awards, introduced in 2004 and held annually in Los Angeles and New York, showcase the work of students, educators, community leaders, and corporations who serve as exemplary role models and have made a significant impact on the lives of LGBTQ youth. Past honorees include Kerry Washington, Jessica Biel and Justin Timberlake, Marilyn & Jeffrey Katzenberg, Julia Roberts and Danny Moder, Zendaya, Brendon Urie, Shonda Rhimes, and Carla Gugino.

For nearly three decades, GLSEN has led the way on LGBTQ issues in K-12 education through ground-breaking original research, innovative program development, educator training, student organizing, and targeted state and federal advocacy. With the development of educational resources, direct engagement of youth and educators, and GLSEN national programs like Day of Silence, No Name-Calling Week, and Ally Week, GLSEN has seen the impact of its work in measurable improvements in the lives of LGBTQ students in the United States.

Tables and sponsorships for the Respect Awards are available now. For additional information, please visithttps://www.glsen.org/respectawards.

GLSEN works to create safe and inclusive schools for all. We envision a world in which every child learns to respect and accept all people, regardless of sexual orientation, gender identity, and/or gender expression. Each year, GLSEN programs and resources reach millions of students and educators in K-12 schools across the United States, and our network of 39 community-led chapters in 26 states brings GLSEN’s expertise to local communities. GLSEN’s progress and impact have won support for inclusive schools at all levels of education in the United States and sparked an international movement to ensure equality for LGBTQ students and respect for all in schools. For more information on GLSEN’s policy advocacy, student leadership initiatives, public education, research, and educator training programs, please visit www.glsen.org.