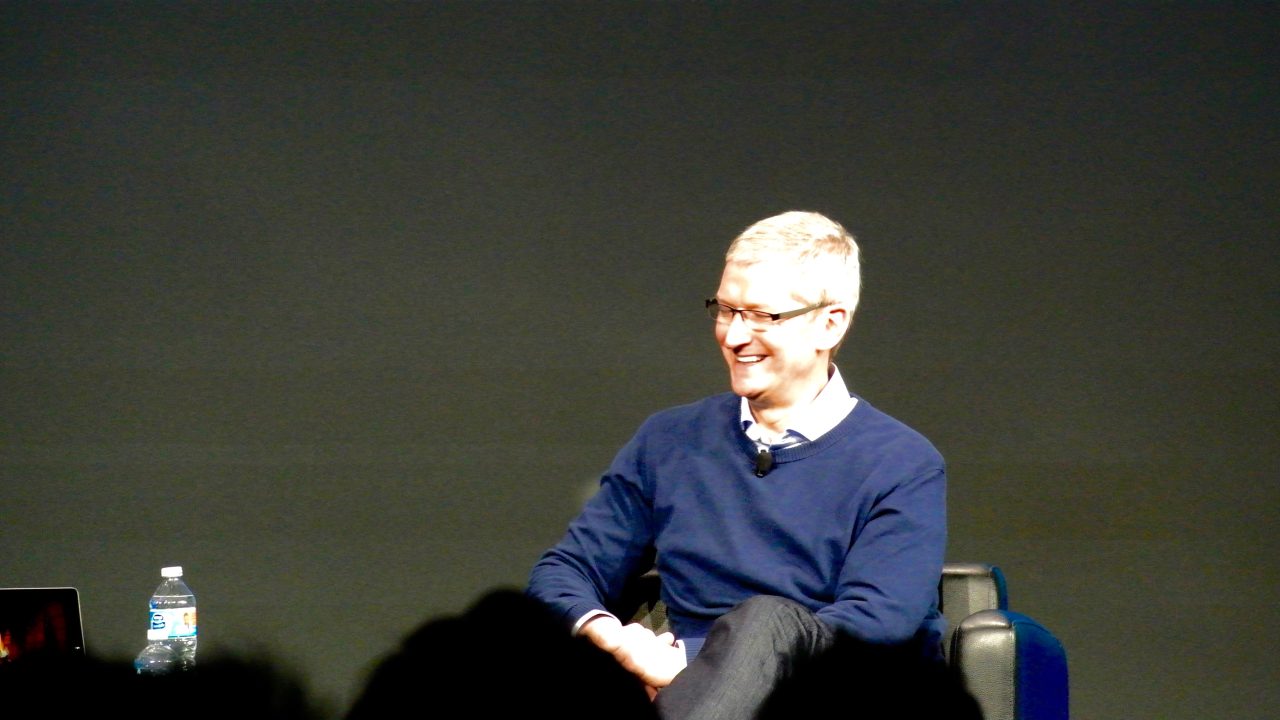 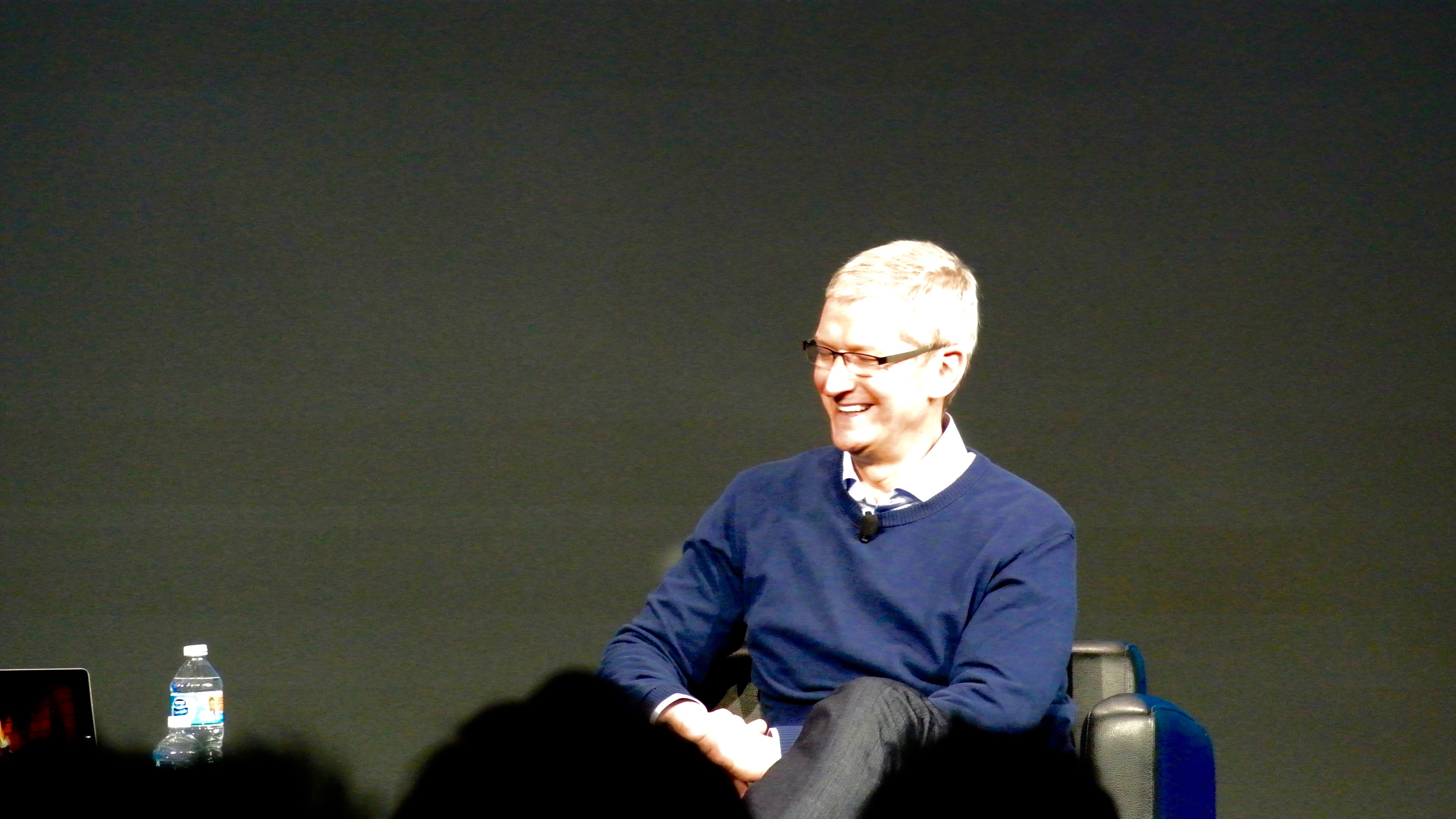 Speaking before an audience in Washington D.C. tonight, Tim Cook was honored with the Human Rights Campaign’s National Visibility Award at a dinner where he discussed the fight against discrimination and inequality. The Apple CEO famously wrote earlier this year about being gay, making Cook the first chief executive of a Fortune 500 company to openly come out. In the essay in which he first publicly acknowledged his sexuality, Cook shared that he felt it was more important to help other people facing discrimination for being gay than it was to protect his private life. Delivering a speech at the HRC dinner, Cook declared that “sometimes you just have to be loud.” 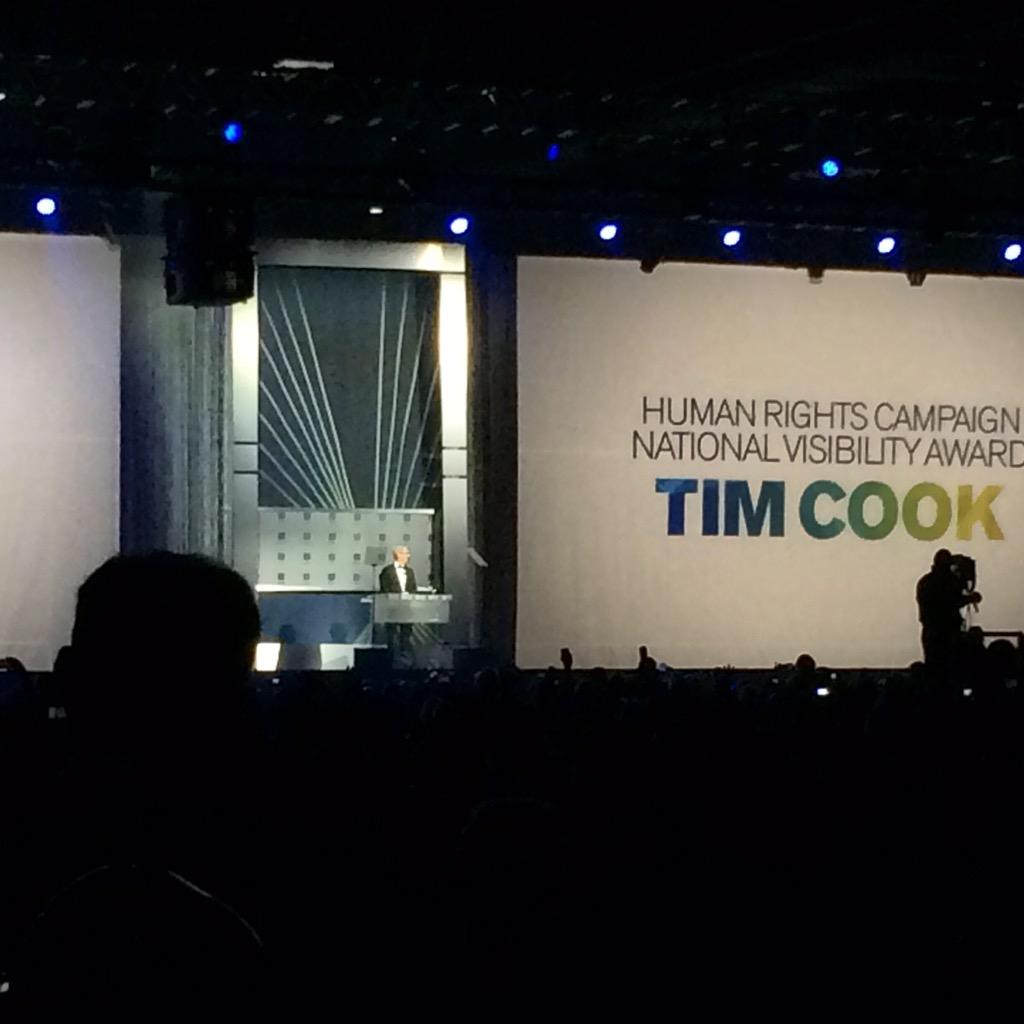 “People need to hear that being gay does not give you limitations in life,” the Apple CEO told the crowd attending the dinner.

During his tenure leading Apple, Cook has adopted a much louder voice on social issues, comparing controversial religious freedom laws that critics say discriminate against same-sex couples to the days racial segregation.

Apple has quite visibly participated in San Francisco’s annual LGBT Pride parade in recent years, too, even promoting LGBT content in the App Store at times and embracing LGBT-protection legislation as a company.

Also in attendance at the HRC dinner was Vice President Joe Biden, who shared a few words of his own about Tim Cook’s effort to be a voice for equality. Biden praised Cook for giving women and men of the LGBT community encouragement through his openness.

Prior to attending the Human Rights Campaign dinner, both Tim Cook and the Newseum in Washington D.C. tweeted about his visit to the freedom of speech museum.

Some perspective from those in attendance:

HRC president Chad Griffin had this to say about Cook:

“Tim Cook is a visionary whose leadership of Apple has been nothing short of remarkable,” said HRC President Chad Griffin. “His willingness to bravely and directly speak his truth has not only given hope to countless people around the world, it has saved lives. Through his example and Apple’s commitment to equality, LGBT young people in particular can look to Tim Cook’s incredible career and know that there is nothing holding them back. They can dream as big as their minds allow them to, even if they want to be the CEO of one of the world’s largest companies. HRC is honored to welcome Tim to our National Dinner.”