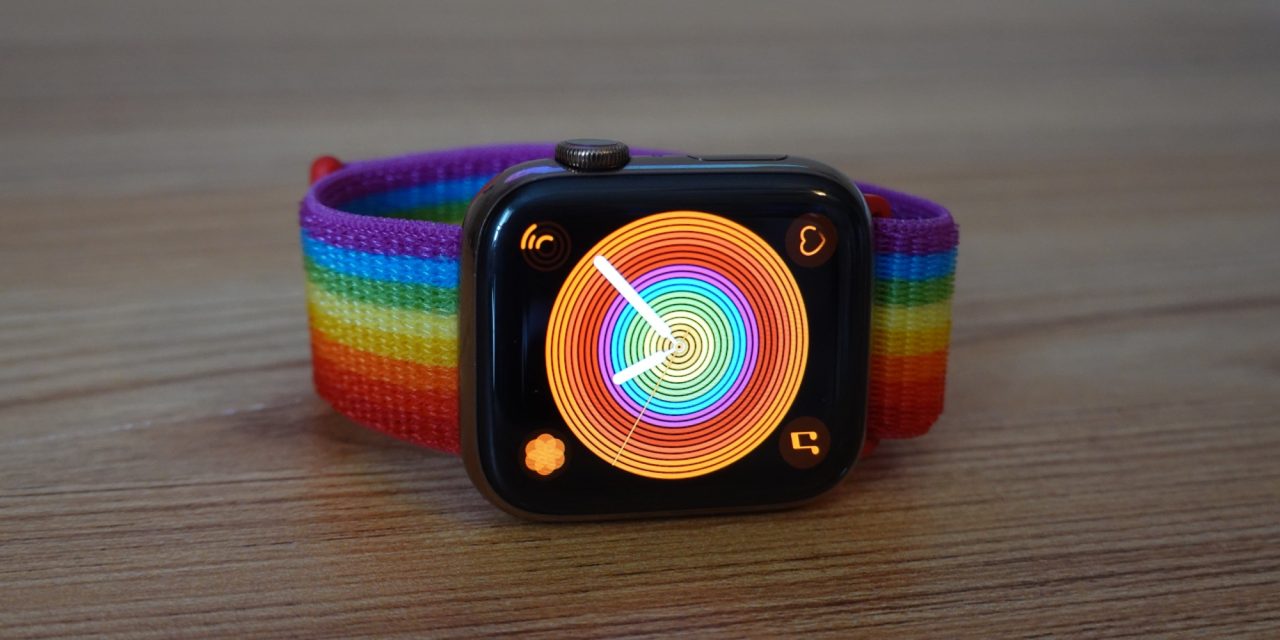 Apple’s Pride band dates back to June 2016 when the company gifted employees marching in the San Francisco Pride parade a woven nylon version of the strap. While the first Pride band was an employee-only perk, Apple started selling a slightly modified version of the strap a year later with a portion of proceeds from sales going to LGBTQ advocacy groups.

The 2017 Pride strap disappeared by September, setting the stage for the seasonal strap to become a limited edition item. It returned at WWDC 2018 with a new design on the same woven nylon material and a new Apple Watch face to match, then Apple stopped selling all woven nylon straps last fall.

In May, watchOS 5.1.2 for Apple Watch added brand new Pride faces including a new 2019 Pride digital watch face and the first-ever analog Pride face. The new full-screen 2019 Pride face on Apple Watch Series 4 was a major clue about the next Pride band design:

A few weeks later, Apple unveiled the 2019 Apple Watch Pride Sport Loop at WWDC 2019. Apple Stores have also refreshed Apple Watch display tables with Pride bands and custom Apple logos this year and last year during June when Pride parades are held across the world in part to recognize the 1969 Stonewall riots in New York City. 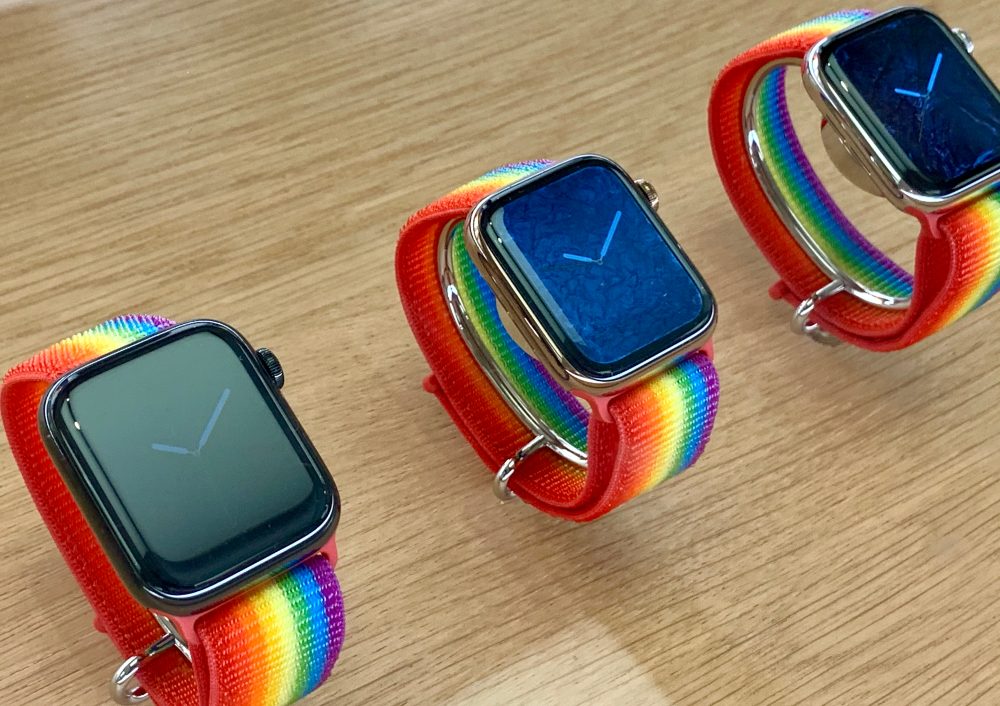 Last year’s Pride band works with Apple Watch Series 4 (38mm with 40mm, 42mm with 44mm) and the way it animates has been updated.

Both bands are stamped with Pride and their design year. 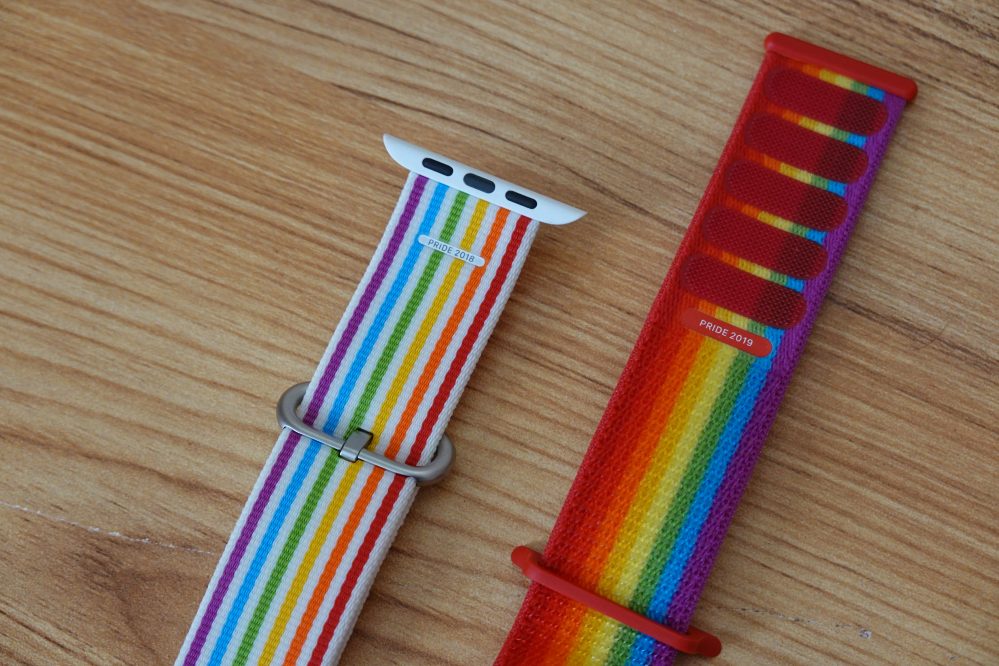 The 2019 Pride digital face is designed to line up well with the stripes on the Pride Sport Loop (as long as you connect the band in the matching orientation).

Personally, I enjoy the combination of the 2019 Pride Sport Loop with the original 2018 Pride digital face. The colors still line up well and contrast with the black background. 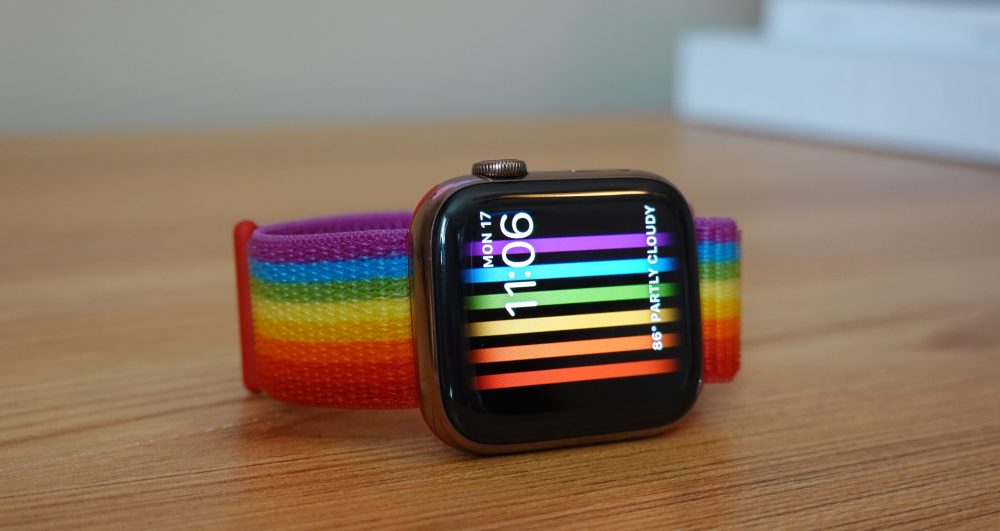 Apple’s 2019 Pride Smart Loop is available from Apple.com and Apple Stores for $49 for a limited time. Amazon.com is an authorized Apple reseller and also has inventory.