Use Sonos and Apple Watch? Lyd is your remote 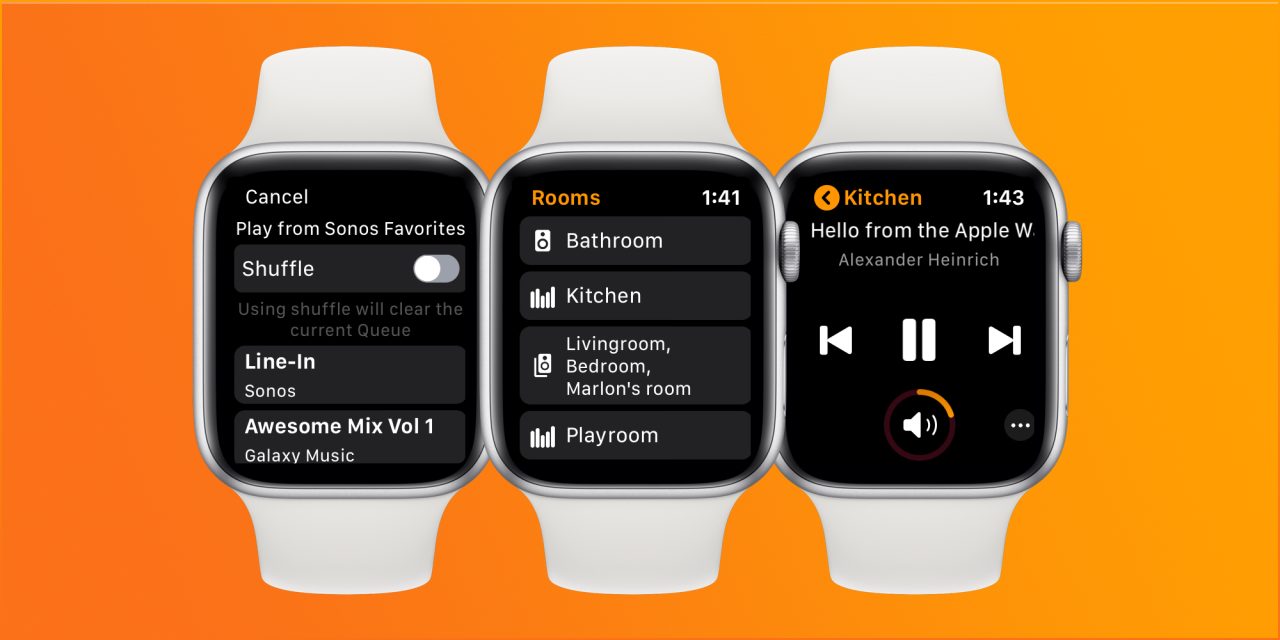 When the Apple Watch hit the market in 2015, the smart watch appealed as a great way to put a Sonos speaker remote on your wrist. I asked the founder and former CEO of Sonos about the idea during a briefing on the soon-to-debut Sonos Play:5. He didn’t rule it out:

Sonos is on iOS and Mac but not Apple Watch and Apple TV. Nothing to announce yet but Sonos is open to prototyping anything that enhances the Sonos experience for users. If Sonos needs any ideas, Apple Watch seems like a natural fit for a remote app while the new Apple TV could be a great central jukebox during parties.

That was nearly four years ago, that founder and CEO has left Sonos, and there’s no Sonos remote for the Apple Watch … from Sonos at least.

That’s where Lyd comes in. It’s a third party Sonos controller for the Apple Watch created by an indie developer based in Germany named Alexander Heinrich. Lyd only launched on the Apple Watch in March, and today Heinrich who recently returned from WWDC has released version 1.2 with new experience and design ideas inspired by help from Apple’s engineers and designers at the conference.

Lyd lets you remotely control your Sonos speaker playback, including adding speakers to your now playing group, changing volume, starting a new playlist, or setting a favorite radio station. You can even switch between Sonos households right on the Apple Watch, and the Siri watch face suggests launching Lyd intelligently.

Set up is simple if you already have an existing Sonos speaker system in your home. Just connect your Sonos account to Lyd from the iPhone app, then start using the Apple Watch remote to control your Sonos speakers. Lyd also supports Apple’s VoiceOver accessibility feature so more people can enjoy the app, and the latest version released today includes these improvements:

Lyd for Apple Watch is available on the App Store for $1.99. Check it out if you’re a Sonos enthusiast and an Apple Watch wearer. Check out lyd-for-sonos.app for more details, including the meaning behind the app’s name.