Apple debuts two new privacy-focused billboards, including one near a Google building 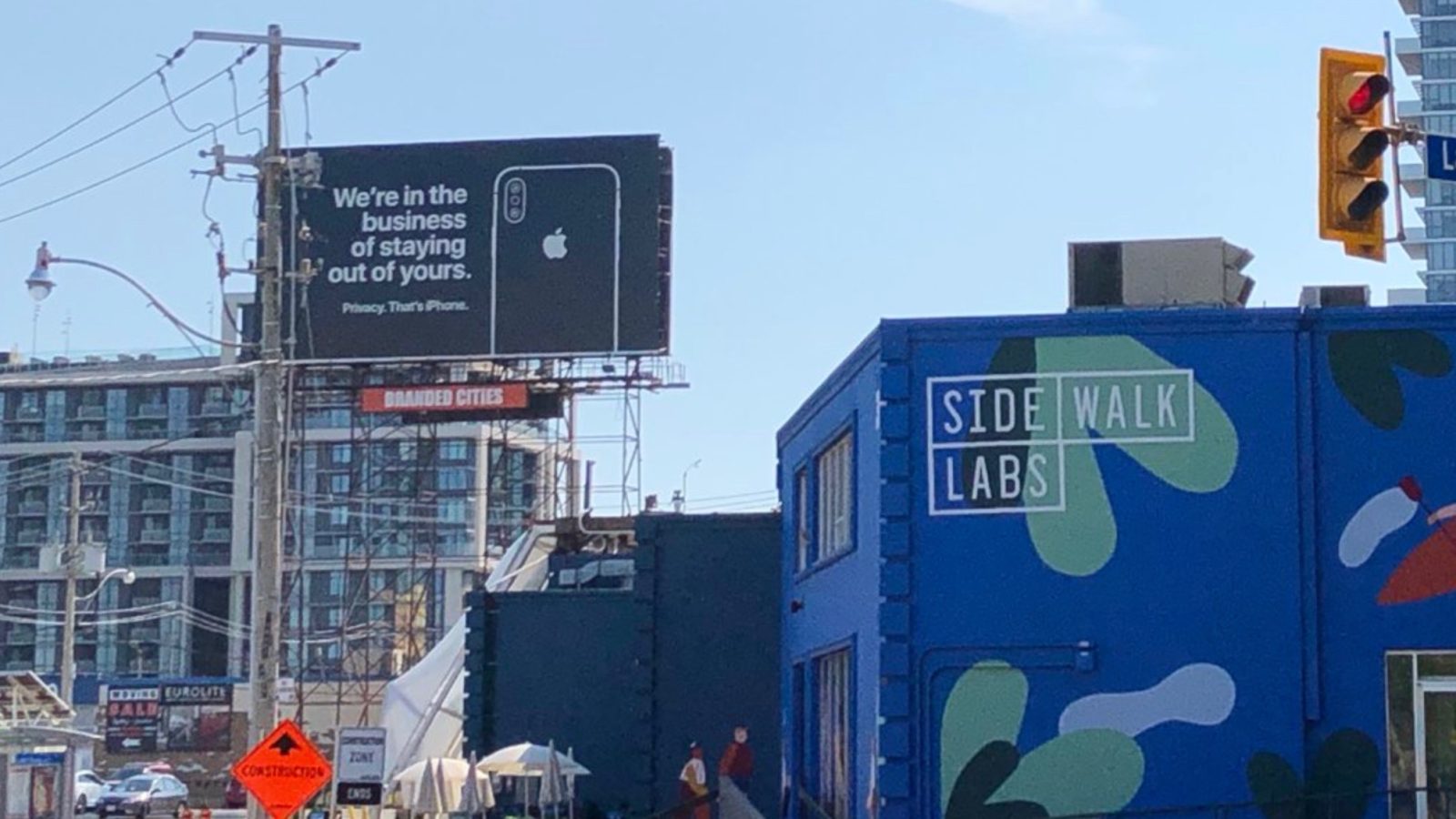 Ahead of CES back in January, Apple debuted new billboard advertisements highlighting its focus on user privacy. Apple is now continuing that campaign with two new billboards in Canada.

As spotted by Matt Elliot and Josh McConnell on Twitter, Apple has recently debuted two billboards in Canada promoting its privacy focus. The first billboard is located right outside of Sidewalk Labs’ headquarters in Toronto – and says “We’re in the business of staying out of your business.”

What makes that billboard particularly notable is that Sidewalk Labs is an Alphabet company, focusing on the company’s urban development initiative. Google and Apple have sparred over their differing privacy strategies in the past. Google’s efforts in Toronto have also come under fire.

The other new billboard simply states that “Privacy is King” and is subtly located on King Street in Toronto. iMore was first to note of these two new billboards in Canada.

In January, Apple debuted a new billboard in Las Vegas touting that “what happens on your iPhone, stays on your iPhone.” The billboard was strategically debuted the day before the Consumer Electronics Show.

Apple has heavily ramped its privacy-focused marketing recently. Back in March, it debuted a new video advertisement touting the iPhone’s privacy features in extremely relatable ways. These new billboards are a continuation of those efforts, and it’s likely that we’ll continue to see them expand as time progresses.

Oh I get it. It’s because it’s on King Street pic.twitter.com/3s8dCD6xC4