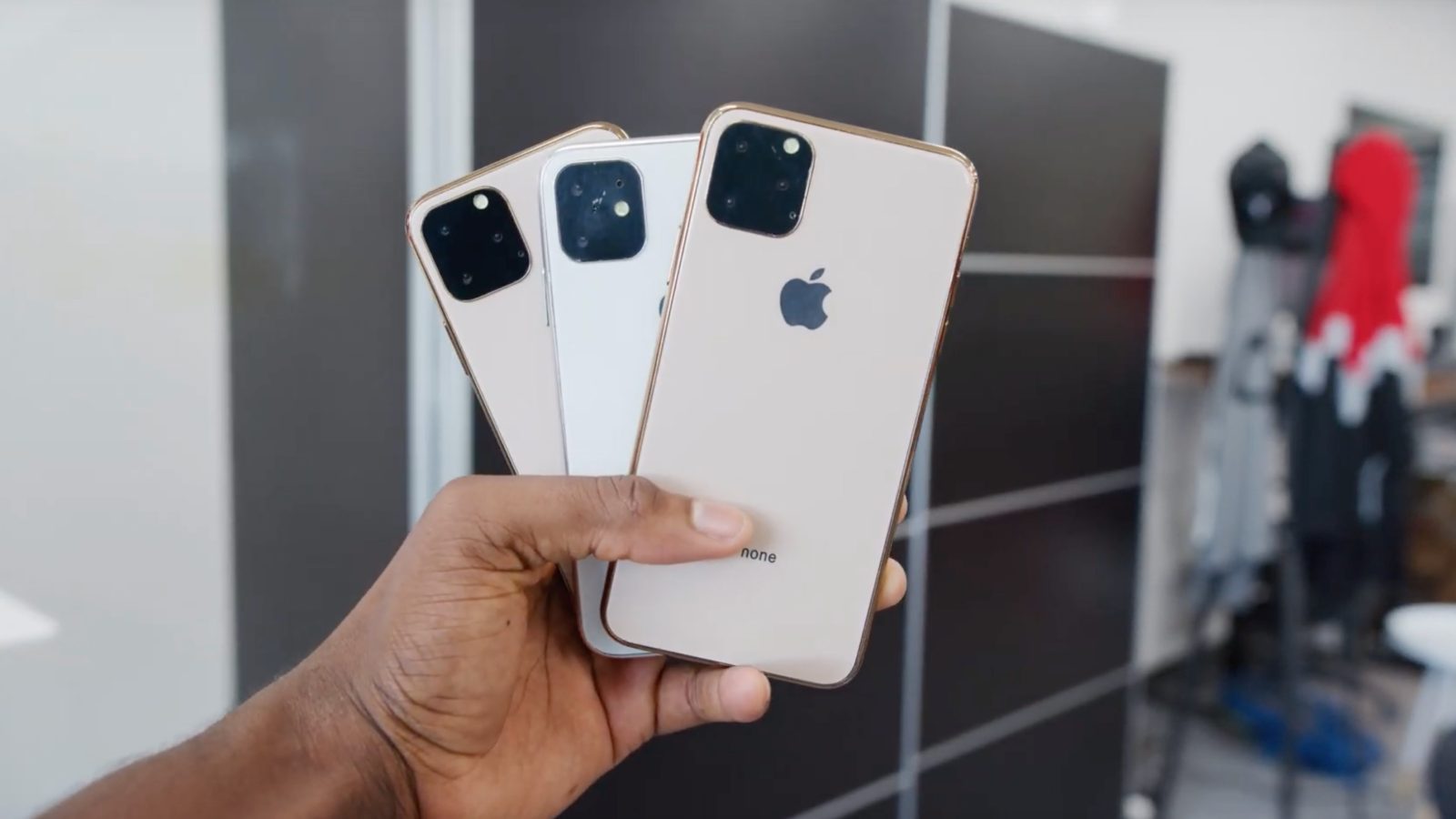 We’re two months away from Apple’s expected announcement of the new iPhone 11 lineup of devices. Ahead of that announcement, YouTuber MKBHD has gotten his hands on dummy models of the iPhone 11, iPhone 11 Max, and iPhone 11R, providing our clearest look yet at the new devices.

In the video, we get a close look at the new camera bump design, which now houses three lenses on the iPhone 11 and iPhone 11 Max. The new lens is expected to be an ultra-wide-angle lens, allowing users to take images that include a much larger field of view. These dummy units were obtained by MKBHD from Sonny Dickson.

What’s not shown in this video is the rumored “frosted glass” design that has been rumored for the iPhone 11. This was first suggested by Ming-Chi Kuo back in February, but we haven’t heard much else about it since then. The dummies also don’t show the redesigned mute switch that has been rumored.

Other rumored features of the iPhone 11 and iPhone 11 Max include support for bilateral wireless charging, which would allow you to charge Qi devices such as AirPods by placing them on the back of your iPhone. The iPhone 11 has also been rumored to drop Apple’s pressure-sensitive 3D Touch technology.

Watch the full hands-on video from MKBHD below and let us know what you think down in the comments below.

Read more about the iPhone 11: