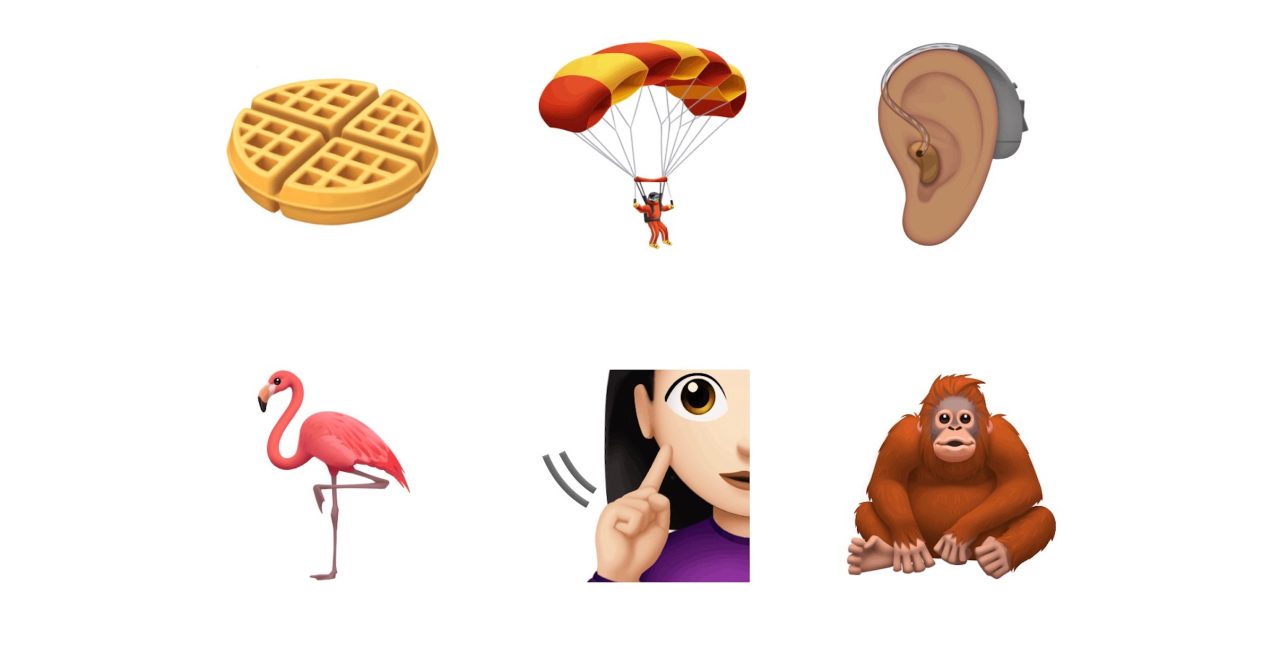 Tomorrow marks World Emoji Day, and Apple is getting a head start on the festivities by detailing 59 new iOS emoji coming later this year. Apple says the new emoji characters will be available on iPhone, iPad, Mac, and Apple Watch this fall.

Headlining the new emoji are a variety of new disability-themed options, which Apple says help represent its values and inclusiveness:

Following Apple’s proposal to the Unicode Consortium last year to introduce more disability-themed emoji, a new guide dog, an ear with a hearing aid, wheelchairs, a prosthetic arm, and a prosthetic leg will be available in the emoji keyboard.

Celebrating diversity in all its many forms is integral to Apple’s values, and these new options help fill a significant gap in the emoji keyboard.

The “Holding Hands” emoji will also get a major update this year, with Apple touting that users will now be able to select any combination of skin tone and gender, “to personalize the people holding hands, opening up more than 75 possible combinations.”

Other new emoji coming to iPhone, iPad, Mac, and Apple Watch this year include a new smiley face for yawning, a one-piece swimsuit, new food items such as a waffle, falafel, butter, and garlic, and new animals like the sloth, flamingo, orangutan, and skunk.

In total, the new 2019 emoji set includes 59 new characters that make up for 75 total variations when gender options are taken into account, and 230 options when skin tone options are included. The Unicode Consortium finalized the 2019 emoji earlier this year. View some of the new iOS emoji designs in the gallery below.