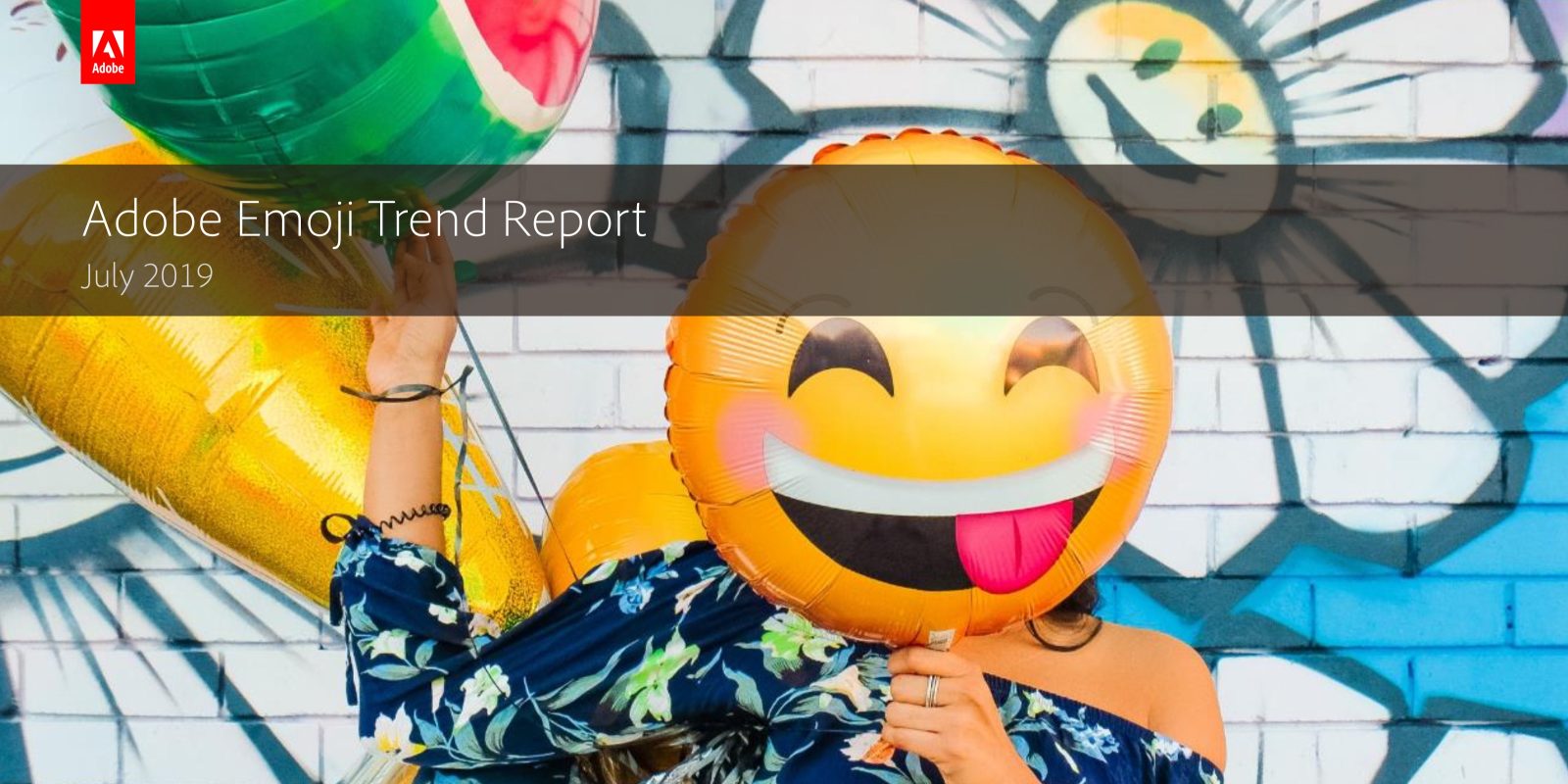 To celebrate World Emoji Day, Adobe has released an in-depth study on the latest emoji trends in the US including the most popular ones, the top emotions users like to express through emoji, the top reasons why users like to use emoji, and much more.

Adobe did its emoji trends survey that included open-ended and multiple-choice questions with US users ranging from age 16-73.

In celebration of the cultural phenomenon of emoji, Adobe is exploring the impact of this emerging digital language on our lives, relationships and communications ahead of World Emoji Day.

The three most popular individual emoji were 😂, ❤️, and 😘. As for pairings, the favorites were 😍😘, 😂🤣, and ❤️😘 making love and laughter the top used emoji. 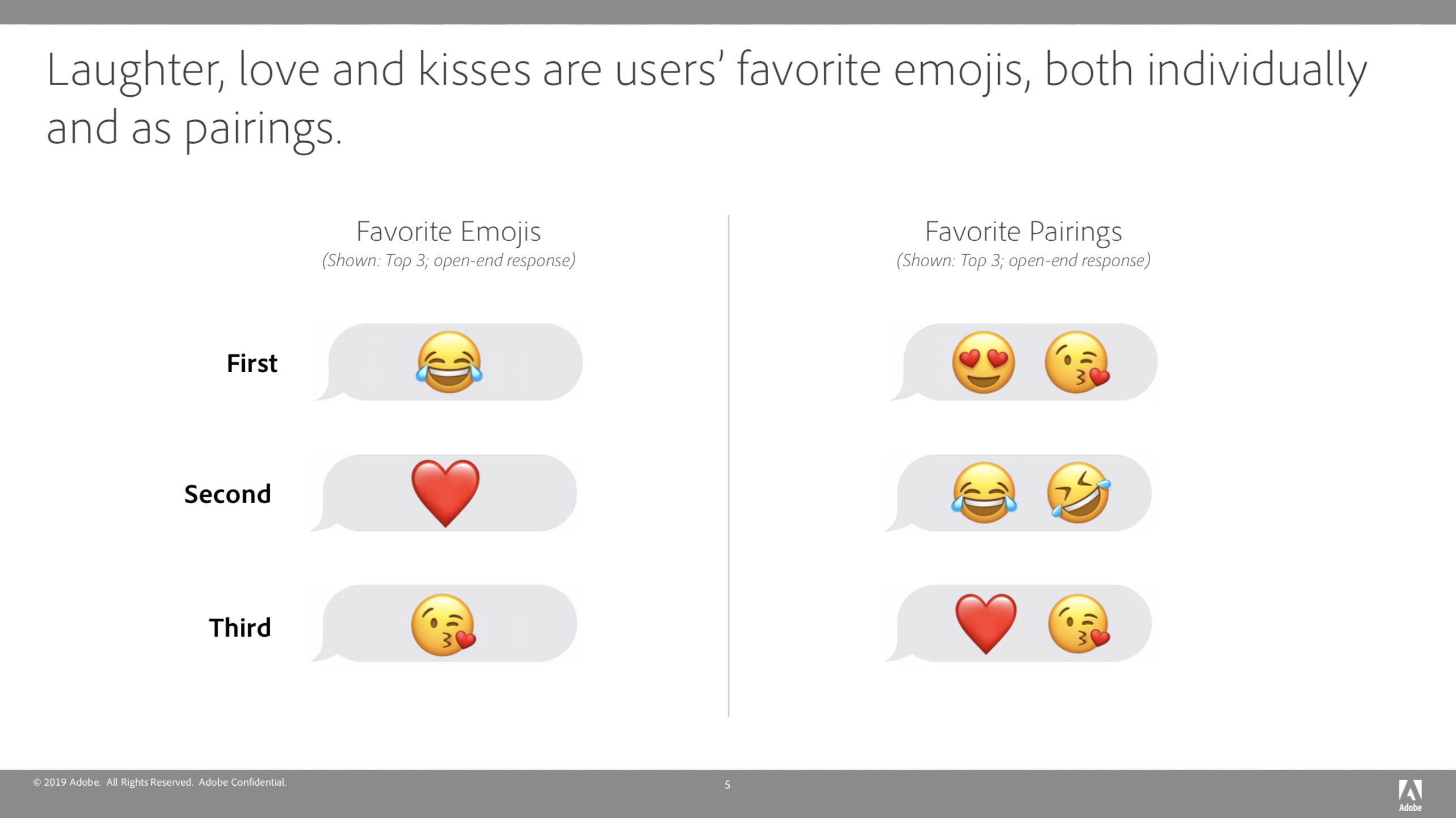 As for why people like to use emoji, “I want to make conversations more fun” was the number one answer. The second most popular reason was “emoji better communicate my thoughts and feelings…” with being more connected, the speed of emoji, and emoji painting a clearer picture than words making it in to the top five answers. 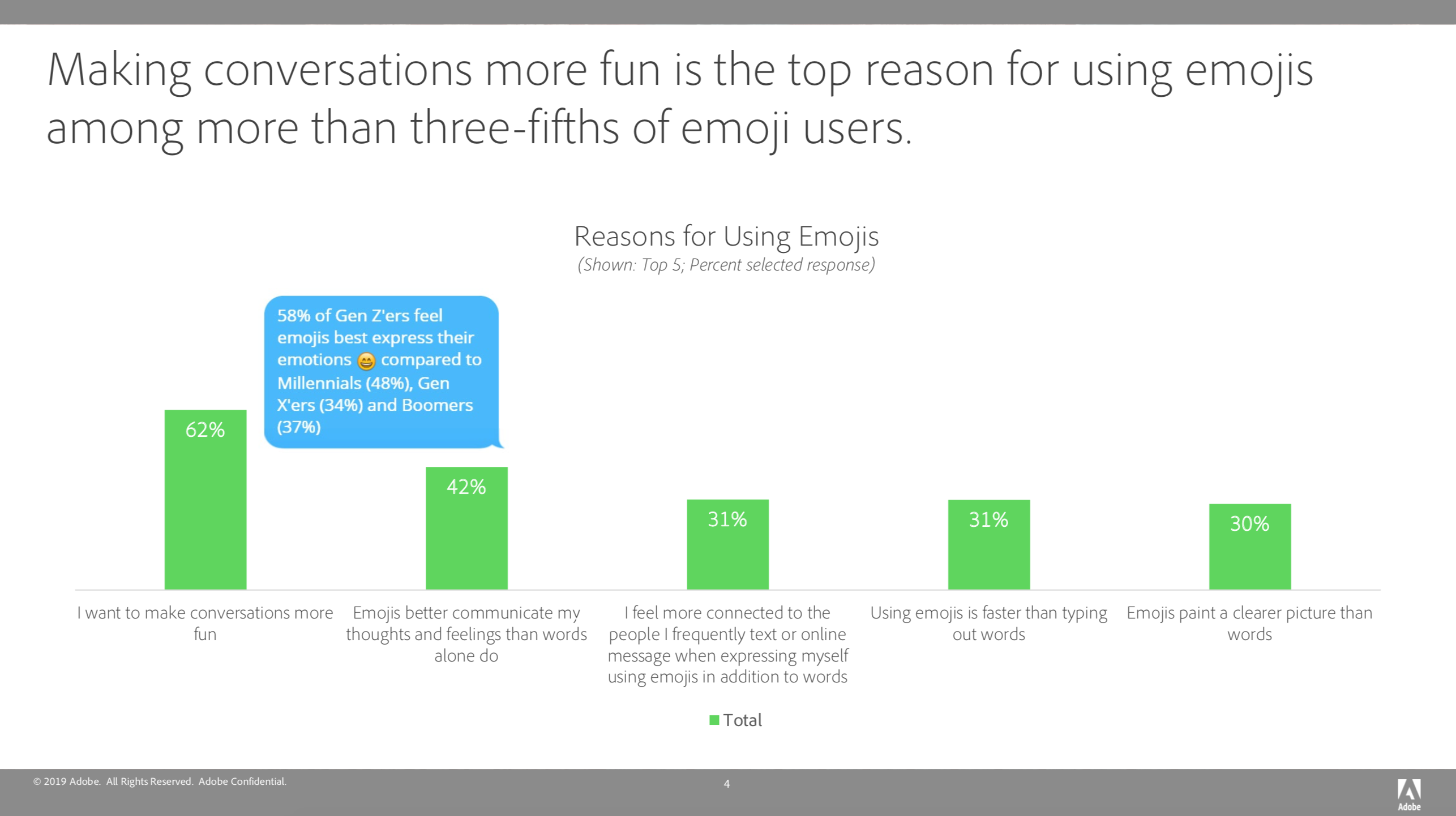 When it comes to emotions, emoji were used to express love, happiness, and sadness the most. Surprise, excitement, frustration, disgust, and support also made the top ten. 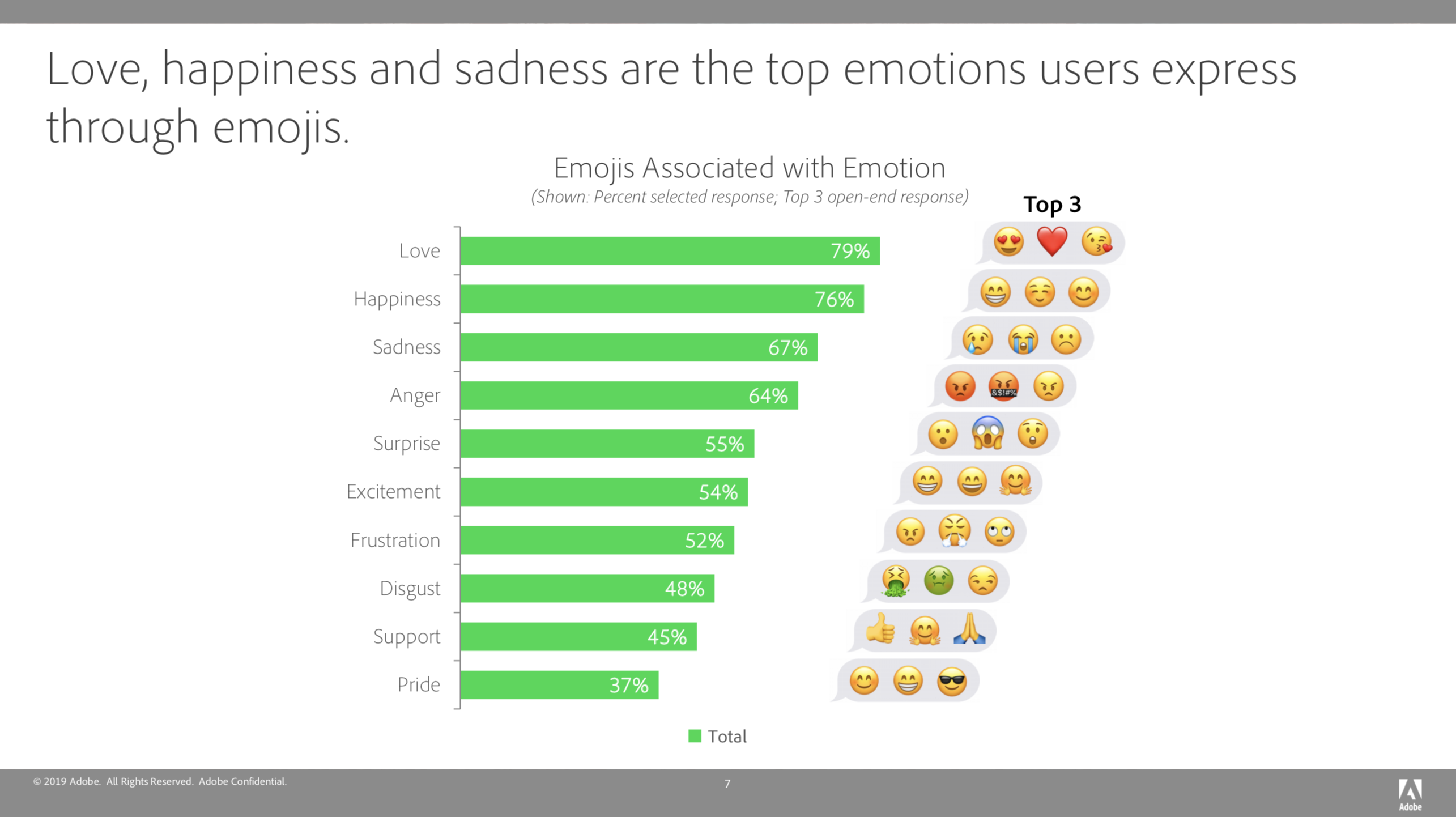 As for how often users are including emoji in texts, the average came out to be just shy of 50% of the time. Meanwhile, 27% of texts on average were only emojis (Generation Z users had a much higher average of exclusive emoji texts with 39%). 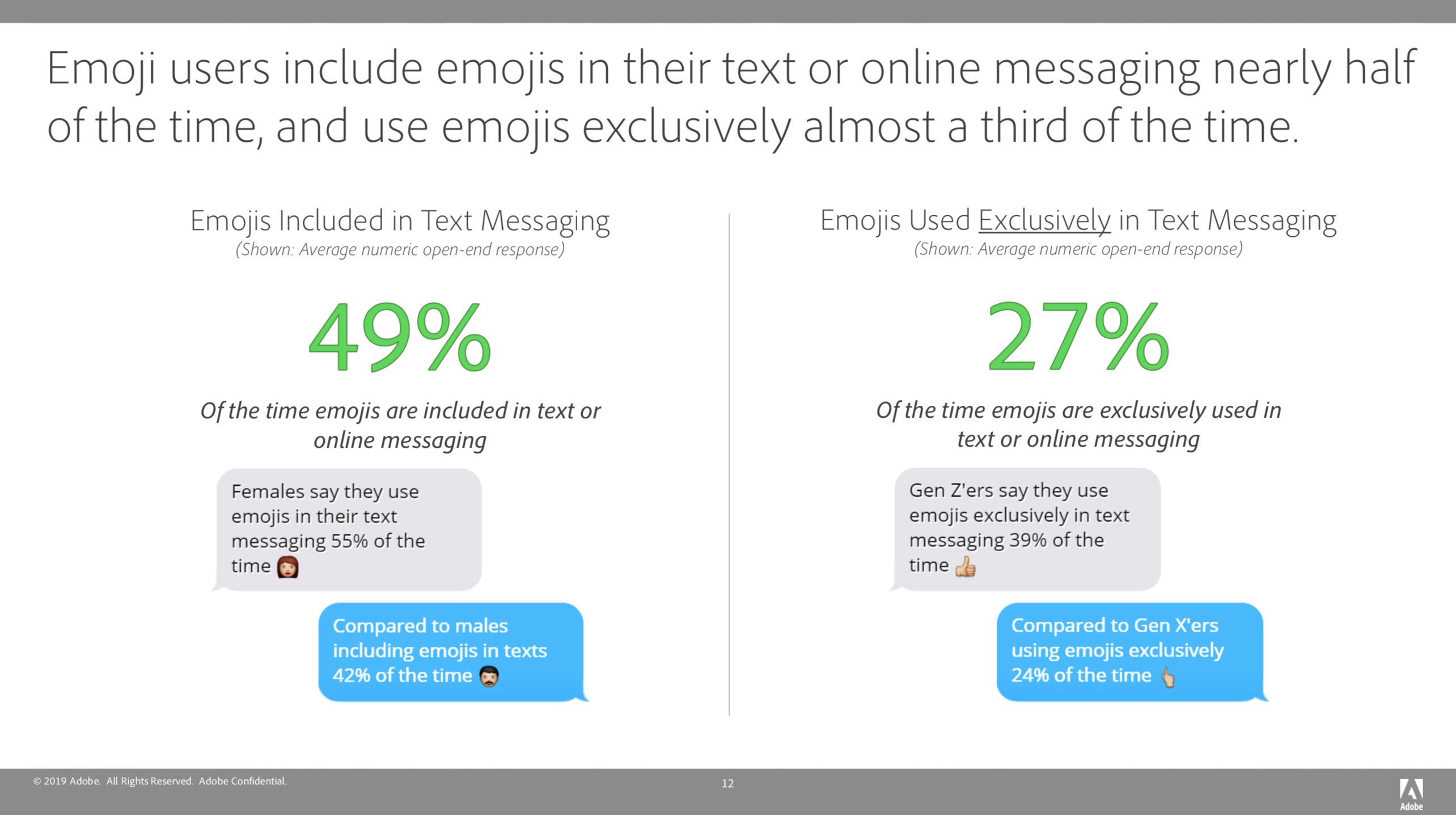 Another interesting data point from the survey was that the majority of people (65%) were more comfortable using emoji to express emotions compared to a phone call.

That number shot up for Generation Z users with 83% agreeing with the statement. 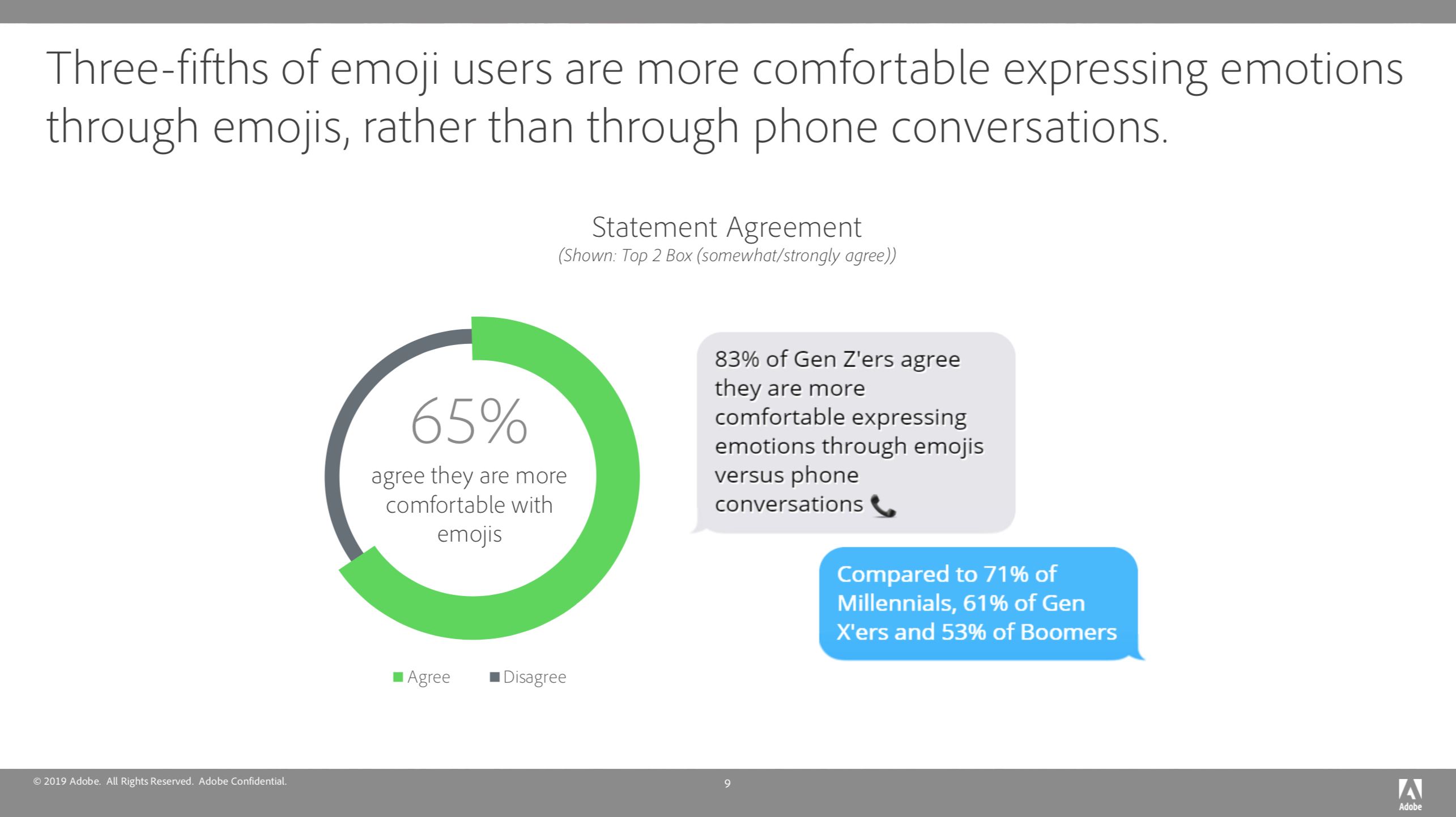 Adobe’s survey also noted that the majority of users like to customize emoji and want more options. This lines up with the 59 new emoji that are coming to Apple devices later this fall that include more diverse options like hearing aid, wheelchair, prosthetic arm and leg, many new holding hand emoji, and much more. 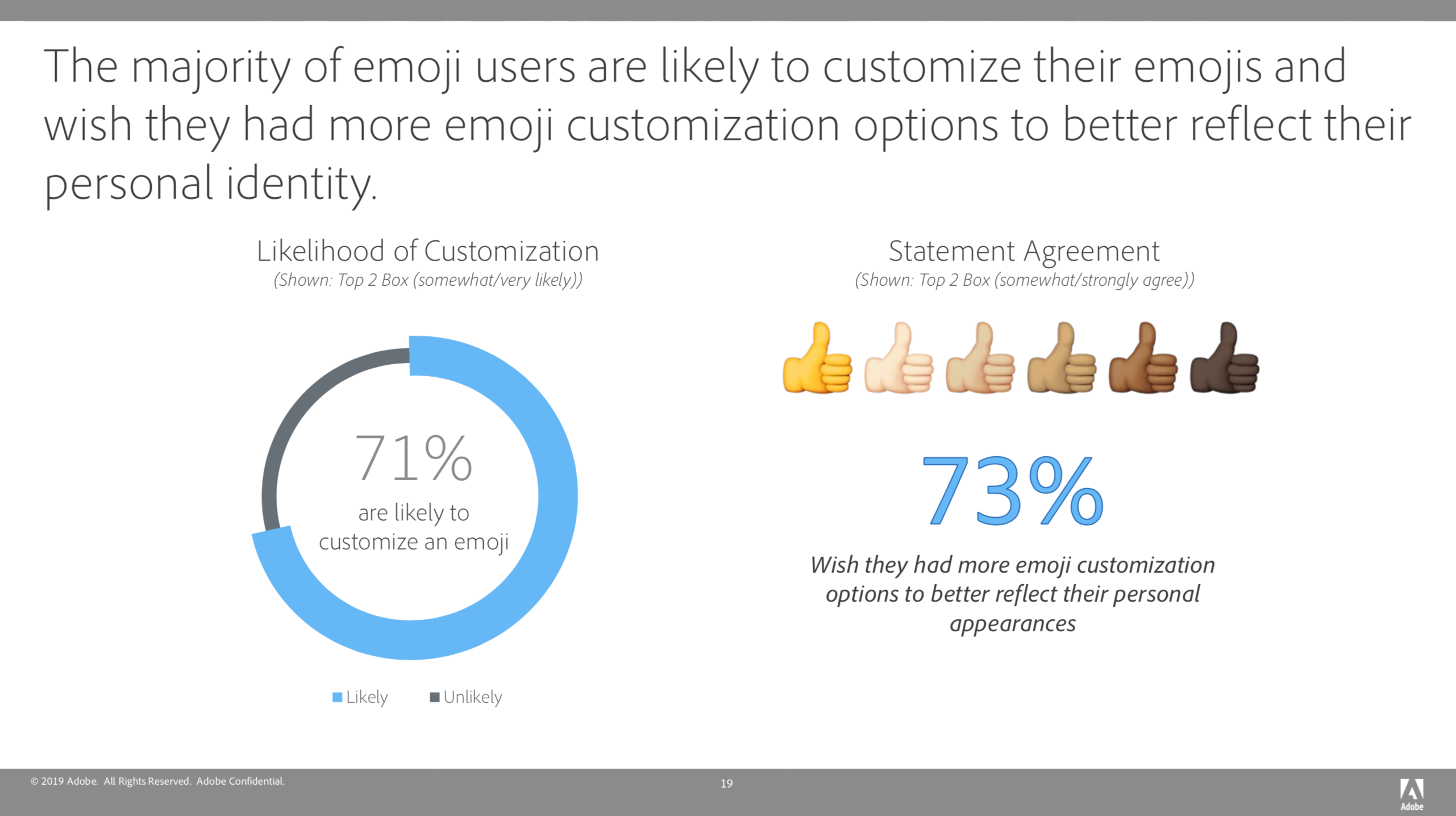 Adobe has also been a part of helping the Unicode Consortium launch its redesigned website, which happened today.