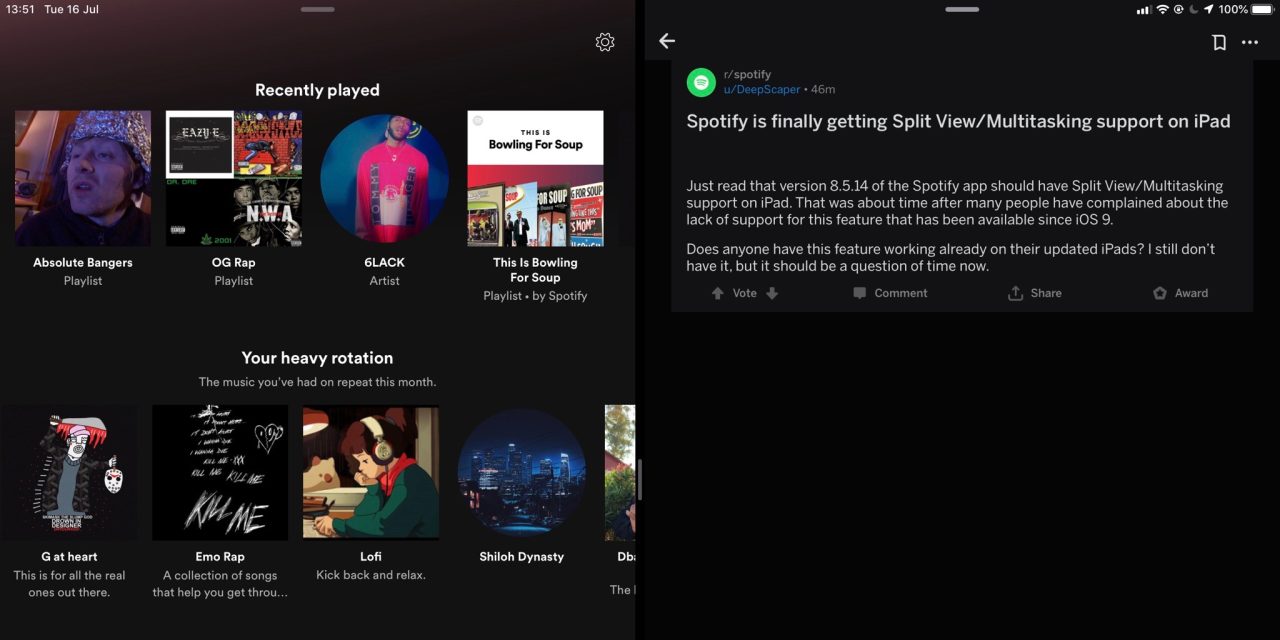 Even though Apple released its iPad multitasking features years ago, many third-party apps have been slow to adopt them. But better late than never. The latest version of Spotify for iOS now brings iPad support for Split View and Slide Over.

As reported by The Verge, Reddit user DeepScaper spotted the change coming with the latest Spotify iOS release. The company doesn’t typically reveal new features in its release notes, but others on Reddit confirmed the new multitasking support on iPad with screenshots.

With the latest update, users can use Spotify as a Slide Over window on top of a different app or use it beside another app in Split View.

Spotify for iOS is a free download from the App Store.

Earlier this year, Plex for iOS received the same upgrades for its iPad app. Meanwhile, Ulysses launched a custom, full-featured side-by-side feature for its iPad app back in May.

Instead of two different instances of the same app, Ulysses is offering users a dual-view of the same app, with full-featured control for each window (similar to the side-by-side tabs feature in Safari on iPad).

Are you excited to see Split View and Slide Over finally arrive for Spotify on iPad? Share your thoughts in the comments below.