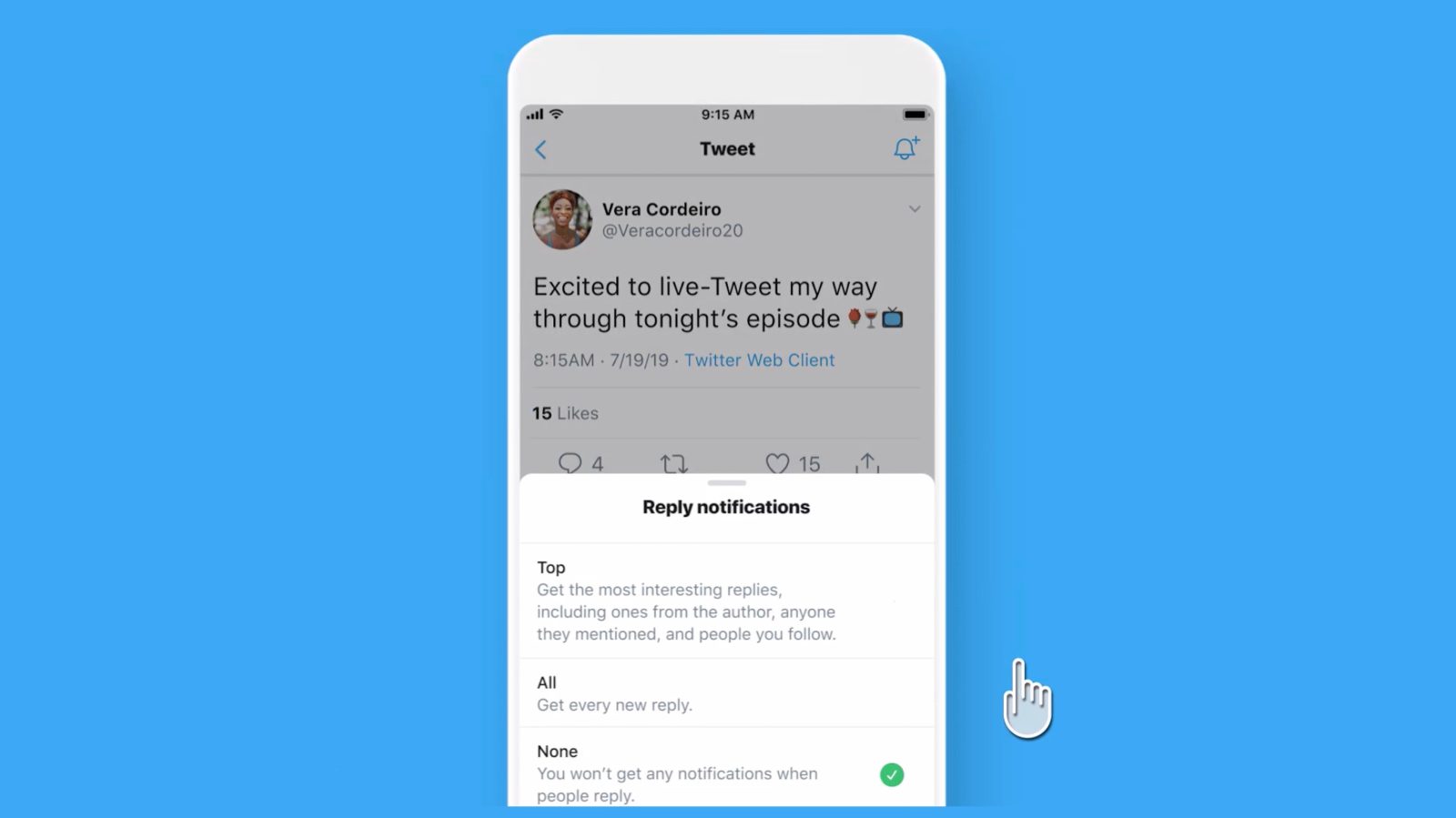 Twitter has detailed a feature it’s testing on iOS that allows you to receive notifications when someone replies to a tweet in which you’re interested. This feature was first discovered earlier this year.

In the Twitter app for iOS, you can tap a new “bell” icon on the details page for a tweet to manage notifications. When you tap this bell, you’ll see options for top, all, or none. Once you set your preference here, you can receive notifications anytime someone replies to that specific tweet:

This is an interesting feature if you’re following someone for specific information about a topic. For instance, if someone is offering live updates on an event, you might want to receive the new details as soon soon as they are made available.

On the complete opposite end of the spectrum, a discovery earlier this week detailed Twitter’s work on a new Snooze feature for notifications. This would allow you to silence notifications for a predetermined amount of times.

Twitter says it is currently testing the new feature on iOS, but did not say when it might roll out to everyone

You probably have notifications on for your must-follows. Now you can get notifications when there’s a new reply to a Tweet you’re interested in! We’re testing this on iOS and Android now. pic.twitter.com/MabdFoItxc