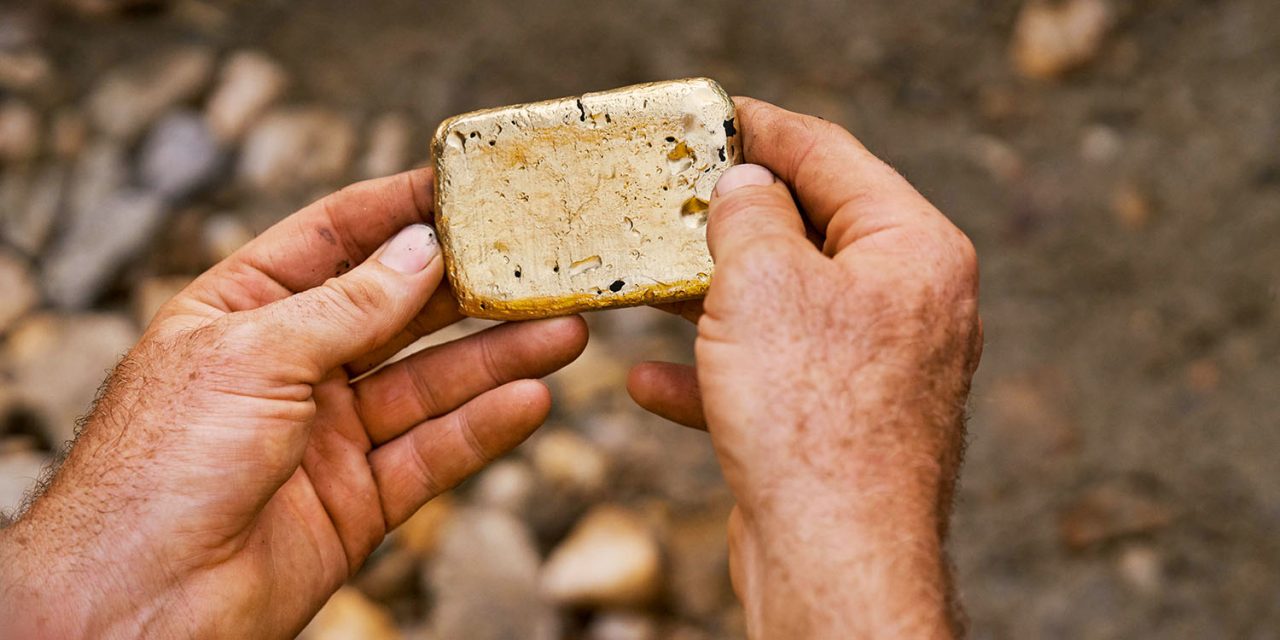 Apple gold supplies — used in small amounts in circuit boards — are now being sourced from miners who work to not only restore but improve the land used once operations are complete.

Jeweler Tiffany & Co has also signed up to the same initiative, which will reverse historic mining damage to rivers and streams in order to allow the return of salmon on the endangered species list…

There are hundreds of small and large placer mining operations in Alaska actively producing gold in the US. Placer mining sites sit along creeks and streams, giving miners the chance to re-mine for any nuggets or fine gold left over from the Yukon’s Klondike Gold Rush in the late 1890s.

Meanwhile, since 1991, 12 Pacific salmon runs have been listed under the Endangered Species Act (ESA). These routes that salmon use to make their run to their spawning beds each year are often adjacent to placer mining sites.

Damage done to these waterways can put the salmon at risk.

RESOLVE, a nonprofit organization tackling some of the planet’s most critical challenges through innovative, unexpected partnerships, wants to fix that. Their proposal: Combine re-mining with restoration to improve the streams and open them back up for salmon, grayling and other fish species to return.

Since RESOLVE first introduced the Salmon Gold partnership in 2017, the organization is connecting local placer miners, environmentalists and government agencies in order to course correct the damage done from historic mining in the region. Apple [and] Tiffany & Co will source gold from these miners who have committed to restore and improve the land they’re operating on when they’re done.

Apple says the move is part of its supplier responsibility program.

“As we continue to increase our use of recycled materials, we’re seeking out innovative ways to source gold responsibly,” says Paula Pyers, Apple’s head of Supplier Responsibility. “Partnering with Tiffany, a pioneer in sustainable sourcing, as well as RESOLVE ensures Salmon Gold can be an example of how the industry can evolve.”

Blockchain technology is used to ensure that gold used in Apple products is trackable from the mine through the refiner to suppliers.

Apple publishes an annual supplier responsibility report, which this year showed a drop in core violations with no serious safety or health violations found. The iPhone maker also has a separate conflict minerals report which this year showed that five mineral smelters and refiners had been dropped from Apple’s supply-chain for failing to meet the company’s human rights standards.