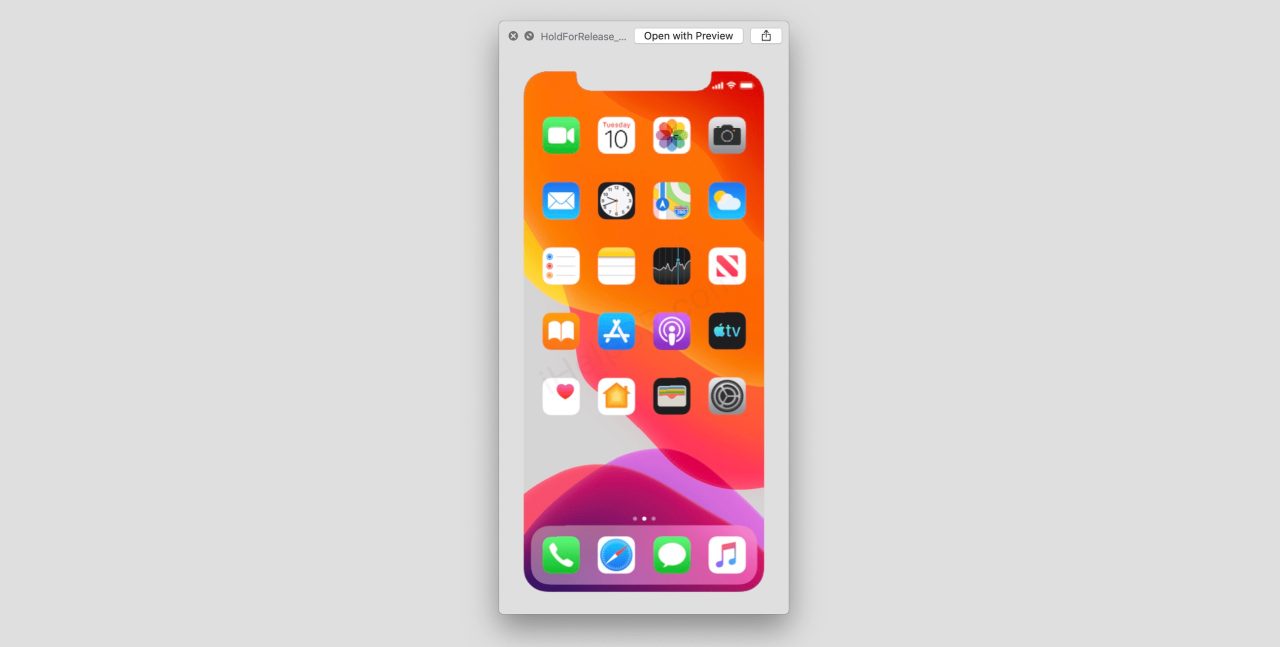 Apple today released the latest beta of iOS 13 to developers, and in it is a piece of evidence that suggests when we might see Apple’s iPhone 11 event. An asset within the new iOS 13 beta, discovered by iHelp BR, suggests an event date of September 10th.

As you can see in the image above, an asset within iOS 13 beta 7 shows an iOS screenshot with the date of Tuesday, September 10th. This asset is named “HoldForRelease.” This is the same date that we had predicted last month, and which follows the precedent set by Apple in years prior.

Apple is currently expected to unveil three new iPhone models, including the ‘iPhone 11 Pro‘ at its September event. An analyst earlier this week suggested that Apple is on track to release all three new iPhone models at the same time this year. As you may remember, the past two years of iPhone releases have been slightly staggered.

This year’s iPhone lineup is expected to consist of the iPhone 11 and a followup to the iPhone XR. This model will reportedly feature two cameras on the back, an upgrade from the single camera on the current iPhone XR.

From there, the iPhone 11 Pro and iPhone 11 Pro Max are expected to feature triple-lens camera setups. Last month, 9to5Mac also reported that the iPhones will feature the A13 processor, a revised Taptic Engine, and new camera features. Keep up with all of the iPhone 11 details in our full guide right here.

Also at the event, it’s possible we see an update to the Apple Watch. While rumors have been quiet, we outlined what exactly could be in store for the Apple Watch Series 5 this year – if a full refresh is even in the cards.

With Apple’s iPhone 11 event seemingly set for September 10th, we’d expect press invites to go out sometime later this month. What are you excited to see at the event? Let us know down in the comments.