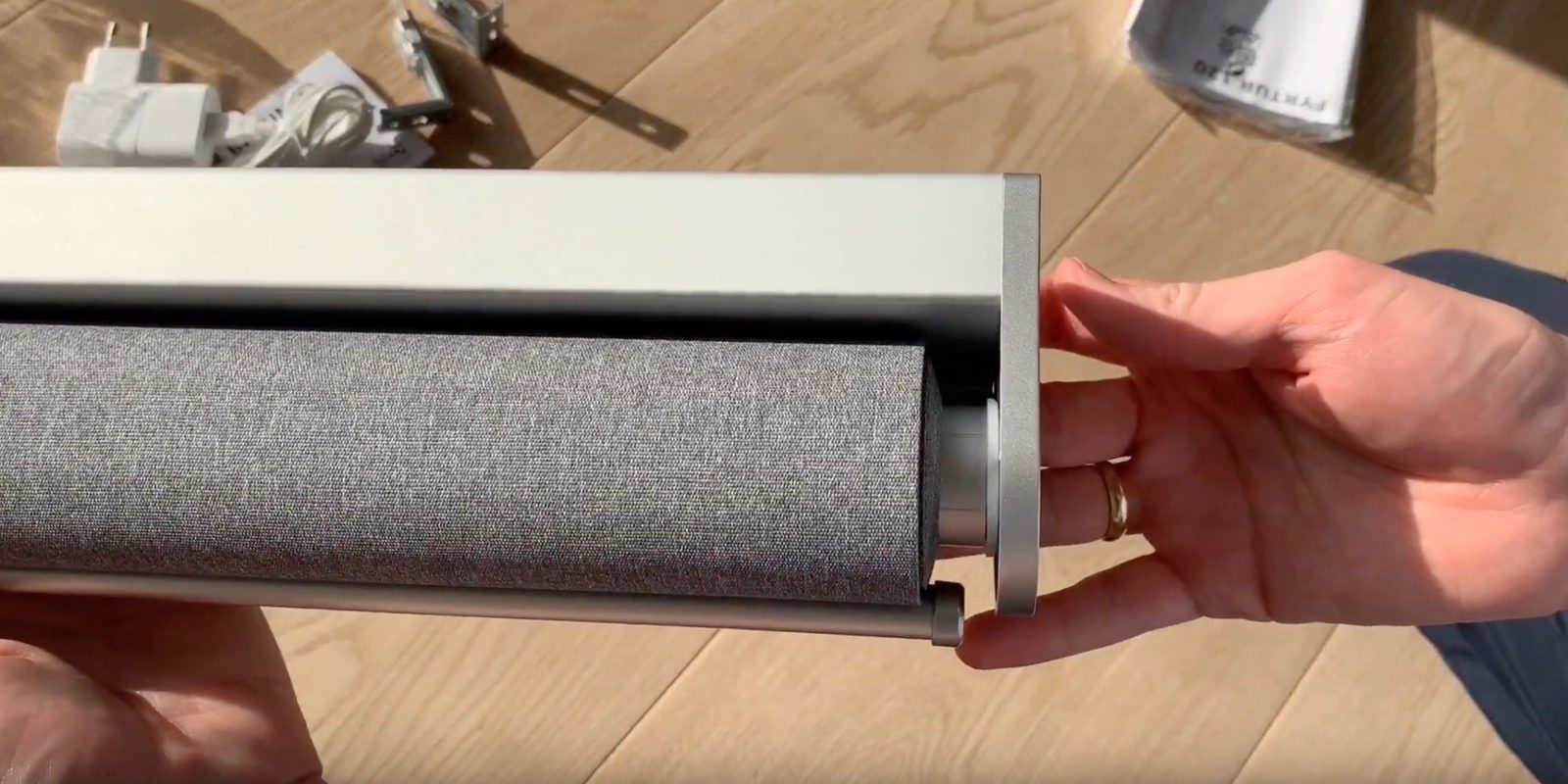 IKEA’s highly anticipated HomeKit blinds are expected to launch sometime this month or next in the US and they’ve just become available in the retailer’s home country of Sweden as well as other European countries. With the launch of the highly affordable HomeKit blinds we’ve now got our first hands-on look with a YouTube unboxing and teardown.

IKEA will eventually have two different HomeKit compatible blinds, FYRTUR and KADRILJ. FYRTUR are the ones that have launched internationally (in stores for now) and are the blackout style blinds. KADRILJ will launch later and let some light through while still offering privacy.

As spotted by HomeKit Hero, the first unboxing of IKEA’s FYRTUR HomeKit blinds hit Reddit/YouTube today and gives an up-close, detailed look. One of the notable highlights is that the blinds feature a rechargeable battery. Even though it charges up via Micro USB, it’s a nice inclusion for a simpler experience.

Reddit user diy-techie shared the YouTube unboxing and noted that the “Fabric feels and looks good. Unit not so much.” There’s not really any context to what they mean about the unit not feeling good as the video doesn’t include any narration and there’s no further explanation on Reddit for now or in the video description.

In any case, we get a close look at the hardware, wireless repeater that talks to the TRÅDFRI hub, rechargeable battery, blind material, wireless remote, and more.

These blinds require the separate purchase of the $35 TRÅDFRI hub which enables HomeKit functionality and control through the Home app on Apple Watch, iPhone, iPad, and Mac and also with Siri. The blinds are expected to run just over $100 in the US when they launch. In Sweden, they’re priced starting at SEK 1,295 which is roughly $134.

Even with the separate hub purchase, they are considerably more affordable than the few HomeKit options on the market like Lutron’s Serena shades (reviewed) and Hunter Douglas’ PowerView blinds. Other choices, for now, include retrofit devices to bring iOS control, but typically lack HomeKit support.

Stay tuned to 9to5Mac for when IKEA’s HomeKit blinds go live in the US, hopefully in the coming weeks.