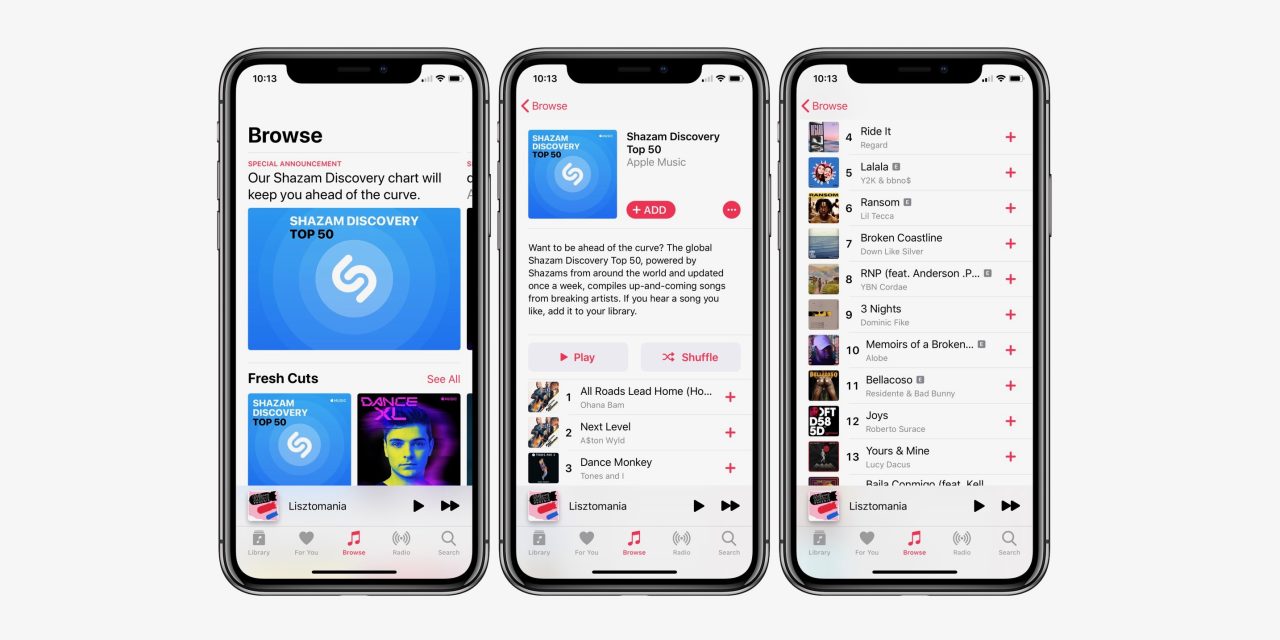 Apple Music has launched a new featured playlist that leverages data from its Shazam music recognition service. “Shazam Discovery” highlights 50 “up-and-coming songs from breaking artists” and will be updated weekly.

The new playlist is live in the Browse tab of Apple Music with some of the top featured tracks coming from Ohana Bam, A$ton Wyld, Tones and I, and Regard.

Want to be ahead of the curve? The global SHazam Discovery Top 50, powered by Shazams from around the world and updated once a week, complies up-and-coming songs from breaking artists. If you hear a song you like, add it to your library.

Speaking to Variety, Apple didn’t share exactly how its music recognition data is calculating the new playlist, but that it uses “Shazam’s proprietary algorithms [to offer] a unique predictive view on rising artists and reacting tracks to Apple Music subscribers.” Variety highlights that Shazam sees 20 million recognition requests per day.

Apple noted that shared attributes of the songs on the playlist include growing quickly as well as growing geographically.

All are experiencing a level of momentum indicative of future potential of hitting the top of Shazam’s Charts, and show any or all of the following patterns: moving quickly through Shazam’s charts, growing rapidly, steadily and/or geographically.

In related news, Apple is also using Shazam to help cross promote its upcoming original content like The Morning Show.

Apple are promoting “The Morning Show” trailer anywhere they can! Even using Shazam to find the song from the trailer promotes it! I know Apple own Shazam, but still interesting. pic.twitter.com/f1uLXjcshY