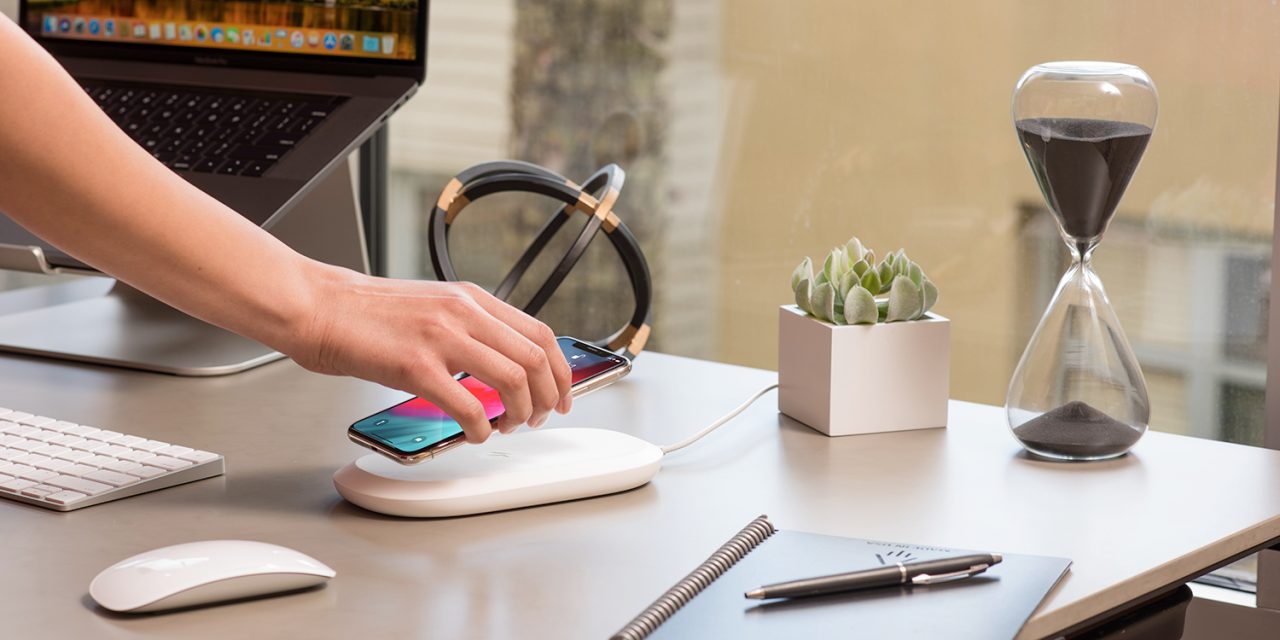 A wireless phone charger isn’t the most obvious product from a company best-known for SD cards. But the SanDisk iXpand isn’t just a dumb charger: it also backs up your iPhone’s photos, videos, and contacts.

You might still question the product. After all, iCloud automatically backs up all three things anyway, and you can still do an iTunes backup if you don’t want to fork out for a paid iCloud storage tier. My own view, though, is you can never have too many backups — especially fully-automatic ones — and I’ll return to this point in the conclusions…

The first thing you’ll notice about the SanDisk iXpand is that it’s big. Like, really big.

Most charging pads are significantly smaller than any of the phones they are designed to charge, but the iXpand is both taller and wider than my iPhone X. It measures a little over 7 inches by 4 inches, and more than half an inch thick.

It’s not immediately obvious why it needs to be quite so chunky. Yes, there is more tech inside it than an ordinary charger, but if you think how much technology fits inside an Apple Watch, I do wonder why the company couldn’t have made the unit a lot more compact.

Size aside, it’s inoffensive enough. White plastic with a rubberised anti-scratch surface and a non-slip base. It comes with its own power brick. There is also a microUSB port for connecting to your Mac, where it appears as a drive. The choice of microUSB does look a little dated at a time when everyone is switching to USB-C.

In theory, using the charger couldn’t be easier. Once you’ve installed the companion app and given it the necessary permissions, just placing your iPhone on the charger automatically triggers the backup. It’s triggered by proximity, via a Bluetooth beacon.

In practice, I did find a few glitches. First, I got an error the first time I tried to use it. 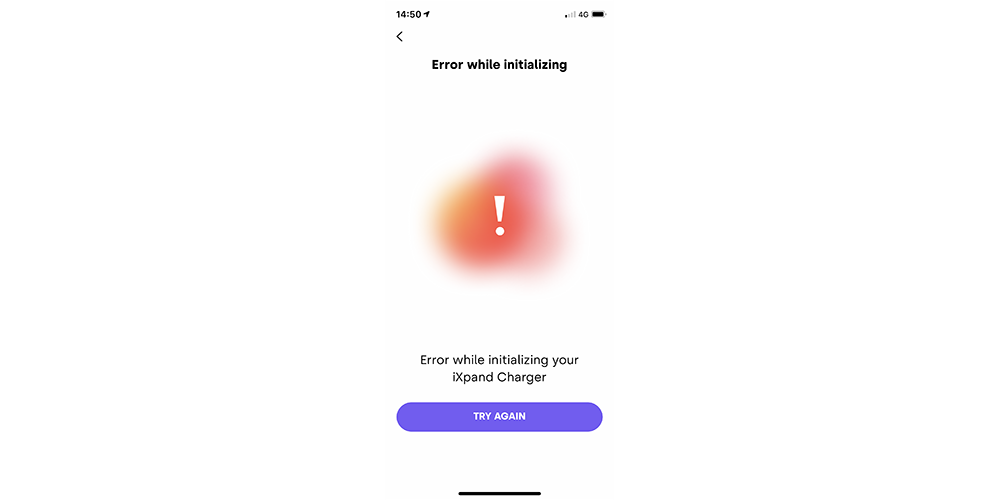 That may have been because it was a pre-release model, and it did resolve the next day.

Second, no matter how long the phone is on the charger, the app is configured to backup a maximum of 3,000 photos and videos per charge — and I found that it only did 1,000. So it only hit 3,000 photos by the third day. 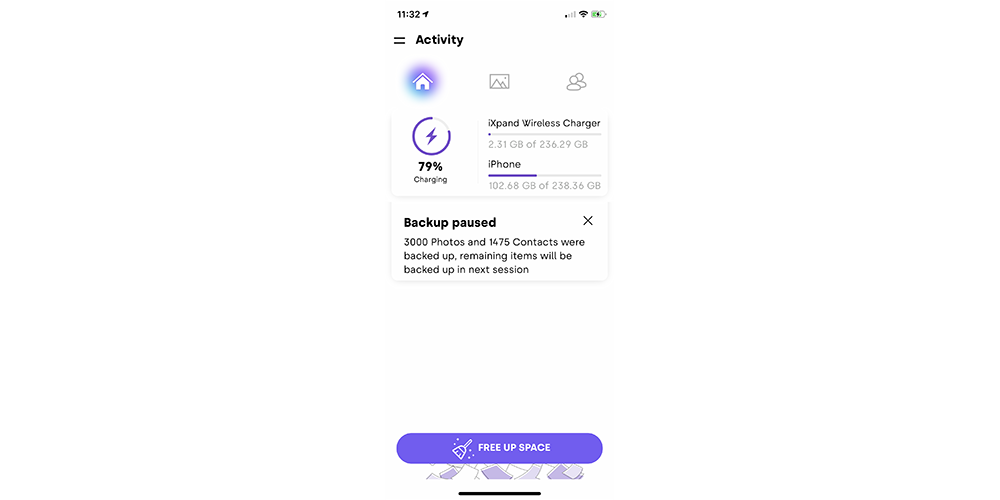 I can understand it doing them in batches during the day, as you could take away the phone at any time, but it would probably be safe to just do a complete backup at say 3am if the phone has been on the charger for some hours.

Additionally, while you get a visual progress indicator in the app for photos, rapidly flipping through thumbnails as it does them, there is no such indicator for contacts. A message simply reads ‘Scanning for contacts.’ Sandisk tells me the message is erroneous, and it is in fact backing them up while displaying this. 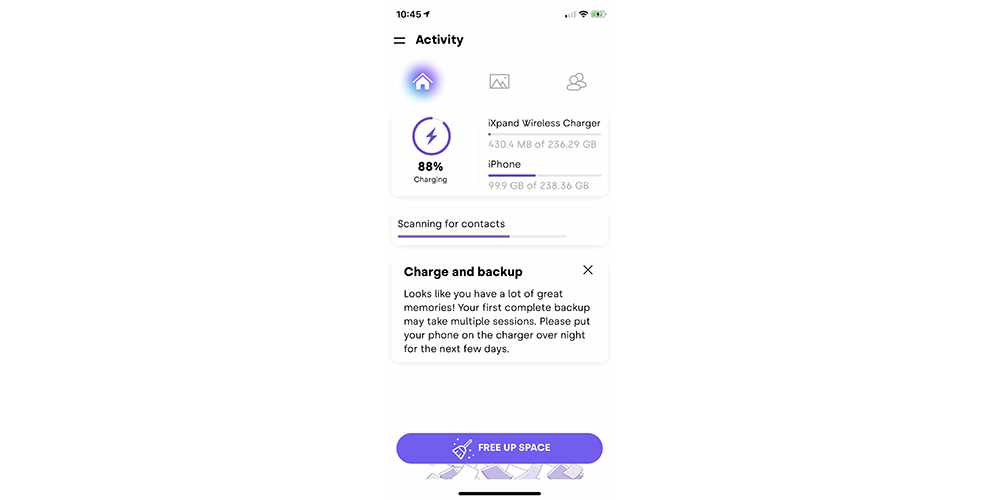 Those are minor complaints, however: within a few overnight charges, both backups were up to date.

The iXpand supports multiple profiles, so provided it has enough storage, it can back up photos and videos for the entire family.

The charger itself is a 10W one, so charges at a decent speed, and it copes with cases up to 3mm thick. I charged mine in a leather wallet case with a debit card in the back and it was fine.

There’s one other really nice feature: having backed-up your photos, it offers to free up space by showing you which files are taking up the most space. These will, obviously, be videos. Just tap the Free Up Space button to view them by size, largest first. No surprise that mine were all tango class review videos – except one cat video! 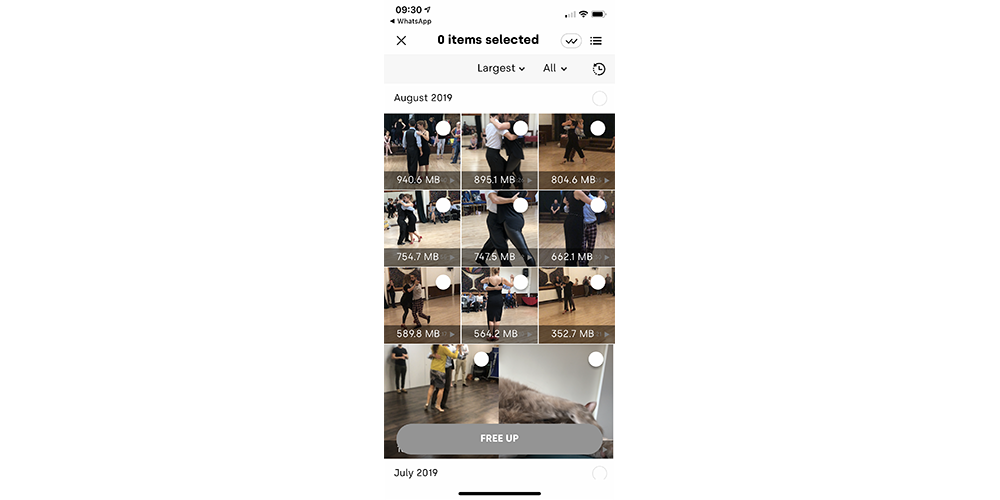 I’m not short of space, so I let them stay, but it’s pretty handy to have this culling ability integrated with the app — making it much more likely people will do it.

There are two pieces of bad news.

First, you won’t be able to get your hands on the SanDisk iXpand immediately, unless you’re in Europe. SanDisk says the US launch will be a little later, with no specific date advised as yet. That said, it’s likely to be sooner rather than later.

That’s a very hefty price for a wireless charger, when you can pick up branded options for $20, and no-name brands for less.

So if you want a wireless charger and the photo backup is just a nice-to-have, this isn’t the product for you. To pay this kind of money, you have to really want the backup capability.

Personally, I think it’s a steep price for the average 9to5Mac reader, who is likely to have multiple backup regimes in place. However, where I would consider it is as a gift for a non-techy friend. It’s the simplest possible way to get an additional backup of precious photos and videos — and very possibly their only backup if they won’t fork out the cash for a paid iCloud storage tier. Especially in the case of an entire family without backups. In that scenario, it could be a small price to pay.