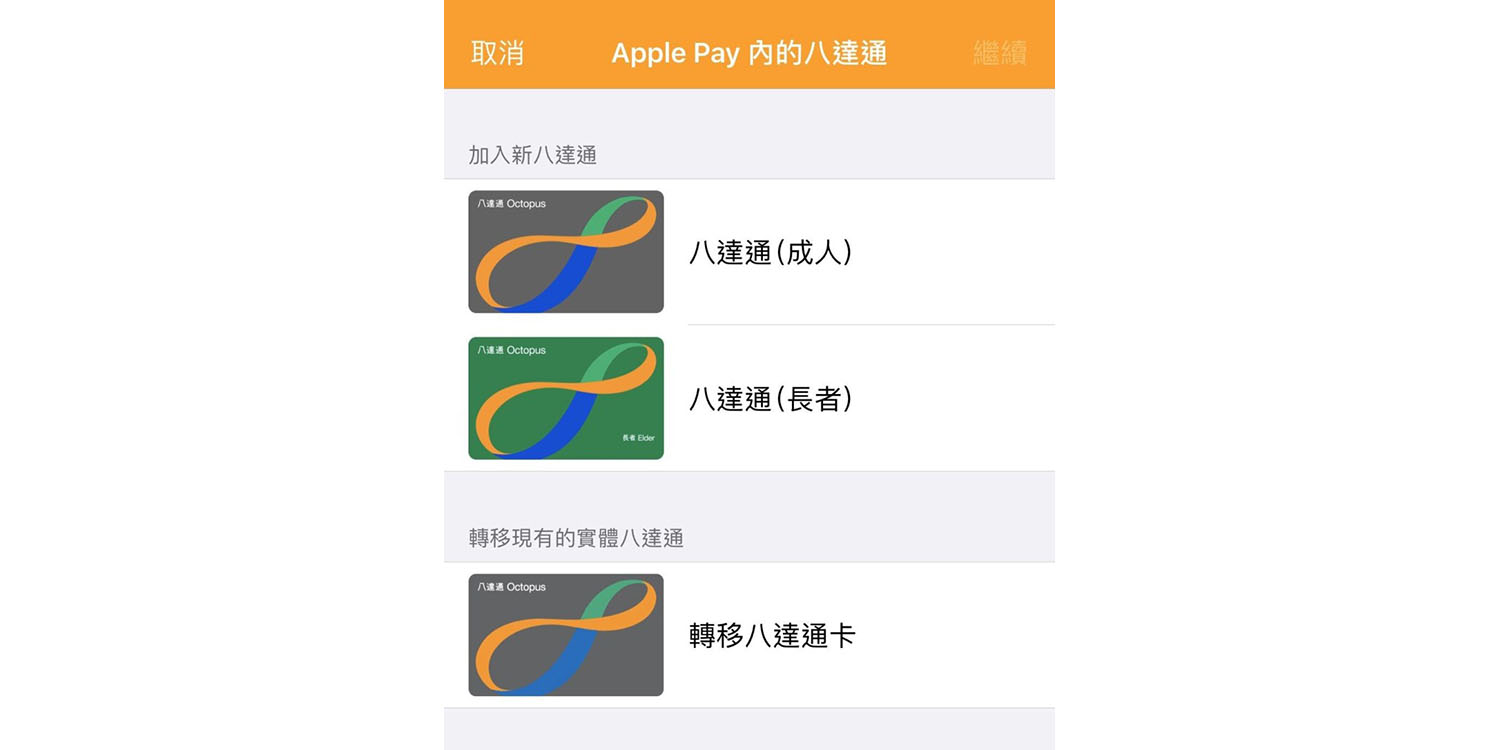 After an initial clue in June, the following month saw official confirmation from Apple that Octopus Apple Pay support will be part of iOS 13.

Ata Distance reports that, as expected, the device requirements are identical to those for Apple Pay Suica in Japan.

Octopus Apple Pay support allows you to add an existing plastic card to Apple Wallet, or create a new one. Transfers appear subject to one snag, however.

Unlike Suica, Octopus plastic card deposits are not added to the balance when transferred to iPhone. The initial required balance for creating a virtual Octopus card is HK $100 with $50 as a deposit, shown in the screenshot. The Octopus deposit serves as emergency transit fare in case the Octopus balance is zero.

Multifunction uses all appear to be supported, but they won’t all transfer across automatically, so you’ll need to add them to the virtual card. Update: The source piece now says most will.

The post also says that, ‘most of the original’ transferable services of plastic Octopus are supported on the virtual version such as Automatic Add Value Service (AAVS), using Octopus for building access, etc., the same as Samsung Smart Octopus where some services are not transferred automatically from plastic Octopus, such as MTR Park and Ride, and need to be registered manually to virtual cards.

Multifunction support is good news, as Octopus cards are used for a lot more than just travel, as the company itself notes.

Octopus has come a long way since its debut in 1997. Today, over 99% of people in Hong Kong aged 15 to 64 possess an Octopus for travelling, shopping or dining without the hassle of using coins.

From a simple way to pay fares on public transport, we have extended our services into small-value payments in the retail sector, as well as many other applications, including access control for residential and commercial buildings and support for various school facilities […]

Over 1.9 million Octopus cards and products are currently linked with Automatic Add Value Service provided by 22 financial institutions, ensuring that they never run out of value. Octopus users can also add value with cash at thousands of locations all over town.

In addition, there are over 3.4 million registered Octopus cards and products under the widely adopted Octopus Rewards programme, allowing members to earn Reward$regardless of their payment means, and redeem them like cash at 8 participating merchants.

Wallet Recharge is currently limited to China UnionPay, but the site believes this limitation applies only during the beta period and is likely to be opened up to other banks when iOS goes live.

Apple uses Express Transit for its transit card integration, a system that bypasses the usual Face ID or Touch ID authentication for faster payments when a phone or watch is tapped or waived near an NFC terminal.

Hopefully, Express Transit with Octopus will enable the iPhone and Apple Watch contactless experience to match the speed of tapping a physical Octopus card.

Express Transit is currently available in Japan, Beijing, Shanghai, and parts of New York City, with London in line to get it sometime soon.