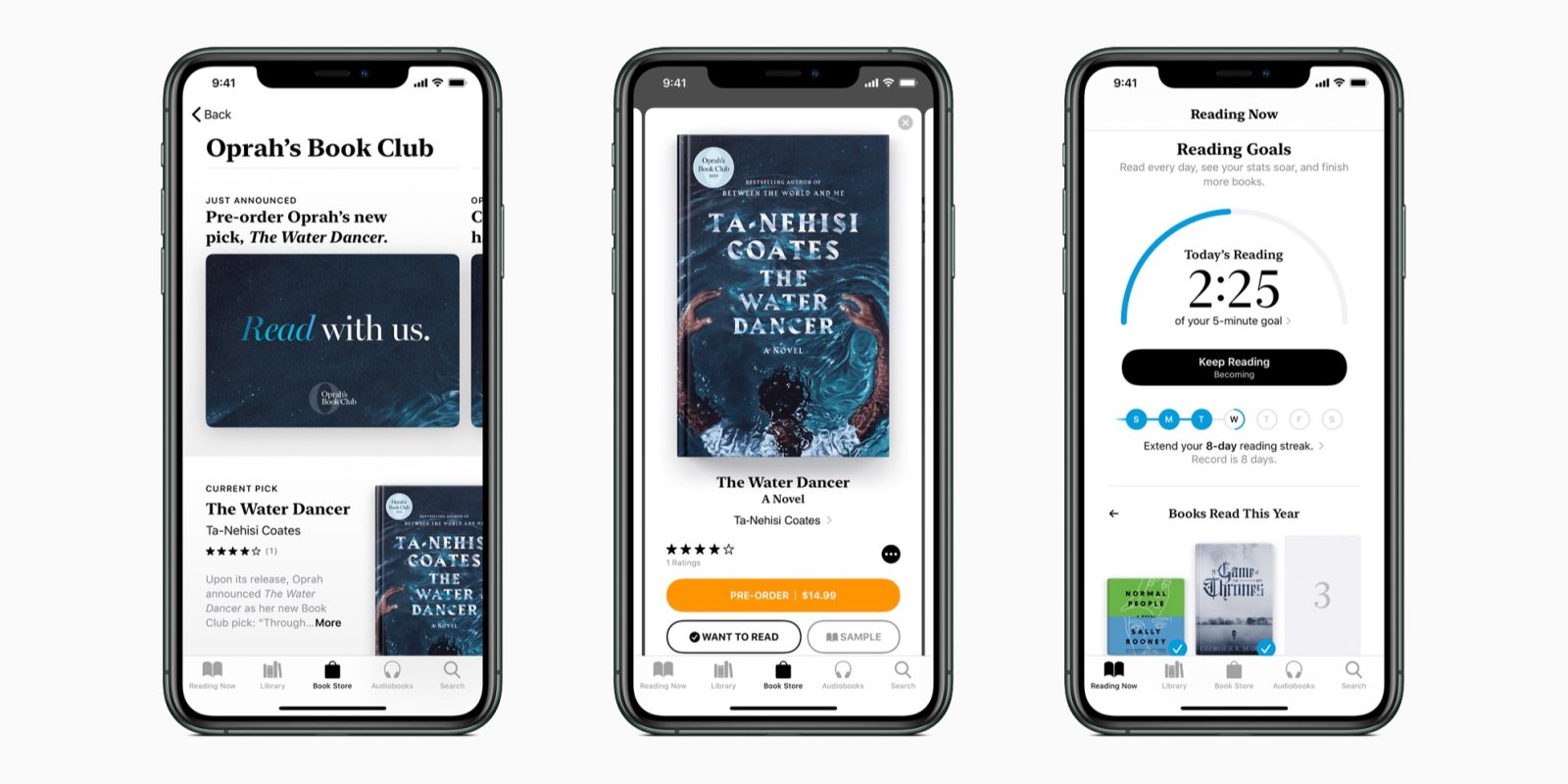 The exclusive TV series will feature interviews with authors of the featured books, with new episodes released every two months.

The first book pick is “The Water Dancer” by Ta-Nehisi Coates. The book and audiobook can be preordered in Apple Books and will be available to read from tomorrow.

An Oprah-curated book list has existed inside of Apple Books for a while, but now Apple is officially launching the rebranded Oprah’s Book Club. In a statement, Apple CEO Tim Cook introduced the news:

“Few people in the world can bring us together like Oprah, whose compassion and grace celebrating the power of books are unmatched,” said Tim Cook, Apple’s CEO. “It’s our honor to provide a new platform for Oprah’s Book Club and support the American Library Association in opening hearts and minds to the joy of reading.”

For Apple Books purchases of the book club titles, Apple will donate a portion of the price to the American Library Association in support of local libraries.
The first episode of Oprah’s Book Club for Apple TV+, the interview with Coates, will be recorded in front of a live audience at the Carnegie Library Apple Store next month.

Apple TV+ launches on November 1st, and costs $4.99/month. The single purchase can be shared with up to six family members through Family Sharing. Purchases of a new iPhone, iPad, Mac, Apple TV, or iPod touch come with a free year of Apple TV+.