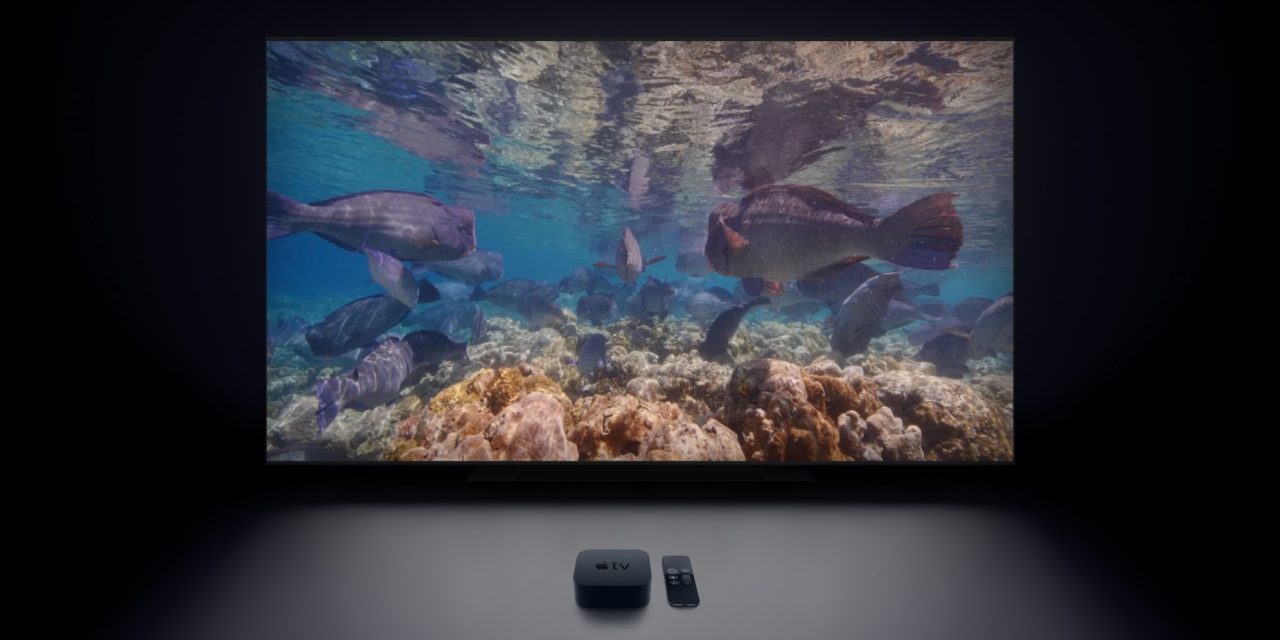 The tvOS 13 update for Apple TV set-top boxes rolled out yesterday, and now Apple has started rolling out the new ‘under the sea’ screensavers produced in coordination with the BBC.

There are ten new underwater ‘Aerial’ screensavers offering a beautiful look at corals, shoals of fish, and generally stunning imagery of sea life.

You can find the new wallpaper videos on your Apple TV if you use the Aerials screensaver, which now incorporates panoramic vistas, space shots taken from the ISS, and the underwater clips. Apple might need to start thinking for a new name for the ‘Aerials’ feature as the new underwater videos are not aerial scenes. Nevertheless, they look great.

There are ten new underwater videos, showing many different species, coral reefs and more. All the videos are available in 4K on the Apple TV 4K.

The screensavers include beautiful shots of shoals of barracuda, jellyfish, bumpheads, seals and more. In addition to the new ocean videos, there are a few new shots from NASA too.

The full list of new screensavers is as follows:

You can watch all the new screensavers on my personal blog, where I collate all the Aerial screensavers.

To make sure they download to your Apple TV, check that your Aerial screensaver settings are set to update daily. If they aren’t now, they should start appearing tomorrow. You can swipe on the Siri remote to flick between aerials when the screensaver is active. Remember, you need tvOS 13 to start seeing the new sea ones.