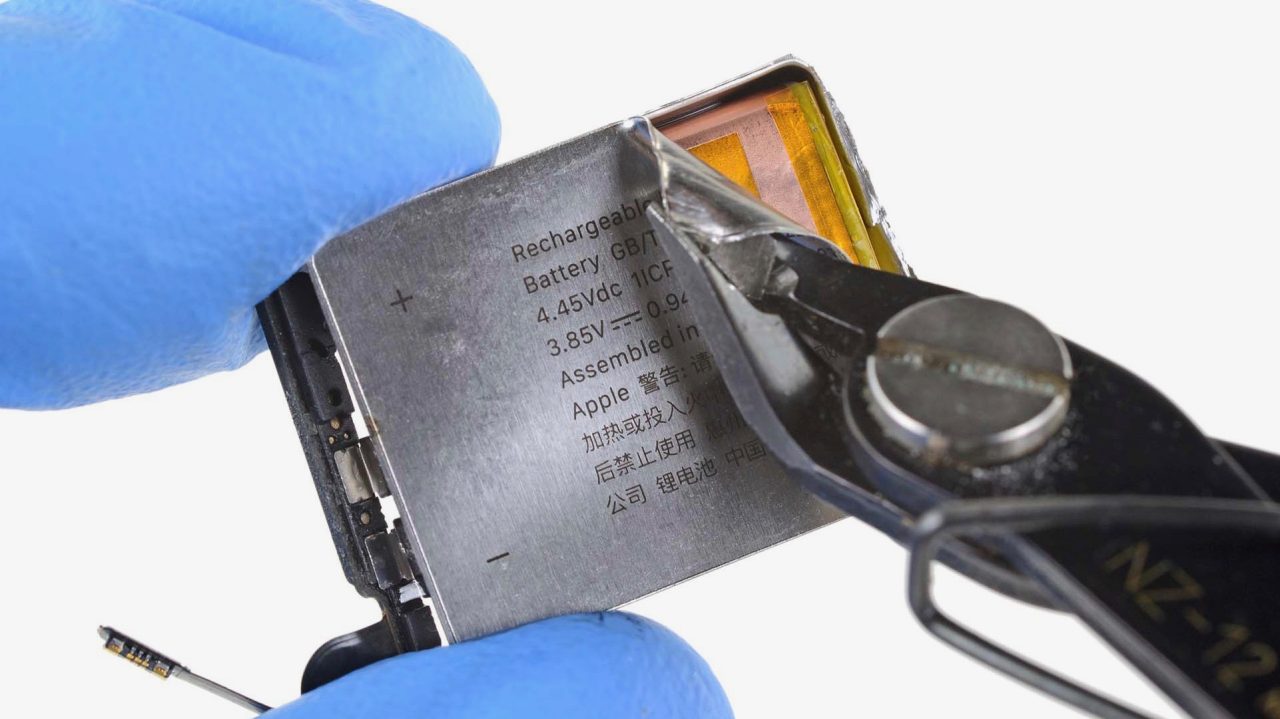 According to the teardown, the 40mm Apple Watch Series 5 features a new battery design with a new metal casing, likely made out of aluminum. Citing an Apple patent, iFixit speculates that the metal casing is likely more space-efficient than alternatives.

The battery in the 40mm Series 5 packs to 10% more battery capacity, despite the fact that the battery compartment has changed:

This new metal casing seems to be a more space-efficient method for sealing up batteries. In the Apple Watch Series 5, the overall size of the battery compartment doesn’t look like it changed much, if at all. But Apple managed to cram in 10% more battery capacity, and this patent seems to explain how.

Furthermore, the change suggests that Apple would be able to secure batteries to the device with screws, rather than glue:

Lastly — and perhaps most importantly — the patent suggests that Apple wants to use this metal casing design to secure the battery to the device with screws, which would allow them to (hopefully) skip the repair-unfriendly glue. What’s more, they’d be able to accomplish this with no extra external brackets that would otherwise take up even more space.

It’s unclear why Apple only switched the 40mm Apple Watch Series 5 to this new battery. The 44mm Series 5 features a slightly larger battery, but with the traditional foil pouch exterior. Check out our coverage of yesterday’s Apple Watch Series 5 teardown for more details on the differences and similarities compared to the Series 4.