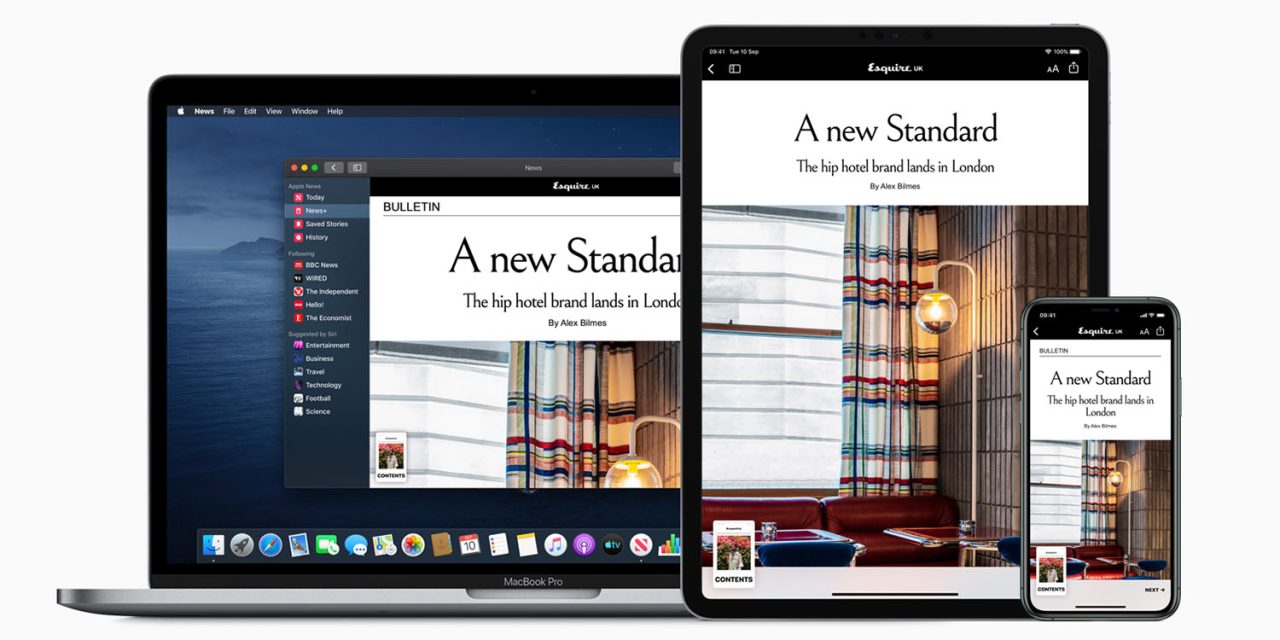 Apple News+ launched in the UK yesterday, more than six months after it did so in the US.

I hadn’t been too impressed by the free offerings in Apple News and had actually removed the app from both my iPhone and iPad, but Apple News+ in the UK gave me a chance to re-evaluate it with its boosted content…

The name Apple News has always been somewhat misleading. What you get in reality are some newspapers and lots of magazines. That hasn’t changed. It would really be more accurate to name the service Apple Magazines (and Newspapers).

Indeed, the only UK newspaper added yesterday was The Times and its sister edition The Sunday Times. However, the Independent and Guardian were already on board the free offering so that does cover the three main papers for me.

But Apple sweetened the deal considerably by including access to two key US papers: the LA Times and Wall Street Journal.

I’m not really a magazine guy these days. When I reviewed Magzter Gold back in 2015, they gave me a one-year subscription, but I’d more-or-less stopped using it within a few weeks, and deleted the app long before the subscription expired.

Indeed the line between websites and magazines has now been blurred to such an extent, it’s not immediately obvious why the digital magazine format exists. My colleague Bradley made the same observation a few days ago.

The problem, in my opinion, is that people don’t care about digital magazines. We’ve tried this with the Daily magazine (which I enjoyed), with Newsstand, and now with Apple News+. The content isn’t necessarily the problem, but rather the packaging. Why do I care if an article is inside of an app that is then packaged inside of another thing? I want to read the article […]

If I wanted to read Athlon Sports on my iPad or iPhone, I’d be content just reading it on Safari with Reader View enabled. I don’t need it in a faux magazine to enjoy it.

I’m of much the same view. If a magazine has a website – and they all do – then I’ll tend to just go there.

That said, the deal does include three magazines worth money to me: New York, Scientific American, and The Atlantic.

So although I can look at the deal and on the one hand say I’m not getting many publications of interest to me, there’s another way of looking at it. Instead of saying Apple is selling me more than 150 publications, most of which don’t interest me, I can think of it as the company offering me a subscription to seven publications for just over a quid a month each. That’s a decent deal – with the bonus of a bunch of other magazines I might sample from time to time.

The first big unknown for me at present is how much of the Times and WSJ we’re getting. Both publications say it’s not everything, but it isn’t clear what that really means. My colleague Benjamin Mayo has found that if you see a paywalled piece on the web, you can go to the share sheet and select Open in Apple News … and so far it’s always been there.

Archives are one difference we do know about, but I honestly can’t think of a time when I’ve wanted to look up an old article in a specific publication. If I’m searching for an old news story, it’s typically because I want to remember when exactly something happened or remind myself of some detail, and then any Google search does the job perfectly well.

There may be some sleight of hand going on here. The papers want to retain their direct subscribers, so they need to be able to say Apple News+ subscribers don’t get everything – and they reinforce this idea by limiting discoverability in the app – but there is perhaps much more there than it would appear.

I will get one clue. Quite a lot of paywalled Times pieces pop up in my Facebook newsfeed, so I’ll be able to see whether I’m able to access all of these in Apple News+.

The second unknown for me personally

Will I let it renew at the end of the month’s trial? I think that will be determined by two factors. First, as mentioned, whether or not I find missing content. Second, how often I actually open the app. I tend to get most of my news from the BBC News site and app, so when I read a paper, it’s more for long-form pieces: features and op-eds. And those are competing with other forms of entertainment, mostly books, social media, and the web.

If I do use the app regularly, and I do find all the content I want, then I think it’ll be a no-brainer. Let’s see …

What are the first impressions of other Brits? What do you think of the publications on offer, and how likely are you to retain your subscription at the end of the month? Please take our poll and share your thoughts in the comments.