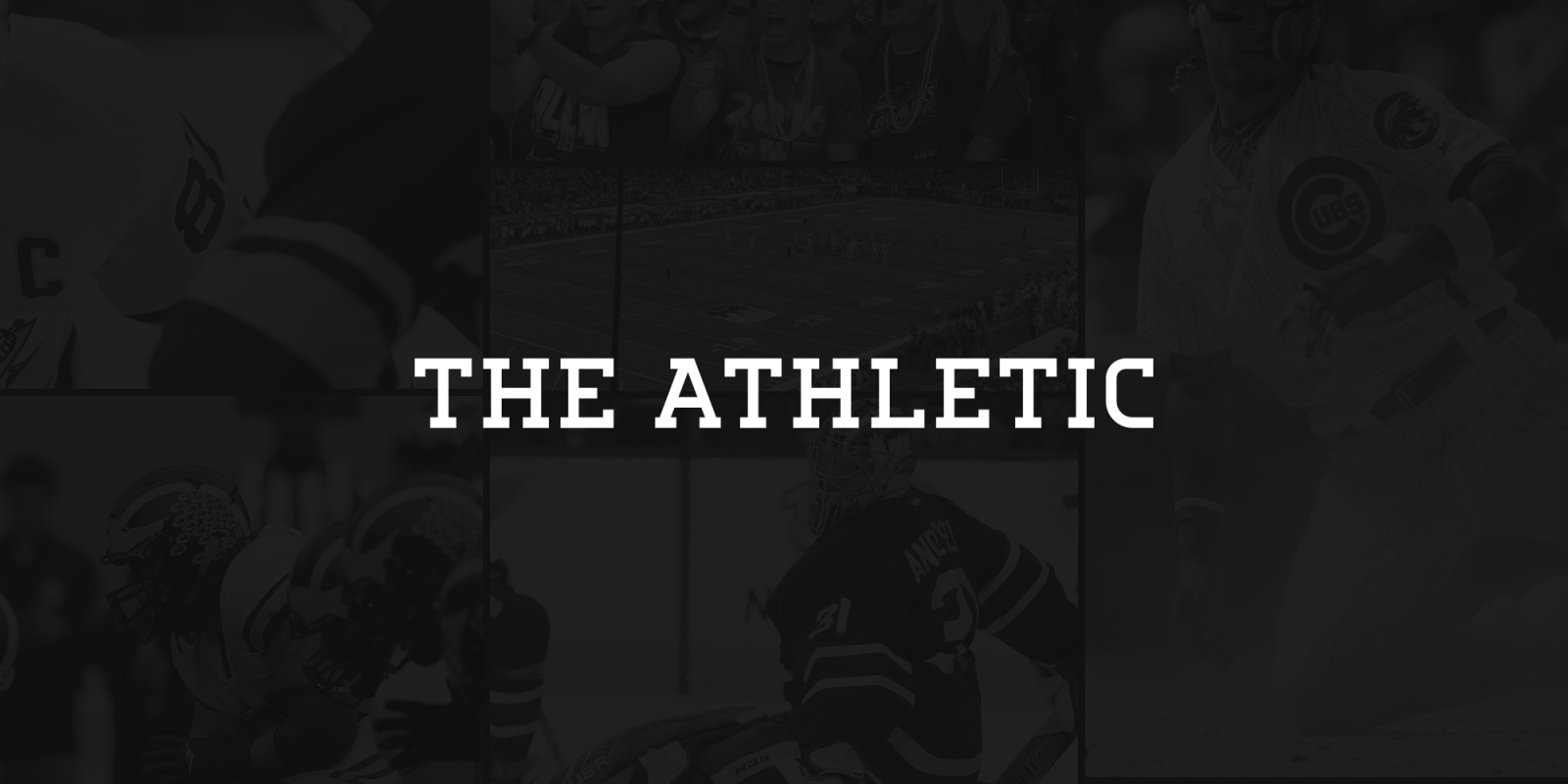 A few months ago, I wrote about The Athletic, and I thought it would make a great acquisition target for Apple. When I originally wrote that article, I mentioned that the Athletic had recently launched a podcast section, but they were only available inside of their app and not dedicated podcast apps like Apple Podcasts, Overcast, or Pocket Casts. In recent weeks, they’ve reversed that stance and started submitting their shows to Apple Podcasts and Spotify, but only including some of the episodes as a free download.

I am a current subscriber to The Athletic, so I am quite familiar with their service. I think it’s the best way to follow sports right now. Their app is easy to use, they’ve hired some incredible writers, and fans seem to be flocking to them as they hit 600k subscribers a few months ago. They’ve raised 90 million in venture capital funding, and they are estimated to be worth $200 million. Back in early September, they launched a free daily podcast with Wondery called The Lead. Its aim is to be The Daily for sports fans. What’s interesting about The Lead is that it has advertising.

“It generally is a part of free podcasts, and we’re comfortable with that,” Mather said. Athletic readers, he said, can rest assured that this is not the beginning of ad creep on the site. “We may experiment with advertising on free products, but our subscription product is absolutely sacrosanct.” 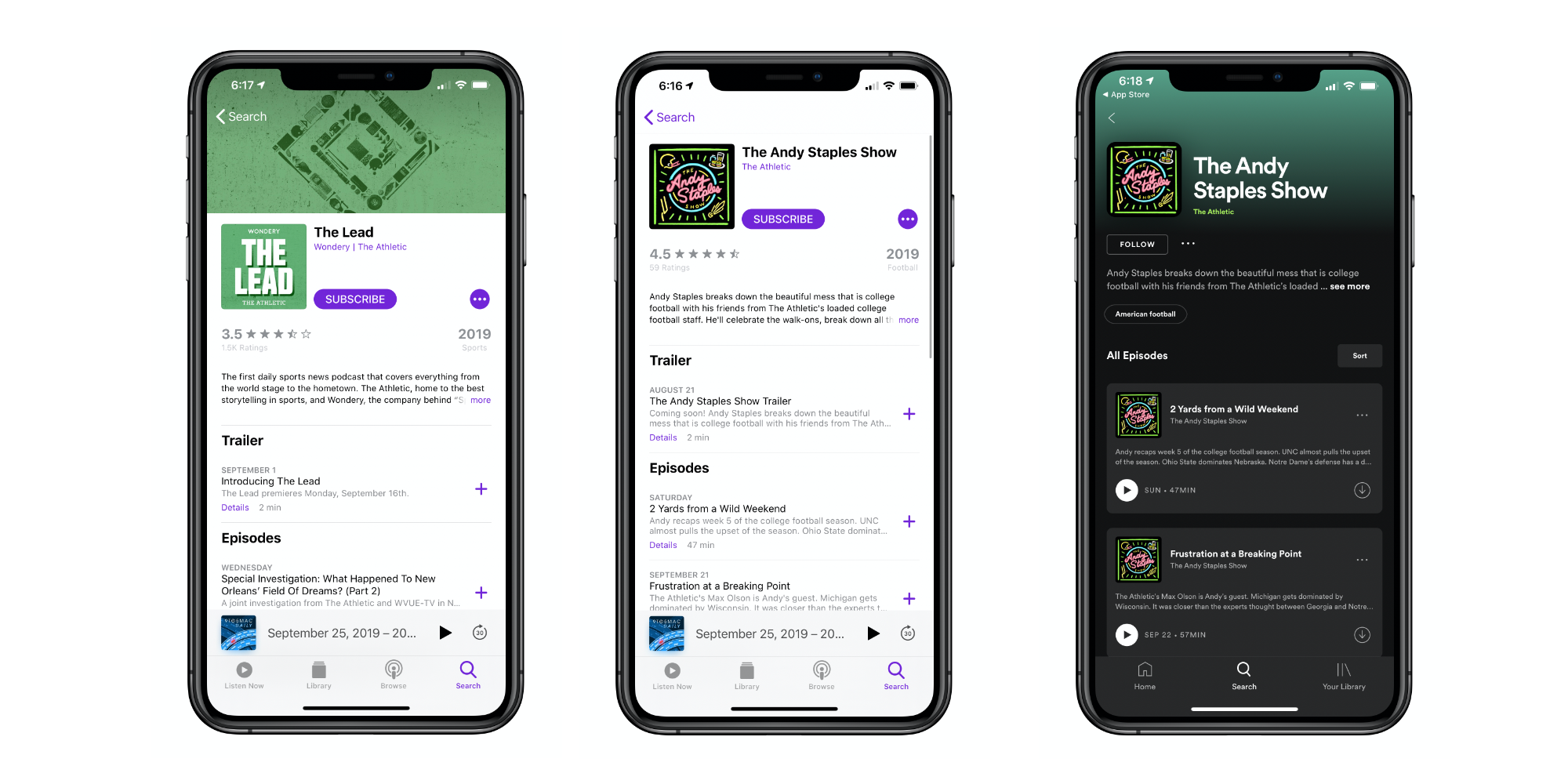 The Athletic now has many of their podcasts available to listen to for free. Some of my favorites are The Andy Staples Show, The Audible, and the Da*n Good Podcast. When The Athletic first released a few podcasts, I “subscribed” inside of their app, but I rarely listened. If it’s not in my podcast app, I am likely not to get around to listening to them. Since they’ve added them to Apple Podcasts and Spotify, I now listen to them frequently. Their strategy has been to release every other episode for free on the public RSS feed. Most of the shows I listen to are published two times for a week. During the show, the hosts mention the fact that you can get more episodes inside The Athletic app if you subscribe. One downside to this model is that I end up having to delete the free episodes that get released inside of their app. The UX for podcasts inside The Athletic app leaves much to be desired.

I reached out to the multiple writers at The Athletic to find out more about what led to them putting podcasts on Apple Podcasts and Spotify, but I never got a response. My guess is they didn’t see a significant uptick of downloads in their apps, and they now view free podcasts as a way to grow their subscriber base. I think it’s a wise move as their content is good, and giving people a taste of it will lead to subscriber growth. I’d love to see an option for subscribers to get a custom RSS link they can add to their podcast app of choice that includes shows they follow. Unfortunately, this feature wouldn’t work for Spotify since they don’t allow you to add a feed manually.

Wrap-up on The Athletic Podcasts

I really like what The Athletic is doing with their coverage, and I am excited to see them leverage their podcast content as a way to grow their subscriber base. They’ve been adding shows seemingly by the week (85+), so it’s clear that it’s a focus for them. If you want to try out The Athletic, you can use my referral link to get 40% off your first year.