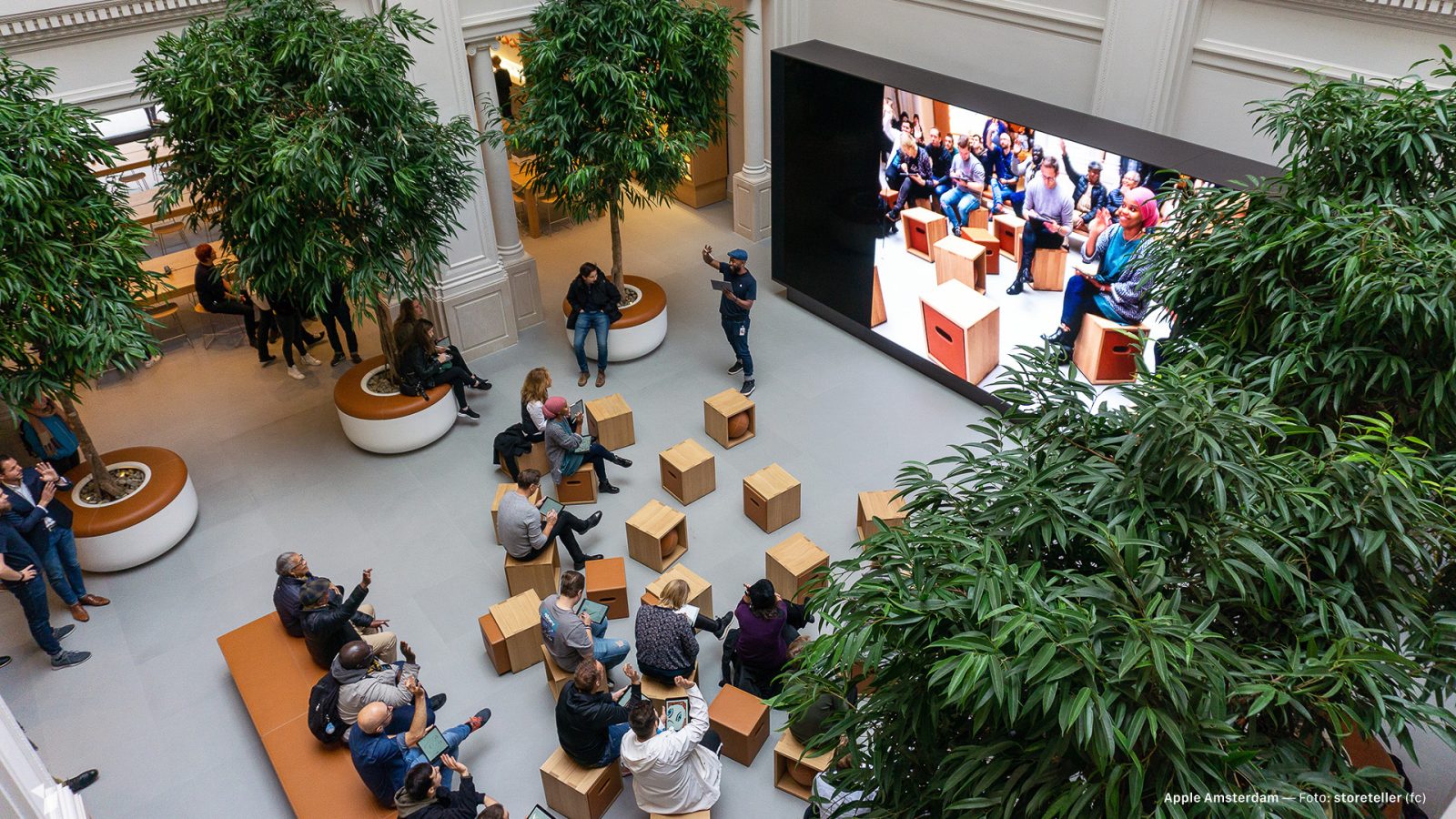 Apple Amsterdam reopened today with a world-class renovation that infuses Apple’s latest retail thinking into the historic store. Upgrades to the space began in March and completed in phases while portions of the store area remained open to customers.

The new Apple Amsterdam brings all the signature design elements and features of a modern flagship Apple Store to the Netherlands. A Forum, video wall, Boardroom, Avenues, and indoor trees have been added. You can learn more about any of these features on the Apple Store glossary Department Map.

To complete the renovation, Apple left the core architecture and facade of the historic Hirsch building largely unchanged, instead focusing on refinements to improve the in-store experience and services offered. The store’s multilevel atrium dropped a grid of support tables and wall-mounted monitors to become the Forum for Today at Apple. Six trees frame the 8K video wall, and leather benches have been added.

Special thanks to Filip (@storetellee) and Gonny (@discoverapplestores) for attending the reopening and providing photos. 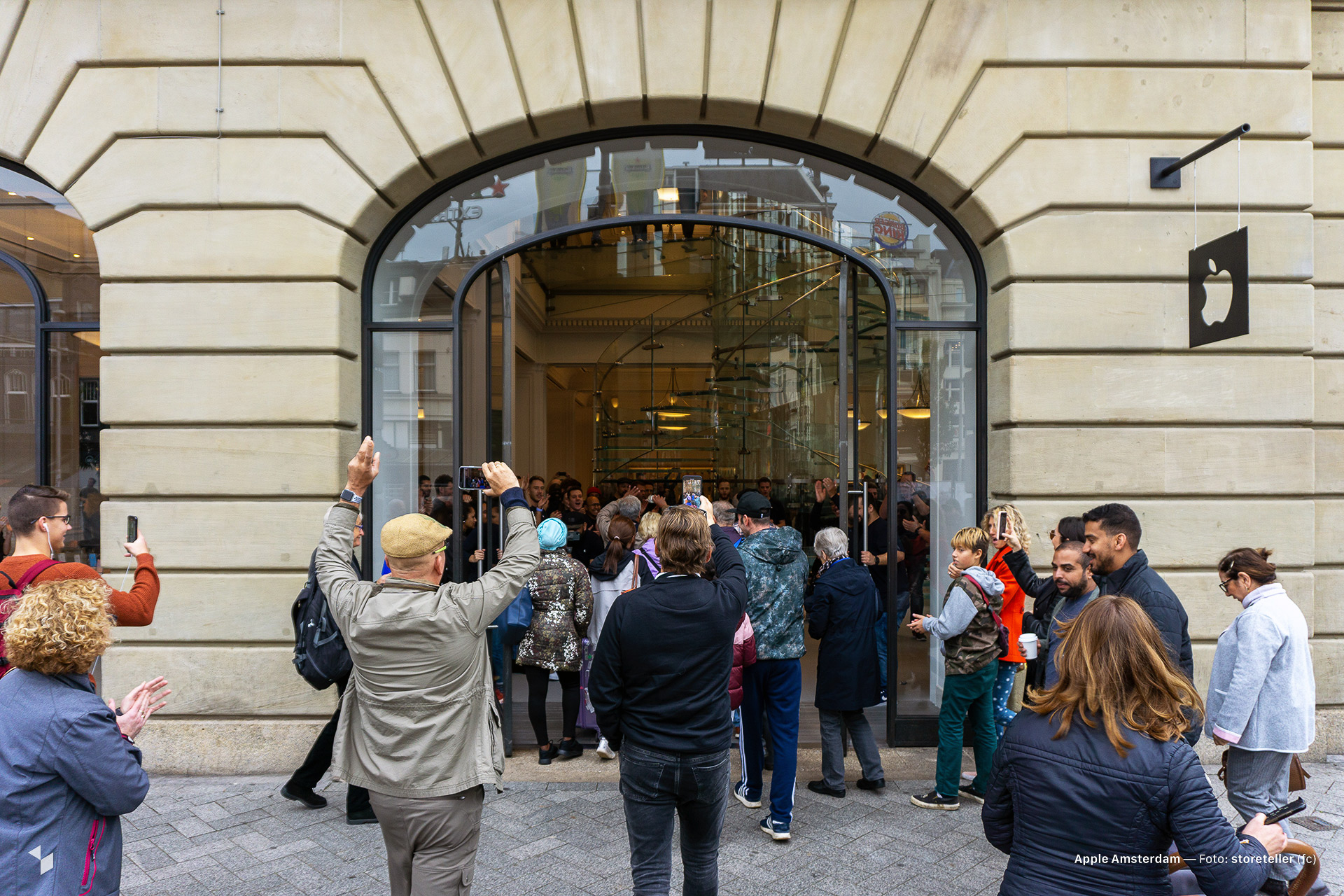 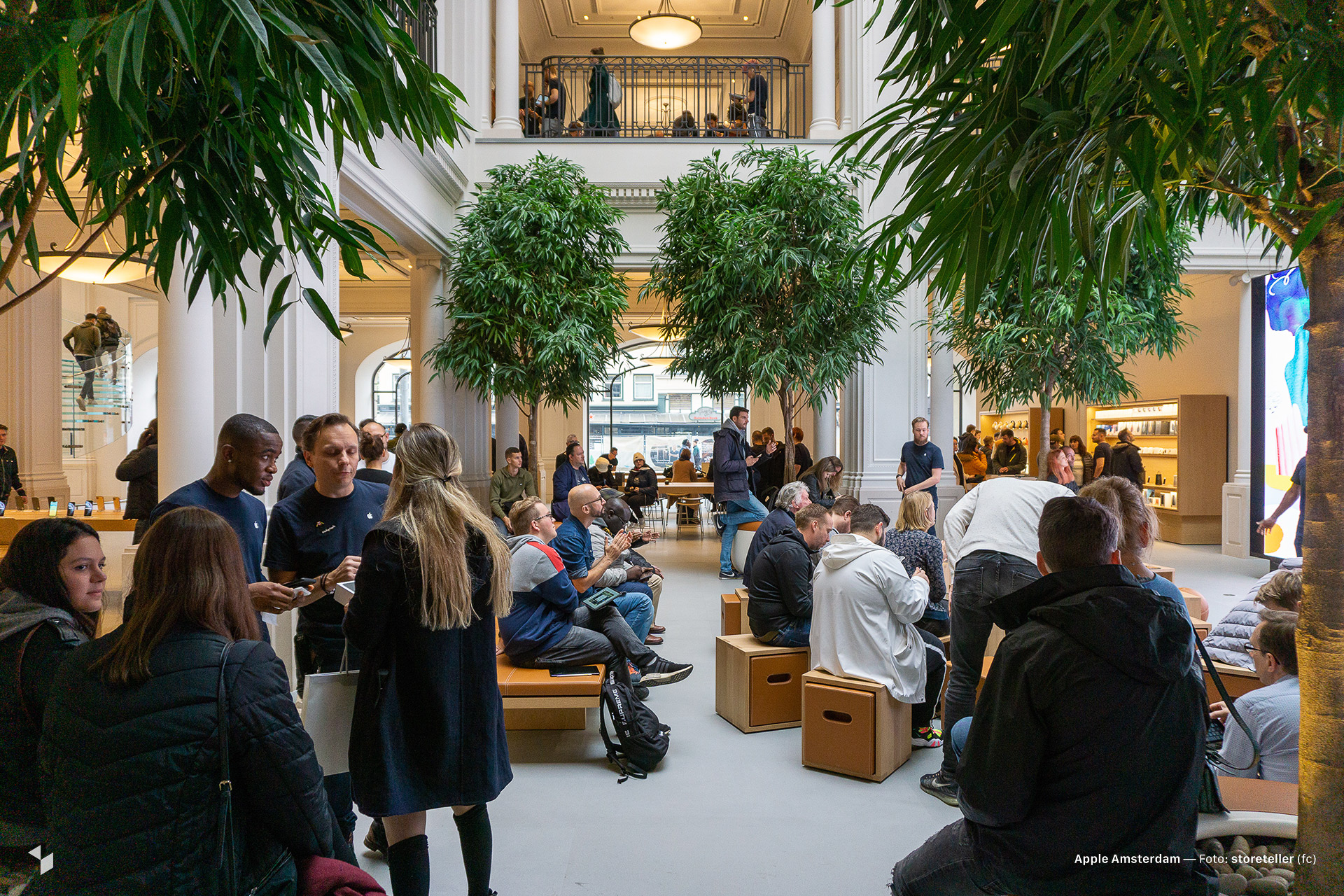 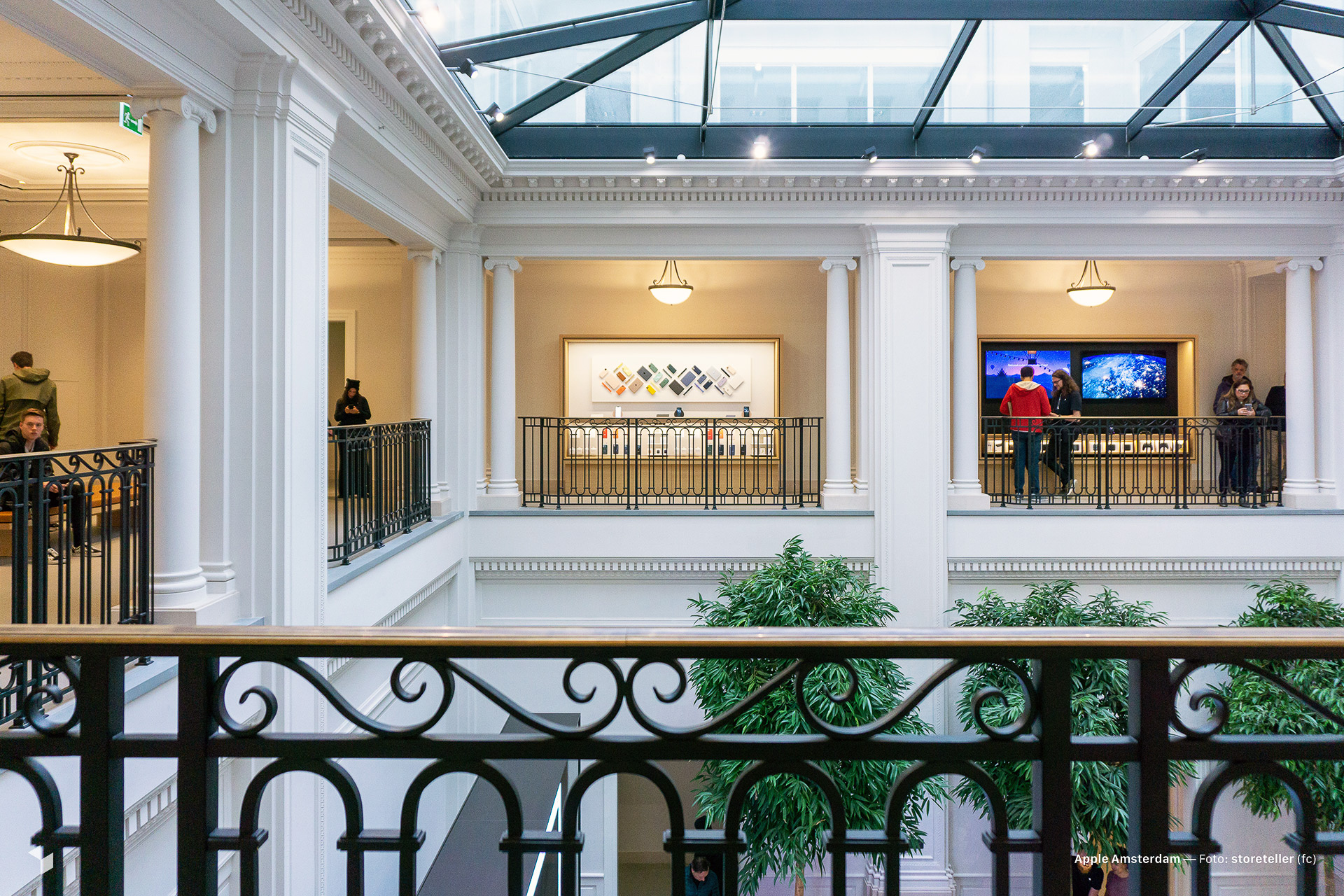 Product tables across the first floor have been rotated 90 degrees, and freestanding Avenues replace graphic panels along the walls, bringing accessories front and center for the first time. Upstairs, the Genius Bar has been removed and a Boardroom added overlooking Leidseplein. More leather benches and tables for support appointments dot the floor. 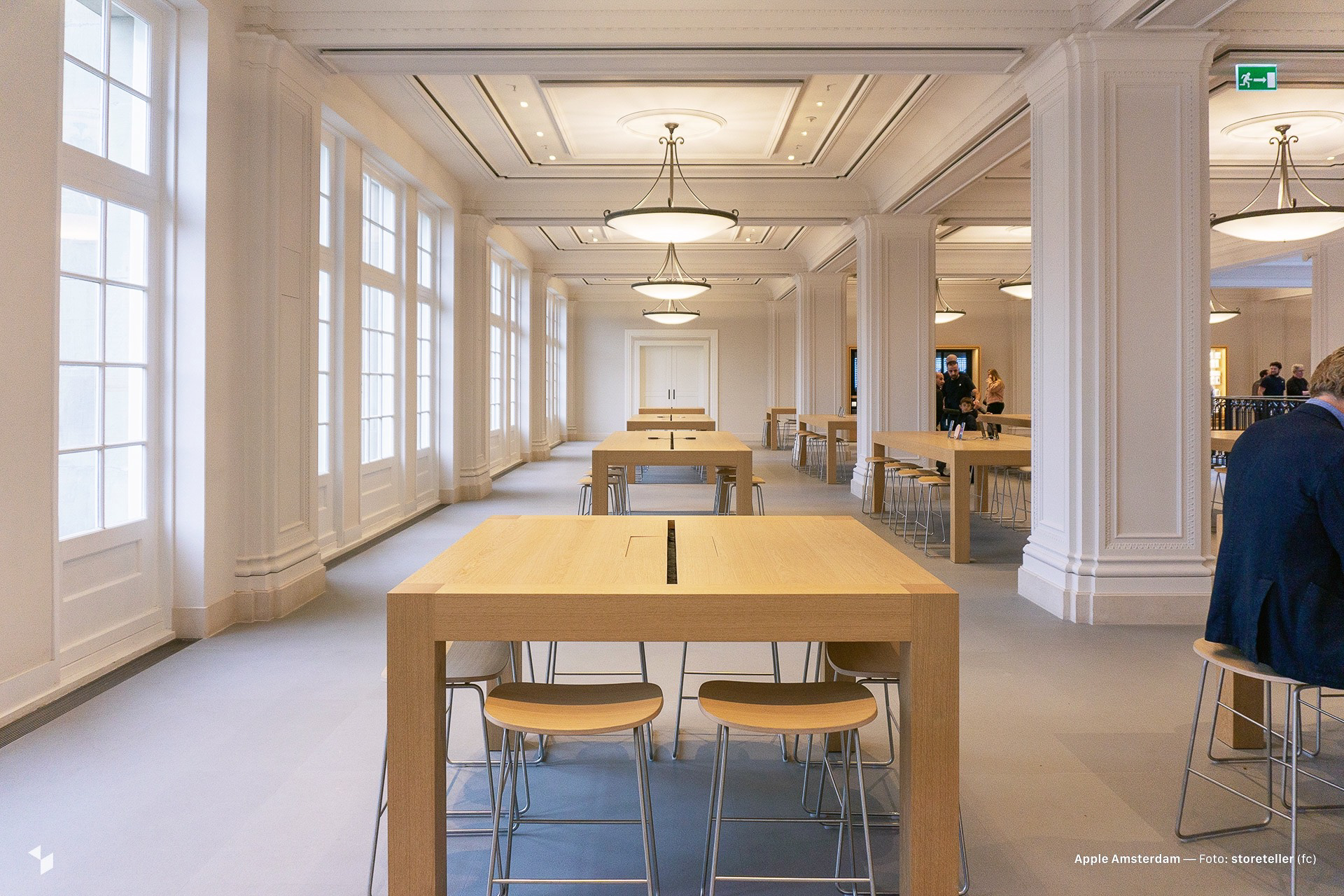 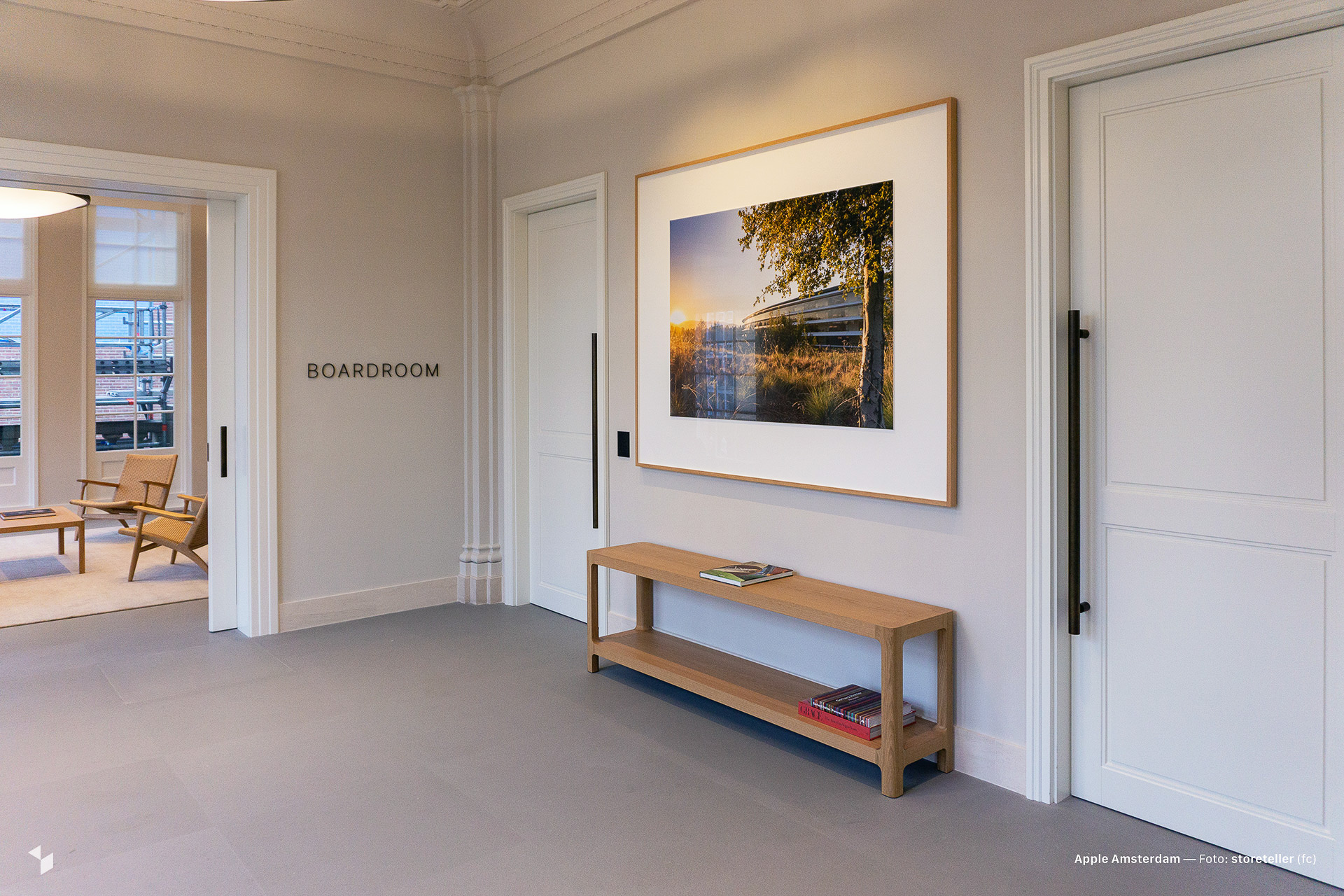 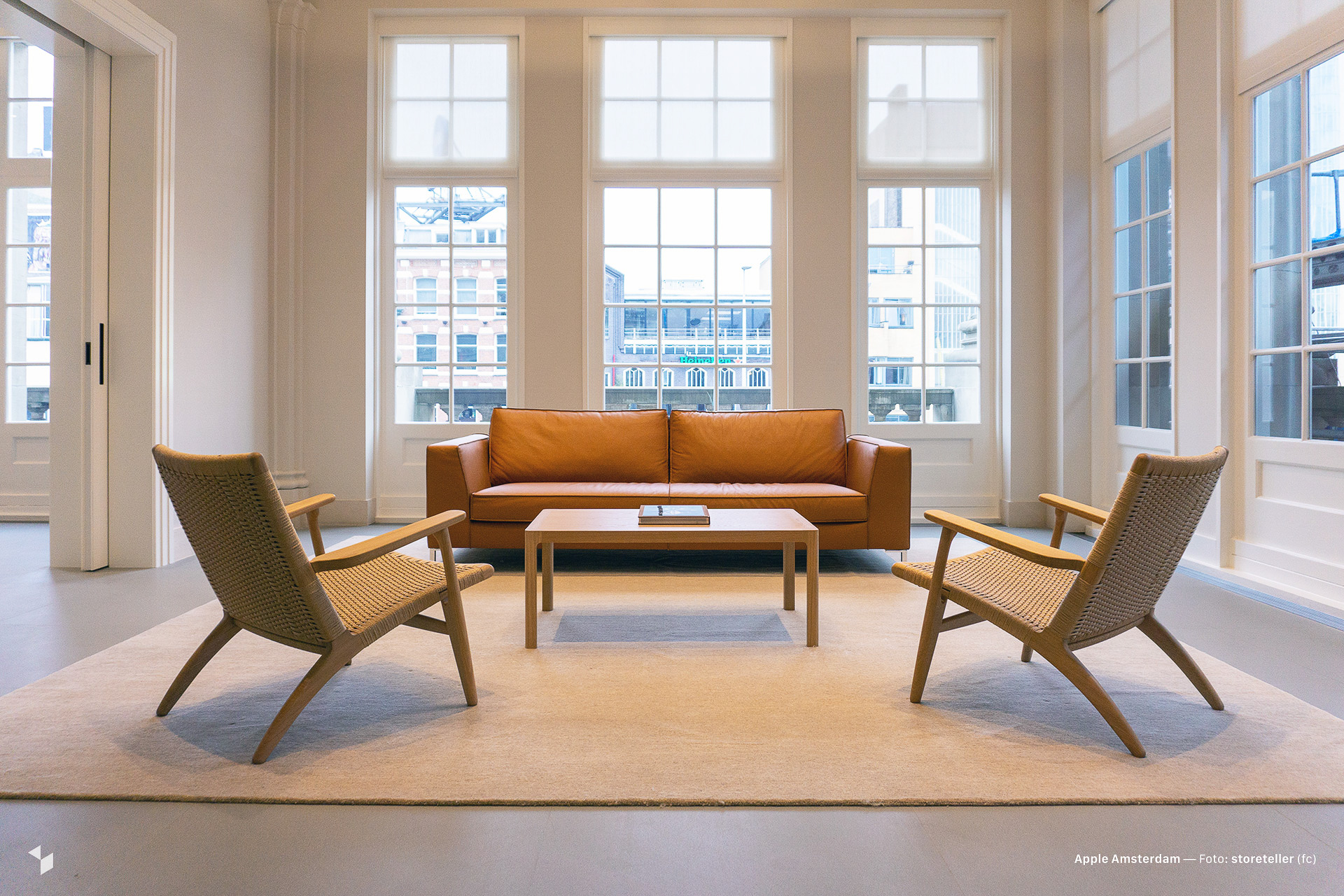 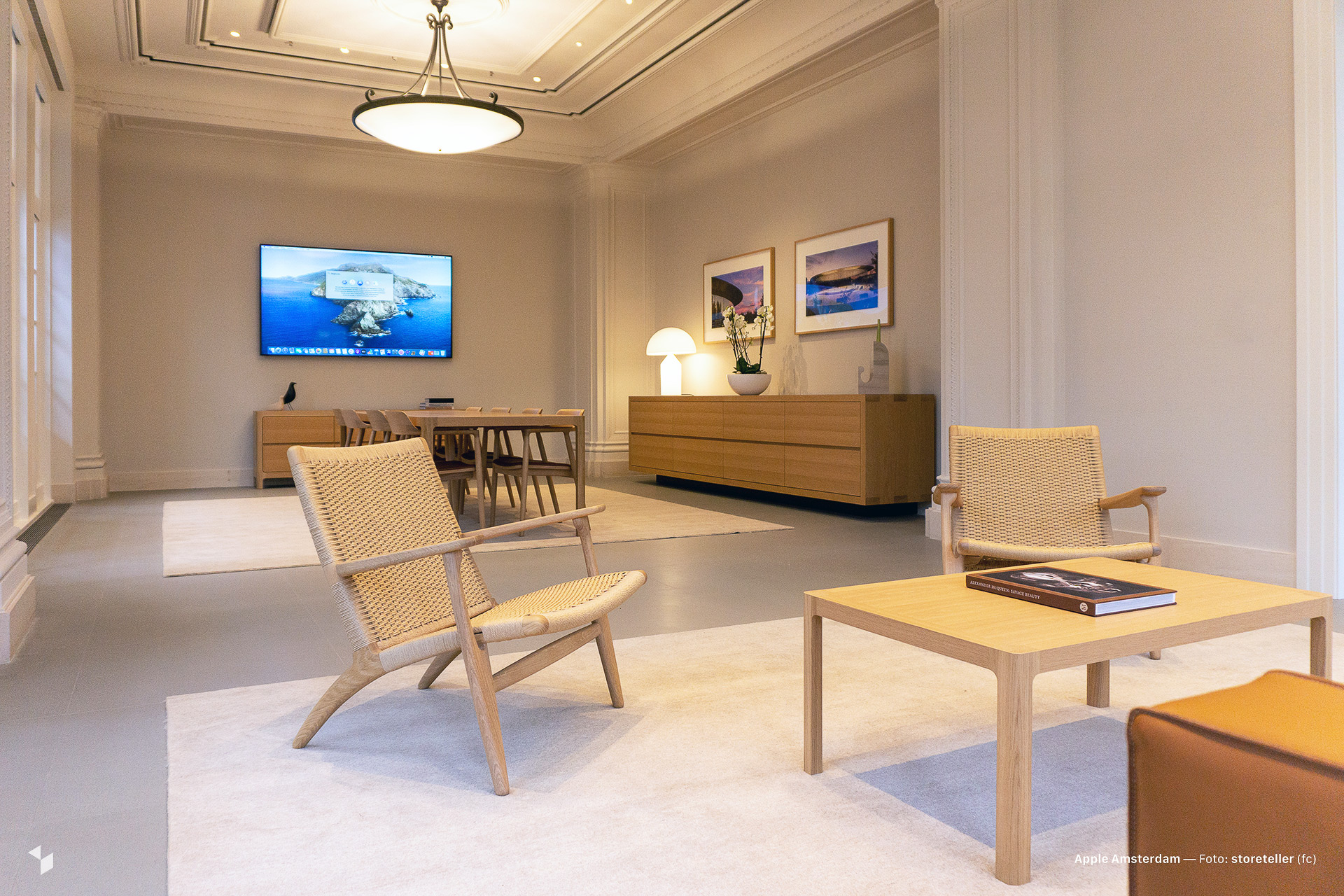 Two of Apple’s three stores in the Netherlands are now equipped for the full Today at Apple experience. Apple Den Haag was the first, adding a Forum and video wall last November. Changes to the store were overall less significant than Amsterdam’s upgrade. As The Big Draw wraps up, Apple Amsterdam’s Forum begins hosting an “Image in motion” session collection through November. Opening day’s first big event is an exclusive discussion with staff from the Eye Film Museum. 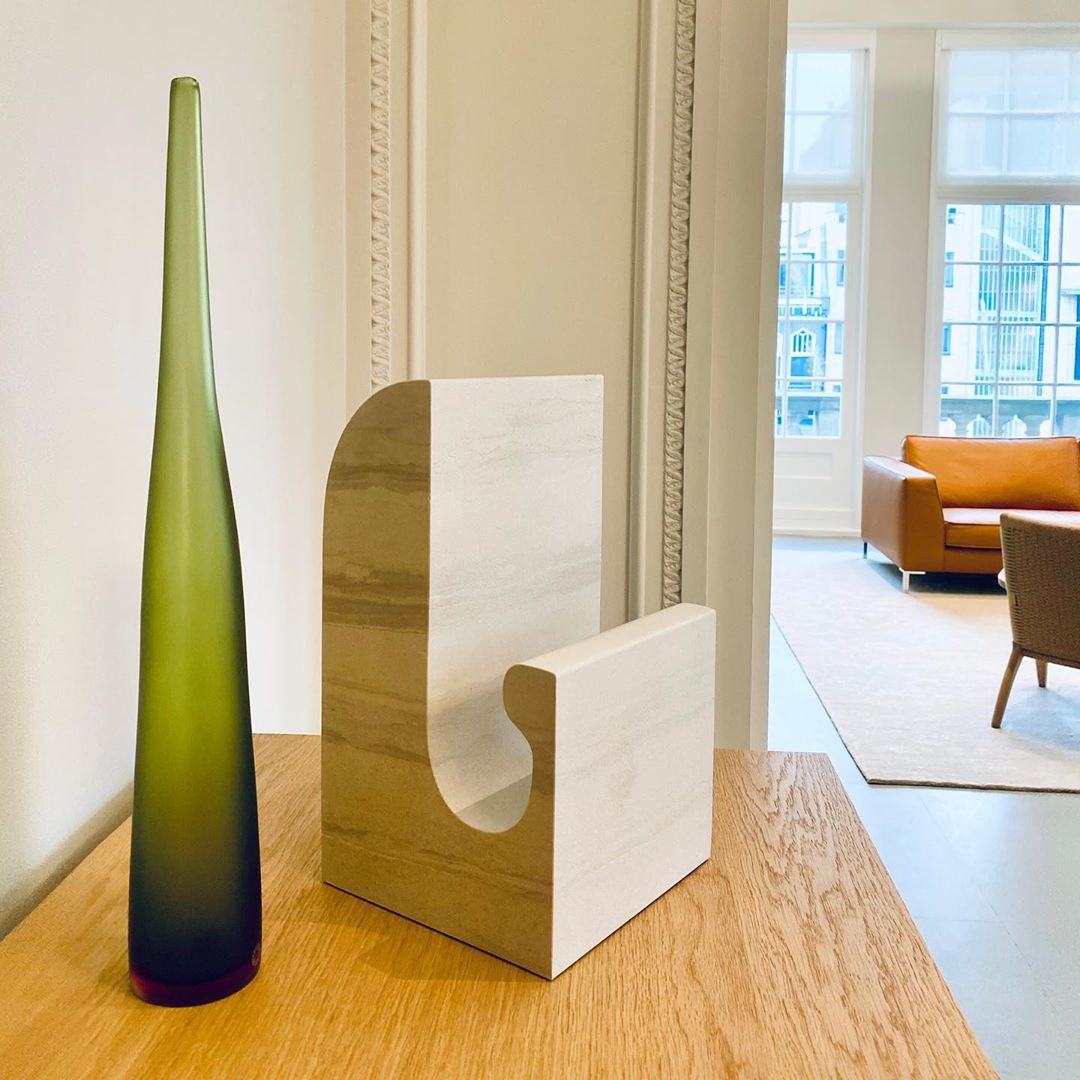 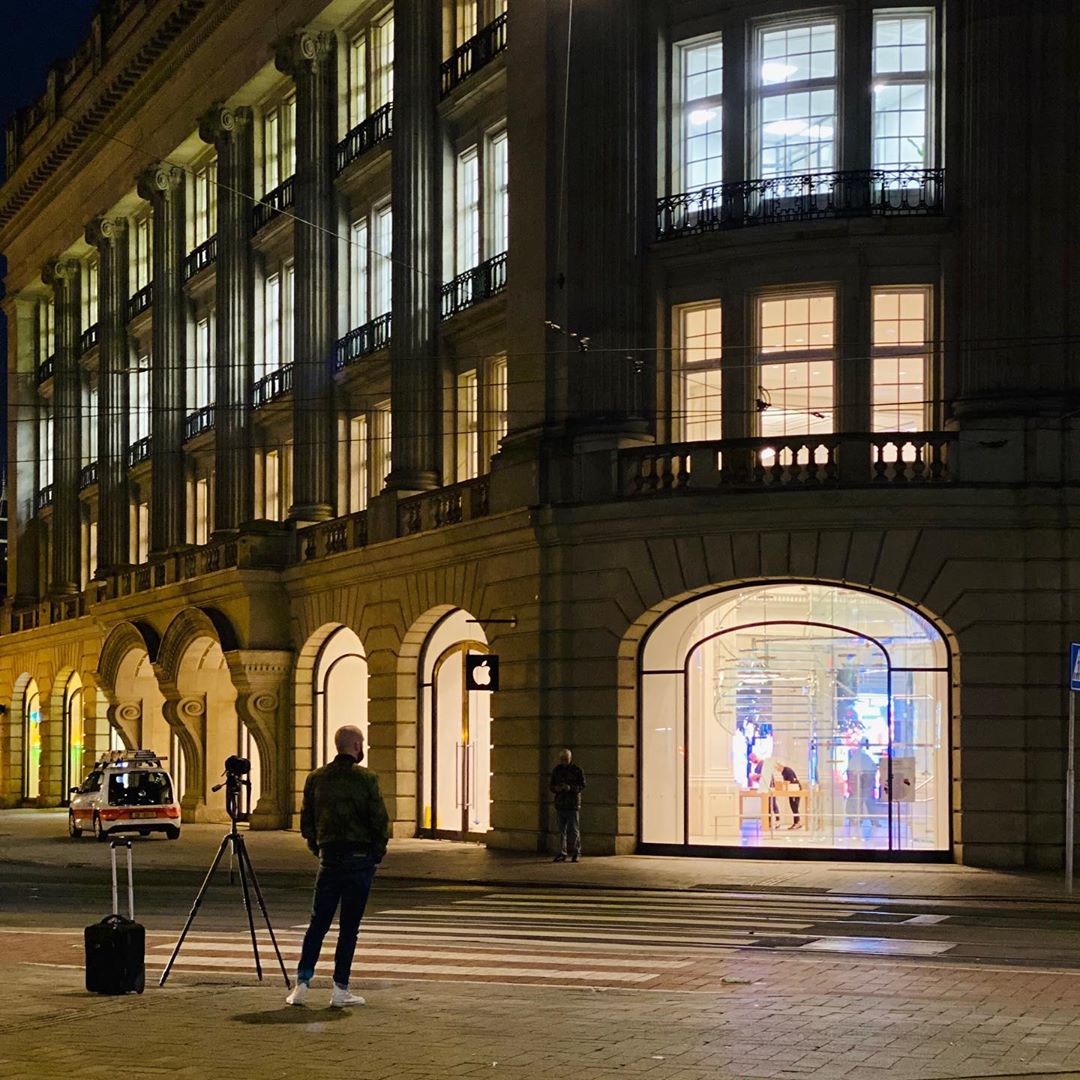