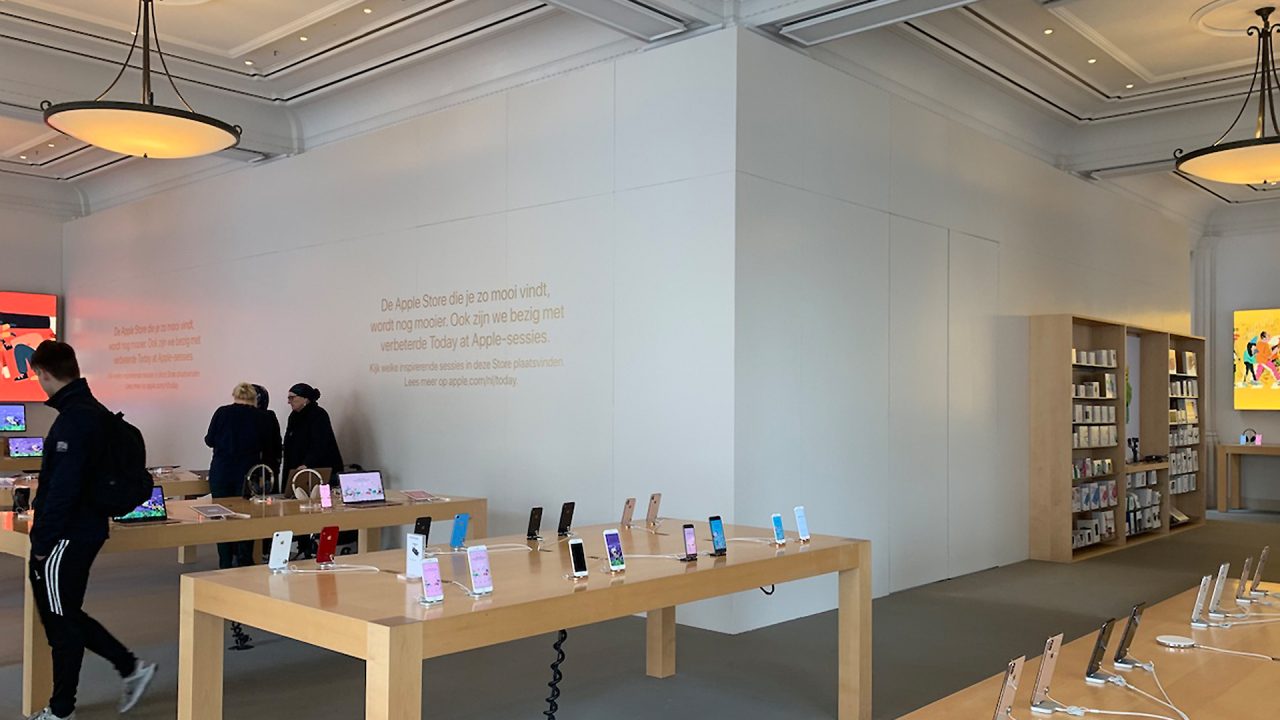 As Apple works toward its promise of creating 70 new Forums per year in retail spaces, classic stores around the world have recently begun the process of adding video walls for Today at Apple sessions and replacing Genius Bars with seating and modern store fixtures. This first wave of upgrades in 2019 is just the start of many more similar renovations that should roll out throughout the year.

In the Netherlands, iCulture has documented the beginning of dramatic changes coming to Apple’s only store in Amsterdam. The historic restored building in which the store resides constructed temporary walls today as preparation to transform the store’s atrium into a community Forum for events and sessions began.

Unlike at London’s Covent Garden or Barcelona’s Passeig de Gràcia store, Apple has chosen to keep Amsterdam’s sales area open during renovations. With just three stores in the Netherlands and no secondary location in downtown Amsterdam, it’s likely that Apple wants to mitigate the need for disruptions in service.

A similar strategy was used during the initial phases of construction at London’s Apple Regent Street in 2016. iCulture notes that the renovation work will occur in eight phases and may take as long as October to complete. 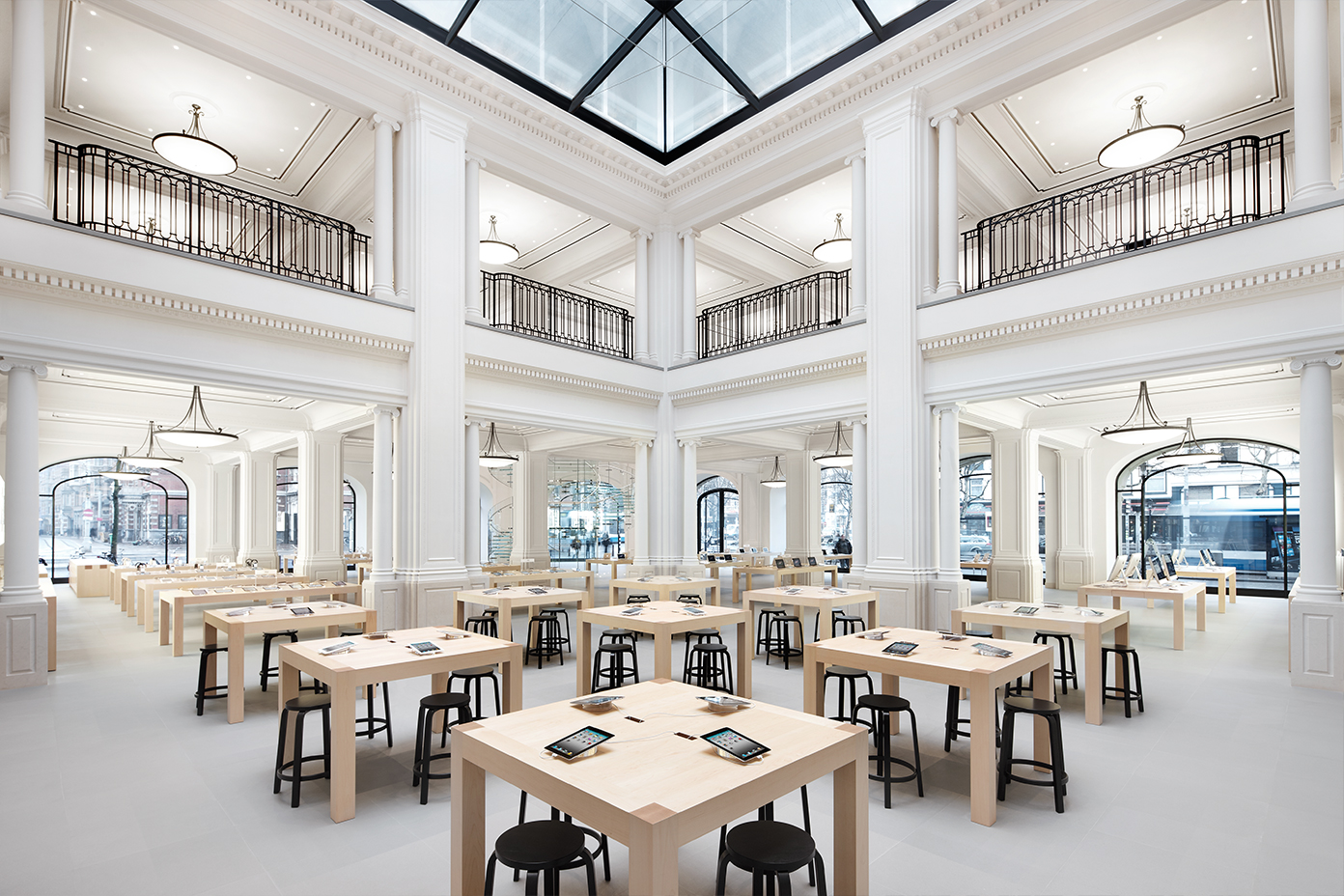 Apple Amsterdam prior to renovations.

Last year, Apple Den Haag was updated with a video wall and Forum expanding its capacity for Today at Apple sessions. Changes in Amsterdam are expected to be more significant and could eventually resemble last summer’s upgrades at Covent Garden, where the historic fabric of the store was preserved by uniquely adopting Apple Store design principles to the space.

In Australia, changes are underway as well. Just outside of Melbourne, a video wall is currently being installed at Apple Highpoint. Nearly identical upgrades have begun at Apple Broadway near Sydney. Last month, we noted that the nearby Apple Bondi would be closed starting March 24th for an upgrade.

In the U.S., Apple’s promised improvements to Apple Knox Street in Dallas have begun. The changes occur just as permanent closure dates for Apple Stores in Plano and Frisco, Texas were announced. Apple’s newest U.S. store, Galleria Dallas, will open on April 13th just north of the Knox Street location. 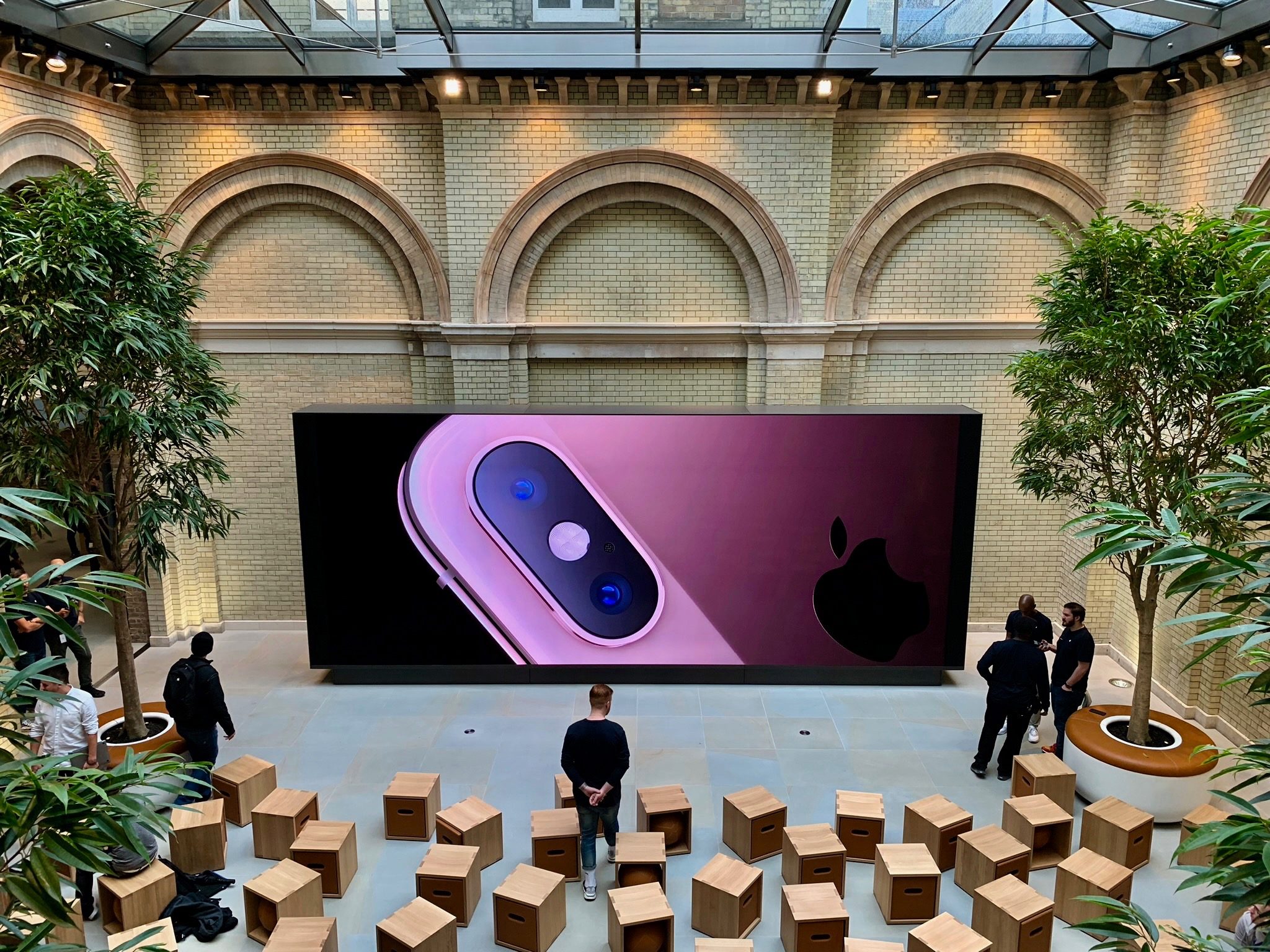 If your store is getting a video wall upgrade, we’d love to see your photos. Follow 9to5Mac’s retail guide for in-depth coverage of the latest Apple Store news.