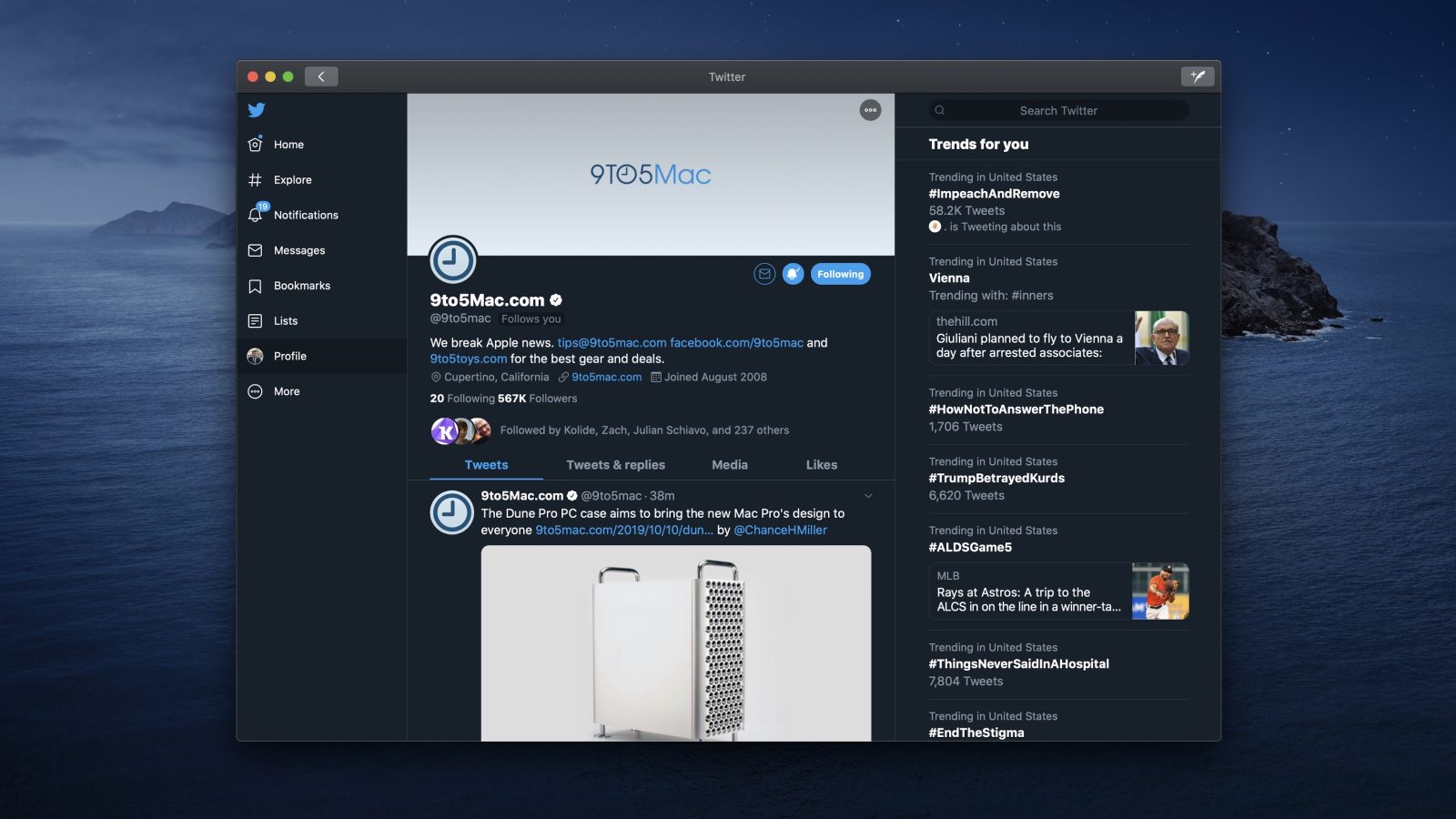 Twitter brought its app back to the Mac earlier this month with the help of Catalyst. Now the app is seeing its first major update and there are a host of improvements and bug fixes for app stability, keyboard shortcuts, multiple account management, and much more.

Twitter arrived for macOS with a UI very similar to the iPad app (naturally since it’s a Catalyst app : ) Dark Mode support, and more.

Now we’ve got the first major update to clean up a variety of bugs and bring a range of improvements for a much better experience.