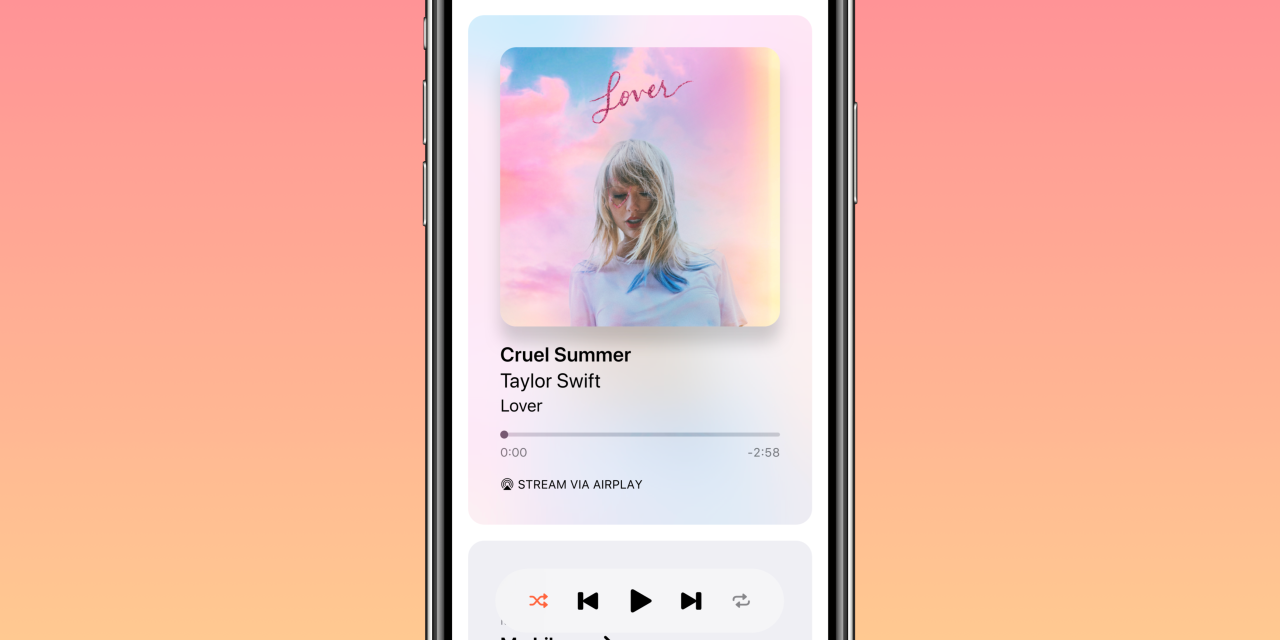 Since Apple introduced the MusicKit API back in 2017, developers have created amazing apps to access Apple Music with exclusive interfaces and features. And now, it’s time for Next, a new iOS app created by Sorcererhat that brings dynamic playlists to Apple Music.

Unlike other third-party Apple Music apps that are already available, Next isn’t precisely an alternative player to the built-in app. Instead, the app focuses on helping users discover more about their music library with automatically generated dynamic playlists.

Using Next is extremely simple and intuitive. The main screen of the app features the “Magic DJ,” a smart, organized playlist of the top songs from your library. Just tap the play button to start listening to your songs without worrying about choosing them.

In my experience, the app has selected over 800 songs for “Magic DJ” with a mix of my most played songs and more from my favorite artists. It’s great when I want to listen to the songs that I like in shuffle mode. And there’s still much more on Next. 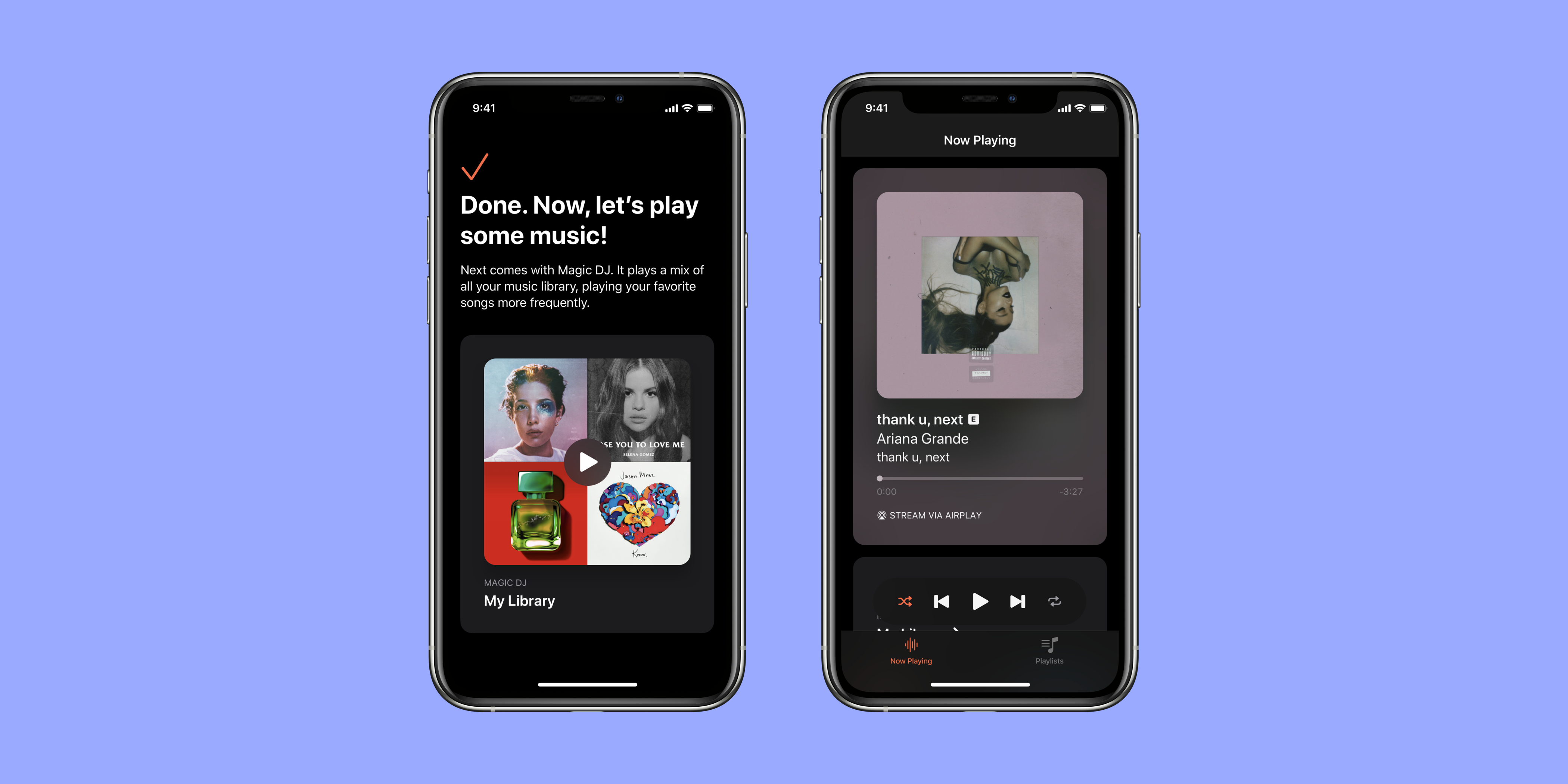 For those who want to play something more specific, there’s the “Playlists” tab. Users can find a bunch of dynamic playlists based on their listening habits, including “25 Most Played”, “Recently Added,” some “Most Played” by artists, genres, and more.

There are two specific dynamic playlists that I appreciate. “Forgotten Songs” features those songs that we endlessly listened to in the past, but eventually became forgotten over time. And “Never Played,” as the name suggests, brings all the songs in your library that have never been played.

I was surprised by the last one. Sometimes I add an entire album to my library, but I only listen to a few songs from it. I had over 300 songs never played here, and finally, I’ve listened to over half of them thanks to Next.

Playlists are automatically generated and updated continuously by an algorithm developed exclusively by the Next team. The app also has a beautiful and refined interface, with cool animation on the Now Playing card, similar to the one used for real-time lyrics in the Music app. 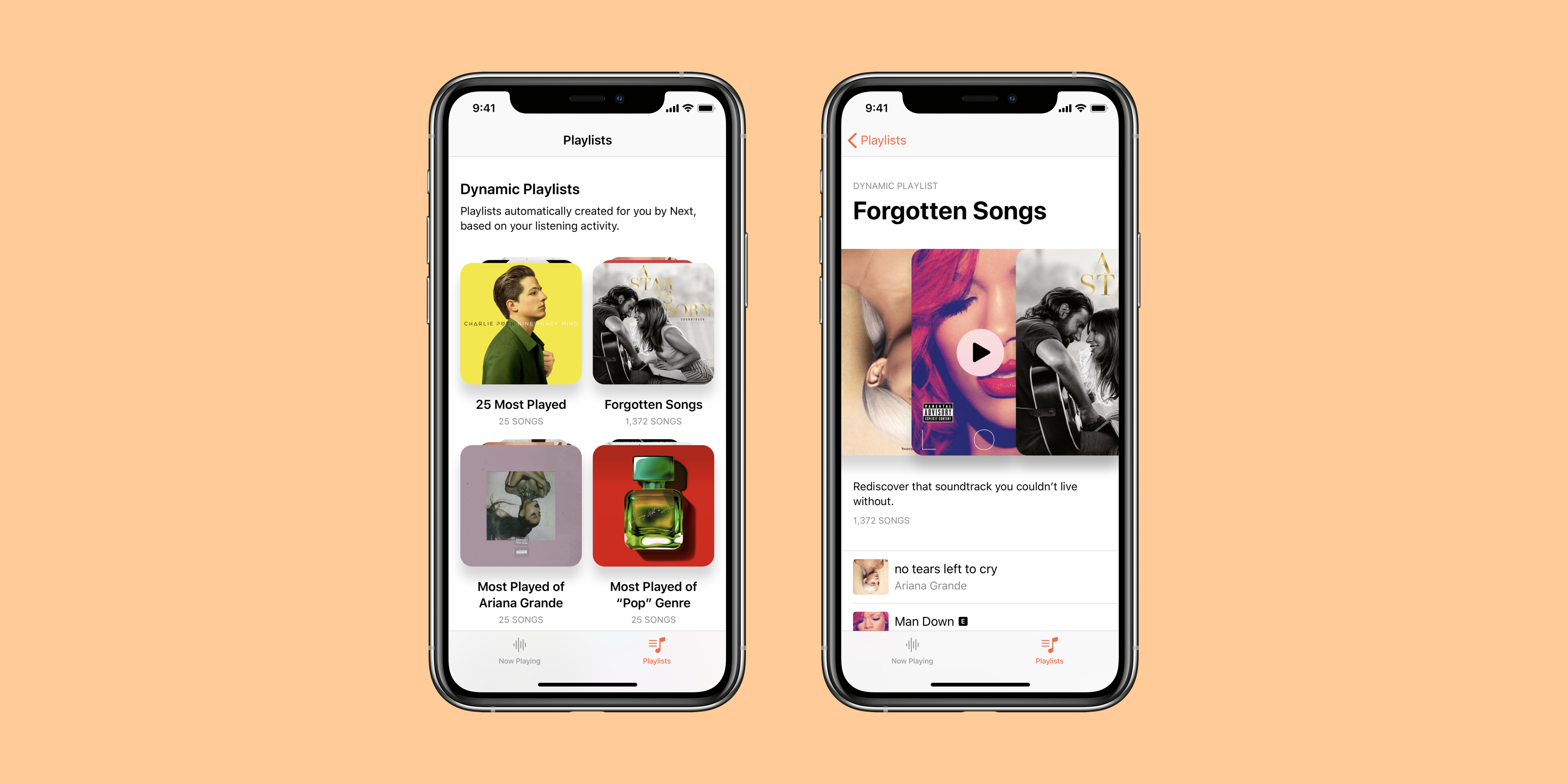 Next is now available on the App Store for a special limited-time launch sale price of $4.99 in the US. The app requires an iPhone or iPod touch running iOS 13 with an active Apple Music subscription.

According to the developers, they’re already planning to release an update with iPad compatibility, Siri Shortcuts support, and more.