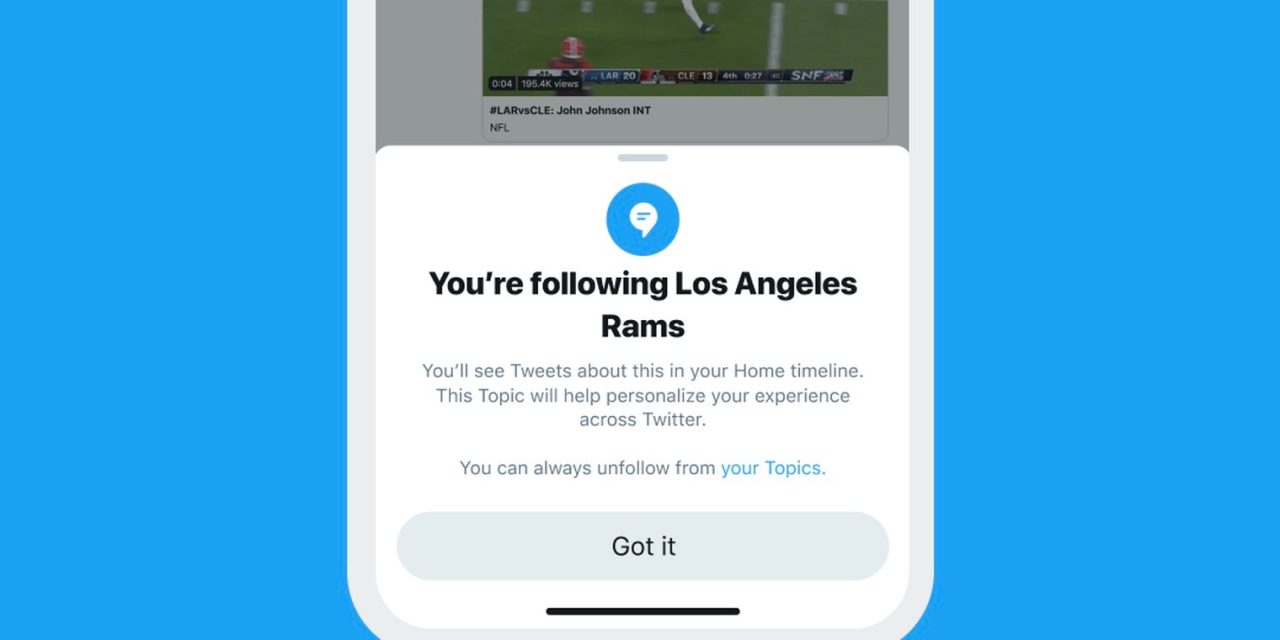 Twitter teased its Topics feature back in August and now it’s set to roll out for all users soon. Topics make it easy to keep up with all the latest news you’re interested in across 300 different subjects including sports, entertainment, and gaming.

Reported by The Verge, Twitter Topics give users an easy way to keep up with what they love as it lets you see tweets of interest from credible sources that you might not follow.

You will be able to follow more than 300 “topics” across sports, entertainment, and gaming, just as you are currently able to follow individual accounts. In return, you’ll see tweets from accounts that you don’t follow that have credibility on these subjects.

Twitter’s Topics team leader, Rob Bishop noted the goal of the feature is to improve users’ daily use.

“We know that the main reason that people come to Twitter is to keep up on the things that they’re interested in,” said Rob Bishop who leads Topics team. “The challenge is it’s really quite difficult to do that on Twitter day to day.”

Further, Bishop shared with The Verge what’s in the pipeline for Topics:

So what’s next? More topics, including on subjects that are popular internationally, Bishop said. The team is also working on a feature to mute topics, which could be useful for anyone who is trying to avoid spoilers for a popular television show, for example. Eventually, Bishop says, you may be able to “narrow cast” your tweet to followers of a particular subject, which is another ancient dream of Twitter users. (Imagine being able to discuss the city you live in on Twitter but only with people who are following that subject.)

Topics are set to roll out globally on Wednesday, November 13th.

Top image via The Verge