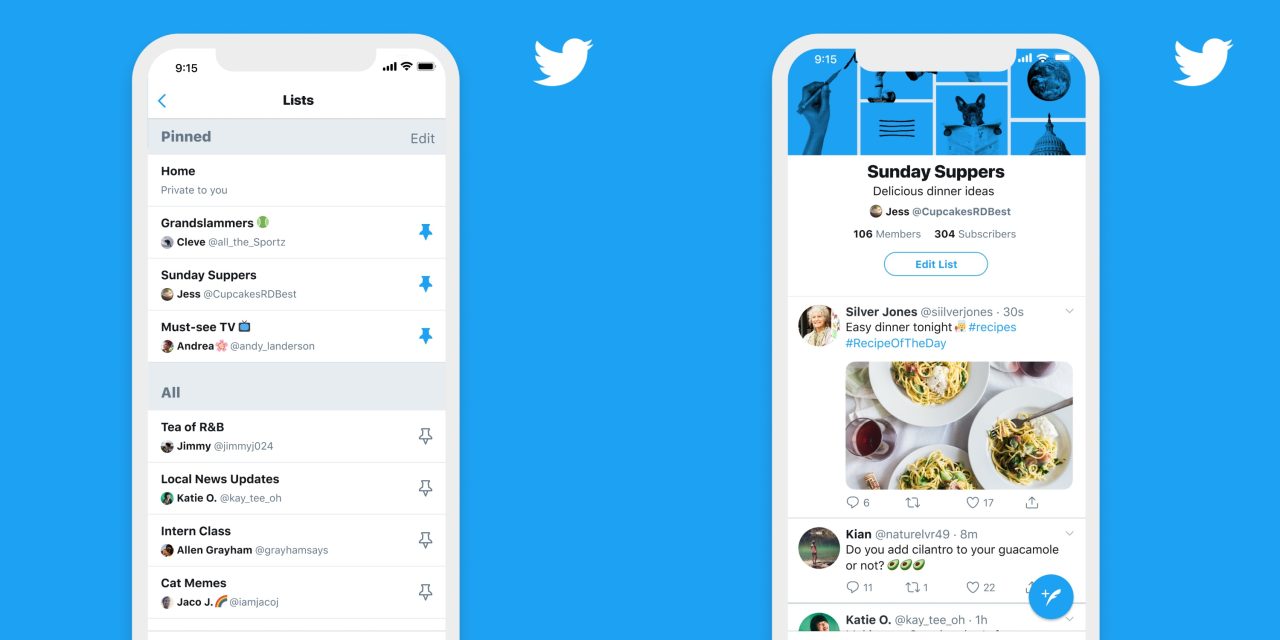 On iOS starting September 23, we’ll be expanding this feature to people across the globe who will now get to pin up to five Lists directly to their Home timeline, and with a fancy new landing page.

Another way to think about pinned Lists on your home timeline is it allows you to shift from seeing everything on Twitter to a curated, focused Twitter. If you’re seeing the feature for the first time today, here’s how it works.

This is just the beginning of our work to make Lists a way to discover and follow conversations about the things you care about. By the end of the year, Lists will be getting a revamp with new features including the ability to report, discover and share Lists created by the global Twitter community.

Spotted by TechCrunch, Twitter has also made an update today to its policies around financial scams.

We’re always updating our rules based on how online behaviors change. Today we're expanding our policies to prohibit financial scams.