At JNUC 2019, Jeremy Butcher from Apple Product Marketing came on stage to give the Apple community an update on the state of Apple’s enterprise focus. He highlighted that all Fortune 500 companies are using Apple products.

If you worked in an office environment up until 2007 (when the iPhone launched), you know that enterprise environments were built around Microsoft Exchange, Microsoft Active Directory, Microsoft Office, and just generally everything Microsoft. Usually, the only people who were able to get a Mac at work were “the creative people.”

After the iPhone launched, it was a slow burn as C-level employees wanted to get their email on their iPhone. In hindsight, you really can’t overstate how important it was for Apple to integrate ActiveSync into iPhone OS 2.0. Building in native Exchange email support was their trojan horse into the enterprise. 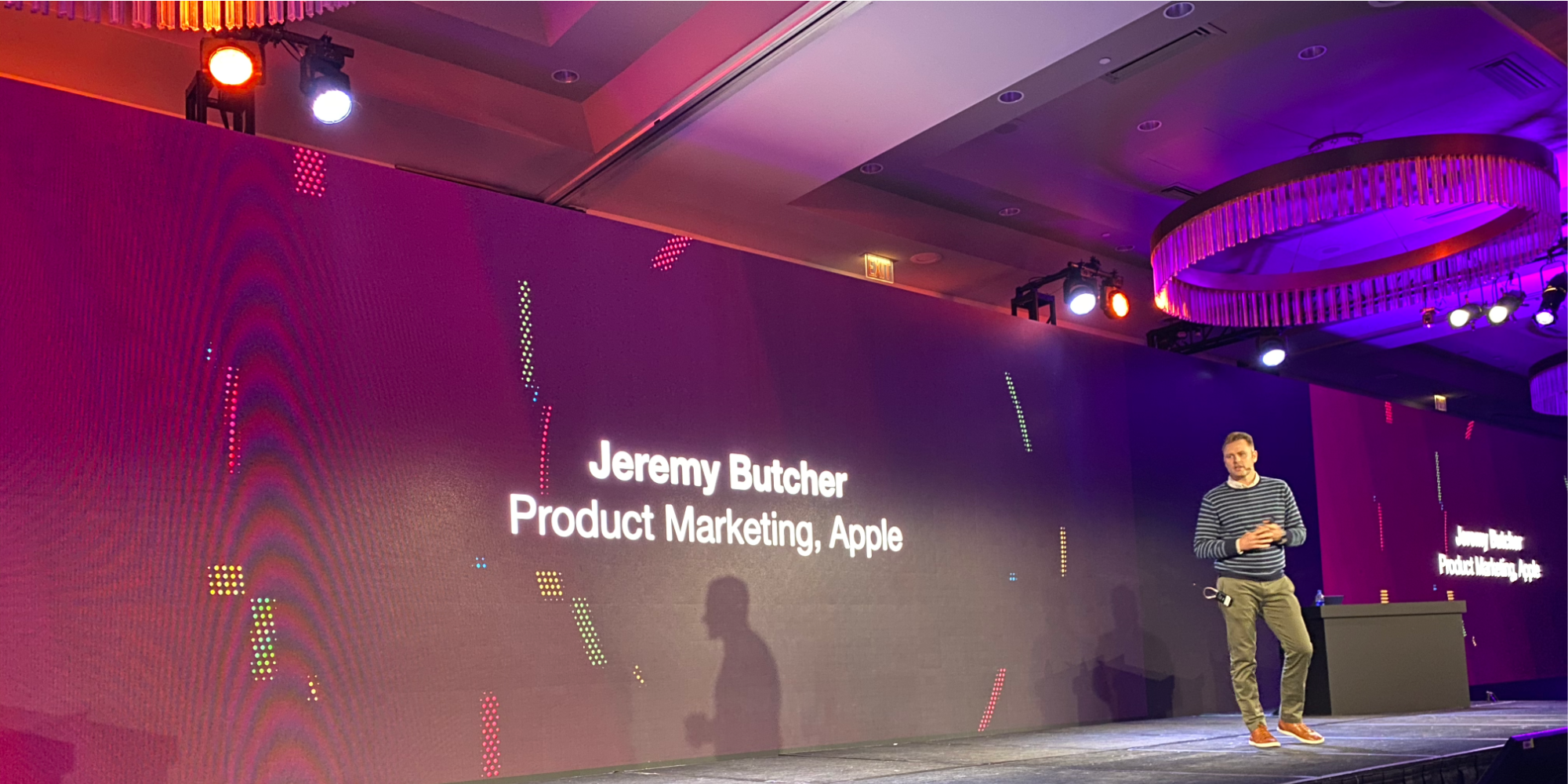 Jeremy ran through a history of how Apple has evolved over the last ten years with how it enables organizations to deploy and manage Apple devices in the enterprise. A lot has changed in the previous ten years with how Apple has advised IT on best practices for Mac deployment. We’ve seen tools like Profile Manager, Apple Configurator, MDM protocols, volume purchases for apps, free OS updates, and more. I wrote about the importance of the free OS update model in a previous article.

Today, upgrading isn’t just about new features. It’s also important in our ever-connected world. Security is an ever-moving target, and we see our share of zero-day exploits that require immediate action for IT departments to remain secure. In the iOS world, we’ve seen Apple release multiple updates within a month of iOS 13’s availability. If Apple was still charging even $29 for OS updates (Snow Leopard was a $29 upgrade), you’d likely see business customers wait on hardware refreshes before they updated. In turn, this would force Apple to continue supporting old OS’ for business customers. Because everything is now free, Apple can quickly recommend that all enterprise customers move ahead as quickly as possible. While they are losing on out some potential software revenue, they certainly make it up in IT departments deploying Apple products when they otherwise might not.

If you think about how enterprises have changed in the last decade, you’ll see how quickly Apple has moved with enabling companies like Jamf to help organizations succeed with Apple. I’ve put together a quick GIF showing all the changes Apple has made over the years. In that period, we’ve seen employees move from desktops to laptops and from laptops to smartphones, iPads, Apple Watches, cloud services, and more.

It’s no longer about figuring out how to bind a Mac to Active Directory. Microsoft server products are not the only way organizations can succeed with technology. It’s entirely possible to build an entire enterprise network without Active Directory and use G Suite with services like JumpCloud and Jamf Connect to extend G Suite login to Mac, iPads, LDAP, RADIUS, and more. Jamf mentioned that Jamf Connect is coming to iOS in 2020.

Jeremy said the goals for Apple with helping enterprise customers are Security, Management and Deployment, Identity, and Productivity. Over the years, Apple has built out tools themselves or APIs for companies like Jamf to help organizations from five people to five million succeed with the Mac, iPad, iPhone, and Apple TV.

If you told me in 2009 that all of the Fortune 500 would be using Apple devices and there would be hundreds of organizations with more than ten thousand devices under management, I would have thought you were crazy, but here we are. Apple is a significant player in the enterprise today, and they don’t seem to be slowing down.