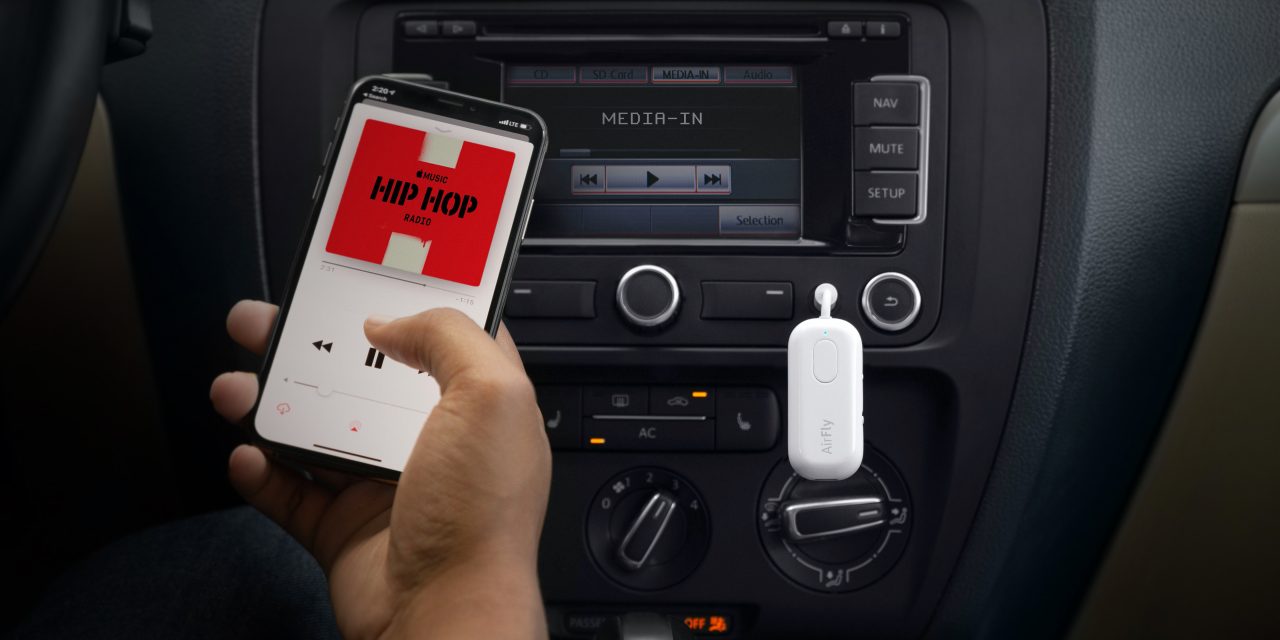 TwelveSouth today announced that its AirFly Pro Bluetooth adapter dongle, the latest addition to its range of AirFly accessories, is stocked at Apple Stores worldwide. AirFly lets you connect any 3.5mm headphone jack to Bluetooth headphones like AirPods. New to the AirFly Pro is the ability to also transmit in the other direction…

The AirFly is useful in any situation where a media device does not support Bluetooth connectivity; gym televisions, the Nintendo Switch console, to name a few.

Over time, TwelveSouth has expanded the feature set. The AirFly Pro can connect to two sets of headphones and send audio to both simultaneously, similar to iOS 13 Audio Sharing but enabled for any headphone jack and is compatible with any headphone model. This is also available on the AirFly Duo.

What separates the AirFly Pro from the rest of the lineup is the addition of a receiver mode. This means you can now transmit in the other direction; sending audio from your iPhone to an AUX IN input. This is useful for connecting to older cars that lack Bluetooth or rental cars where you don’t want to pair your personal devices. You could actually take any classic speaker with an aux-in port and make it Bluetooth-enabled.

The AirFly Pro charges over USB-C and touts 16-hour continuous usage between charges. The AirFly Pro is on sale now for $54.95 at Apple Stores.