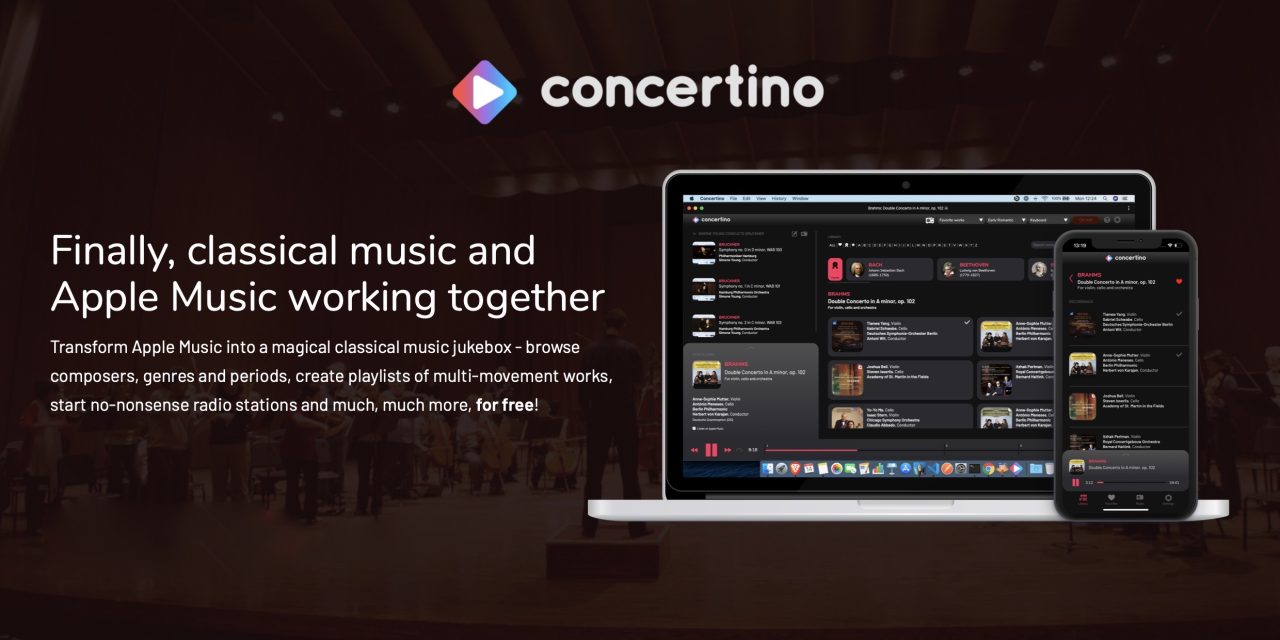 Apple Music offers a great UI and user experience in many ways but one genre it’s not designed well for is classical. Now a new, free web app has launched that’s tailor-made just for listening to classical music on Apple Music called Concertino.

As our own Ben Lovejoy previously pointed out, classical music and other less mainstream recordings suffer on Apple Music.

That piece, by Franz Rumiz, identifies a number of issues. The first is that classical music fans don’t just want to find a composer and a track, the exact recording is crucial.

“Just think of Verdi’s “La Traviata”. This opera has an own Wikipedia entry which lists 29 different recordings of the piece and this is just a partial discography. The major distinction of classical pieces lies in categories that are not provided by Apple Music or that are ordinarily summarized in the artist section: conductor, orchestra, soloist/ cast, opera house and year.”

Other issues with listening to classical music on Apple Music include “nonsensical playlists” and the service inserting breaks in-between movements that shouldn’t be there, and a system based on artists, albums, and tracks. In contrast, classical music is built on composers, works, performers, and movements.

Concertino is here to solve these pain points for Apple music customers. Here’s how the developer describes the new web app:

Online music is here to stay. But, like most platforms, Apple Music was designed for popular music, based on singers, albums and, specially, tracks. Classical music demands a very different approach: it is based on composers, works, performers (a plenty of them) and movements. Concertino brings the complex structure of classical music to Apple Music. It combines composers and works info from the Open Opus library with automated analysis of the Apple Music metadata. The result? A free, open app that makes Apple Music and classical music work together, at last.

The web app is free to use and the developer is also working on an iOS app. Check out Concertino here.