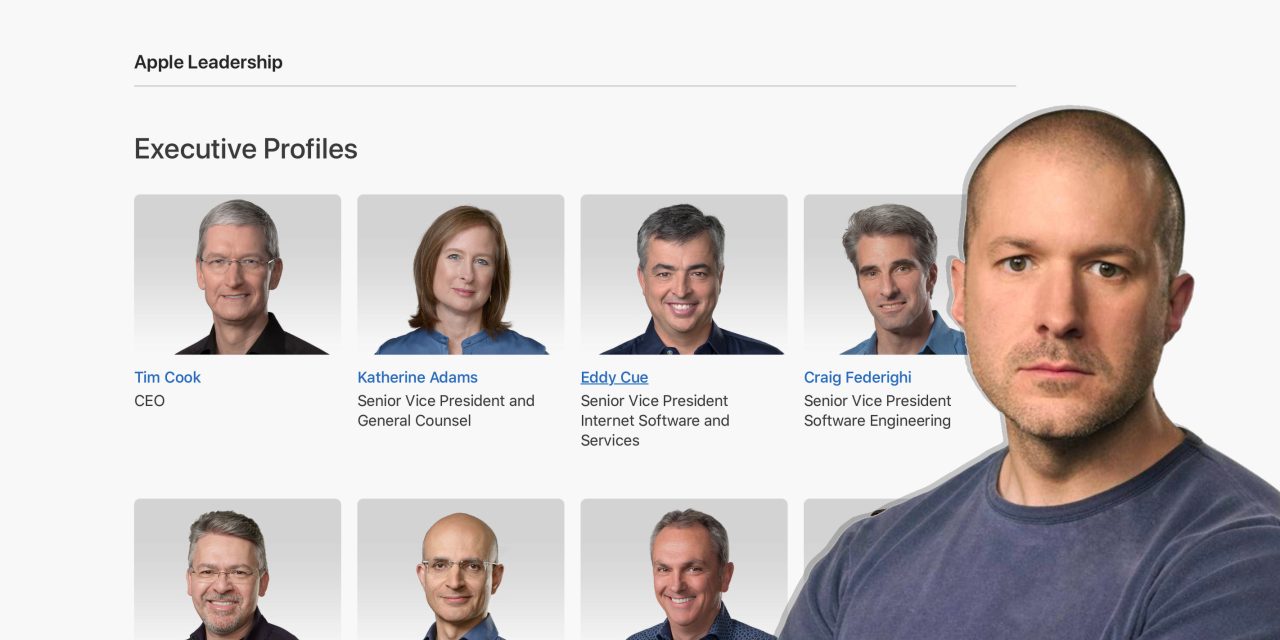 As announced in a statement earlier this year, Ive’s departure would see Evans Hankey become the new head of the design group (some have since criticized Hankey for being more of a manager than creative designer) as VP of Industrial Design alongside software design chief Alan Dye, VP of Human Interface Design. Interestingly, Apple has not included either of their bios on the leadership page which leaves the page absent of any design-focused executive representation.

Alan Dye did previously have a stint on the leadership page. Him and Richard Howarth showed up during the time when Jony Ive was ‘promoted’ to the role of Chief Design Officer in 2015, which many saw as the beginning of the end for Ive.

In a somewhat twisted turn of events, it was announced in late 2017 that Ive would be returning to run to day-to-day responsibilities. Clearly, that did not go well as a year and half later, he would announce his departure.

Ive is leaving Apple to set up his own design consultancy with Marc Newson, called LoveFrom, which will supposedly include Apple as its first client. It remains to be seen whether anything substantial comes out of that partnership. It is hard to imagine how Apple could develop a product alongside an external design group that is not in Cupertino offices day-in day-out. Perhaps  LoveFrom will be tasked with making cool Apple Watch bands and little more.

Apple has over 100 vice president roles, but only a handful get an esteemed place on the company leadership page. The currently-featured VPs are Lisa Jackson, Isabel Ge Mahe, Tor Myhren and Adrian Perica.