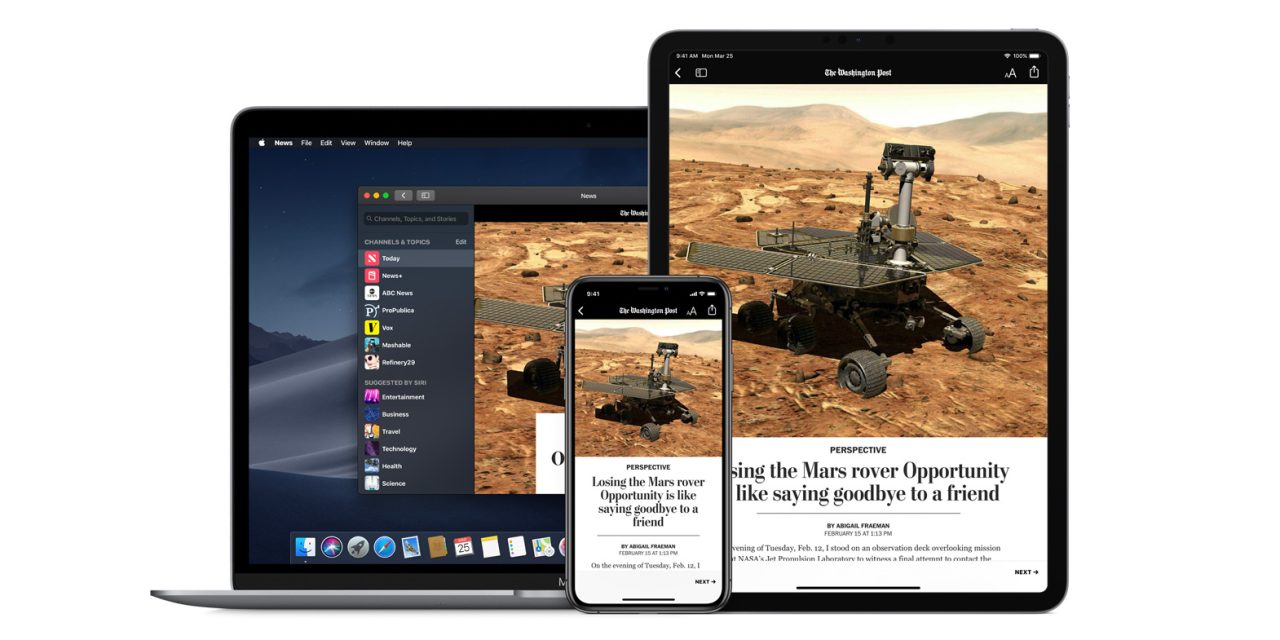 Apple News is expanding its mail notifications with a new ‘Good Morning’ daily newsletter. Previously, users could opt in to receive email alerts from Apple News about select featured stories. The company appears to be formalizing that into a regular daily newsletter.

Apple says it will bring top news, analysis, and fascinating features every morning, collating the ‘best stories from the most trusted sources’.

Apple has said that Apple News is the most popular news app on the iPhone. Publishers generally report strong pageview numbers from the app but are struggling to monetize their audiences with advertising.

For its part, Apple launched News+ this year: a premium offering of ~300 magazines and newspapers for a monthly subscription fee of $9.99 per month. Uptake for News+ appears to be slow. 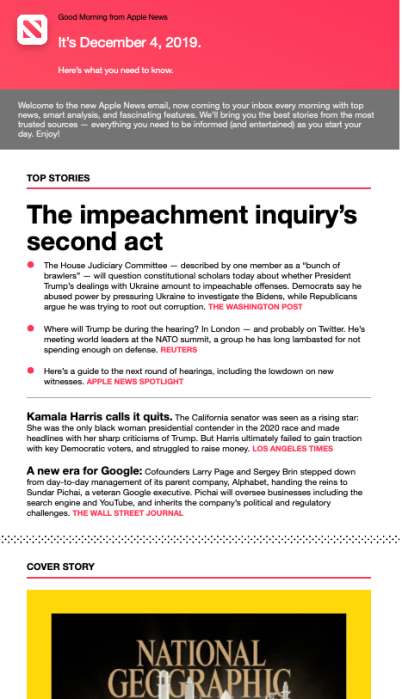 The first Good Morning email features headlines and summaries from The Washington Post, Reuters, LA Times, The Hollywood Reporter, among other sources. The summaries are clearly written by Apple’s editorial team and are not merely quotes from the source articles. There is also a sizeable section dedicated to content found in Apple News+, including a ‘The Last Word’ quote.

Right now, there doesn’t seem to be a way to manage email notification settings inside the News app. If you are receiving Good Morning emails and would like to opt-out, or if you want to sign up, for now the easiest way is through Apple ID settings.

How to opt-out of Apple News emails

The Good Morning from Apple News email does not include a direct link to unsubscribe (update: some people reporting they have an unsubscribe link at the very bottom of the email, whilst others not seeing it). Some people have received these messages and are confused as they did not explicitly sign up to get a newsletter, and there also being no clear way to opt-out. Apple likely got ‘consent’ to send these years ago, as the News app shows an email notification sign up when you first launch it.