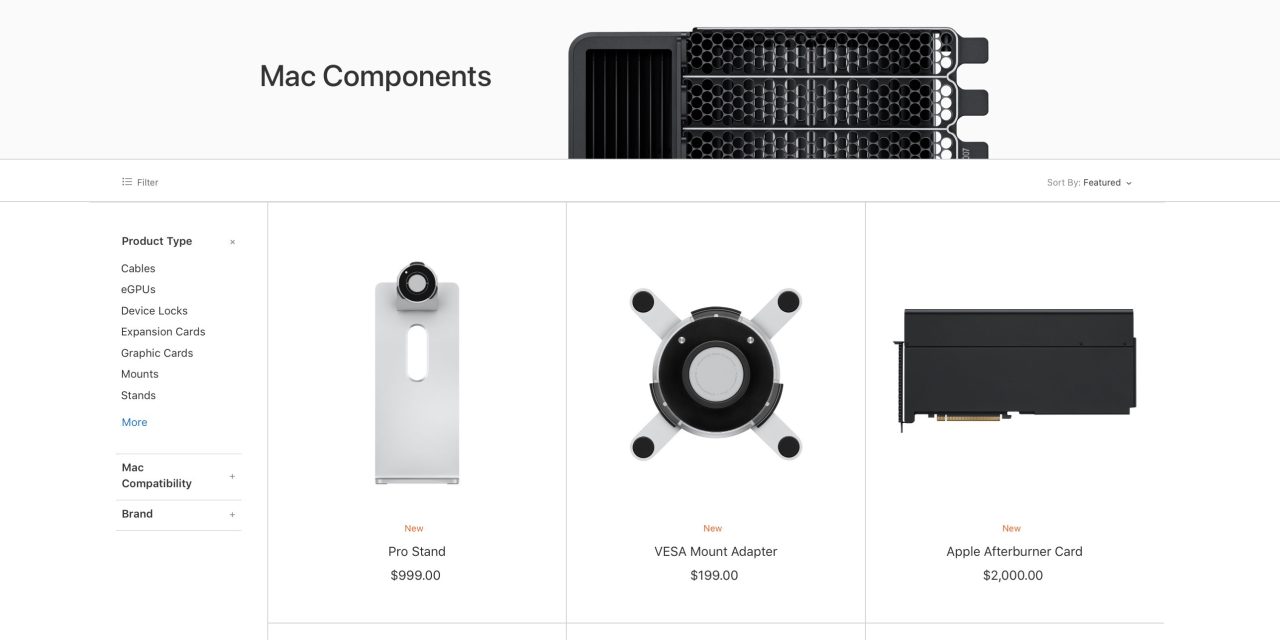 We learned about many of the planned Mac Pro accessories both from third-parties and Apple back in June at WWDC. Now we’ve got specs and pricing for accessories like storage and GPU modules, the Afterburner card, a specially designed Logitech webcam, the Apple VESA mount adapter, a lock from Belkin and more.

Apple’s Mac Components landing page is now live with the first accessories to be available for the Mac Pro. We already knew the Pro Display XDR stand was going to run $999 but many of the accessories are new and this is the first time seeing pricing and specs.

Not listed on the accessories page are the Mac Pro wheels which need to be purchased when configuring your Mac Pro, they run a cool $400. Meanwhile, the rack-ready Mac Pro will start at $6,499 and be available for order sometime “soon.”

As for Apple’s official accesories we’ve got:

Logitech shared a short clip of its new pro webcam in action.