New black and silver Magic Keyboard and Mouse only coming with Mac Pro, at least for now 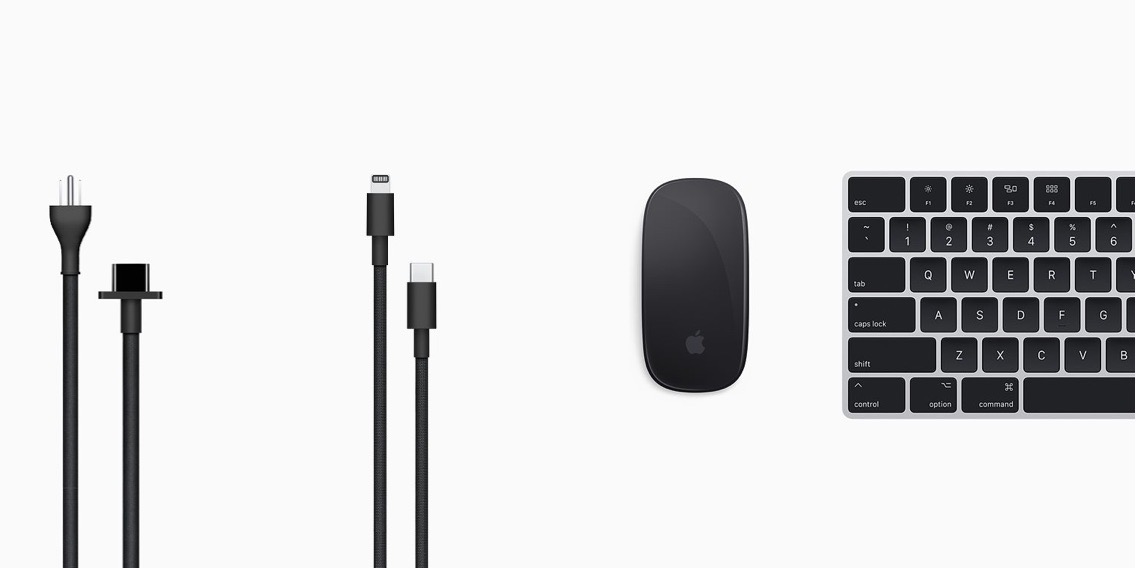 Now that the Mac Pro and Pro Display XDR are officially available to order, Apple has confirmed that the new color variant of the Magic Keyboard, Mouse, and Trackpad will only come with the new pro machine for now. And the same goes for Apple’s first black USB-C to Lightning cable.

Back at WWDC when the Mac Pro was first unveiled, Apple showed off the new black and silver Magic Keyboard, Mouse, and Trackpad. However, it went under the radar with it looking similar to the space gray variants, especially in low light.

One interesting tidbit as discovered in image assets by Steve Troughton-Smith is that it looked like Apple would offer a black and silver Magic Keyboard without numpad for the Mac Pro.

However, at the time of writing, Apple only shows the black and silver Magic Keyboard with number keypad as coming with the Mac Pro, with no option for a keyboard without the numpad.

Further, Apple highlights that the black and silver Magic Trackpad is only available with the purchase of a Mac Pro. And the Magic Keyboard and Magic Mouse are also not available to purchase as standalone accessories.

Time will tell if this will create silly aftermarket prices of the new Magic accessories’ black and silver color on sites like eBay. That’s what we saw with the iMac Pro launch and the exclusive (for a time) space gray Magic Keyboard, Trackpad, and Mouse.

The Mac Pro also appears to include Apple’s first black USB-C to Lightning cable in the box.

For what it’s worth, the space gray accessories became available on their own about three months after the iMac Pro first launched.