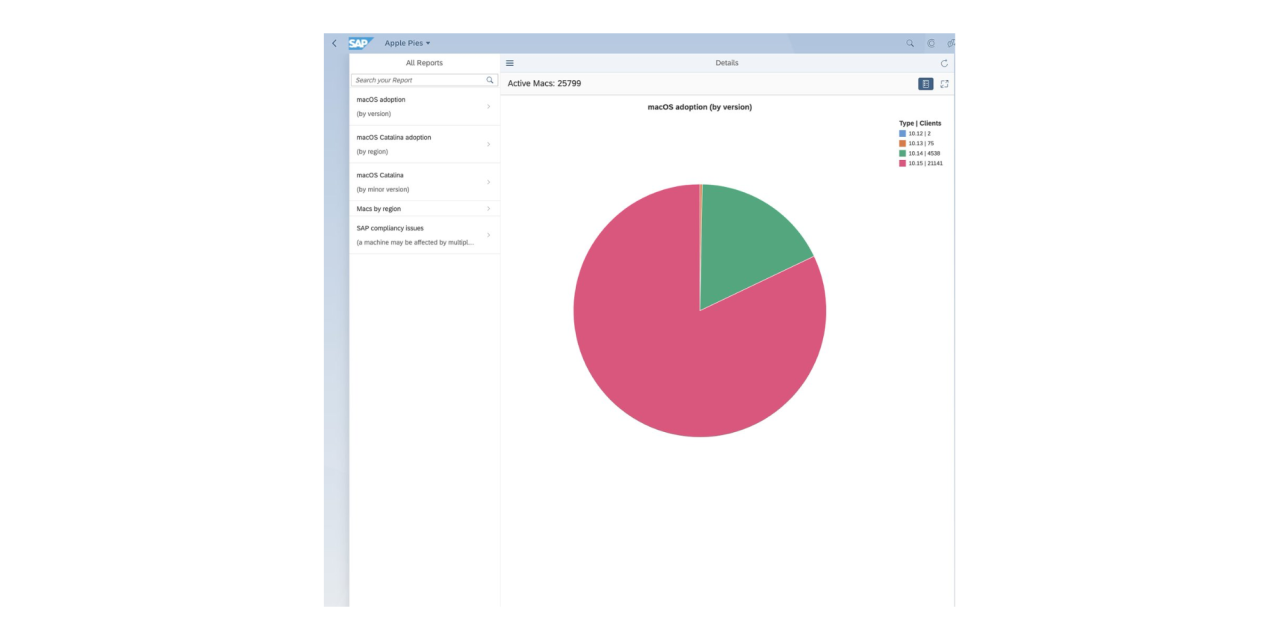 Martin Lang, VP IT Services Enterprise Mobility at SAP, announced on Twitter that the number of employees choosing a Mac for their computer has doubled over the past fifteen months. He notes that the deployment is now at 26,000 and 82% of them are running macOS Catalina.

Despite a rocky start for Catalina, it’s clear that enterprise customers are finding it stable enough to run after bug fixes have been released in recent updates.

The number of SAP colleagues who chose a Mac as their primary computer has doubled over the last 15 months, it's at almost 26K now with 82% of them running the latest macOS Catalina #lifeatsap pic.twitter.com/jzSH4LHEUd

In the past, we’ve reported how SAP is working with Apple on AR and machine learning programs. We reported that Jamf is the MDM of choice for SAP for managing their iOS, macOS, and Apple TV devices. For those of us who would love to see more companies deploying Apple in the enterprise, this should come as great news. We’ve come a long way from only the marketing department and C-level employees getting to use Macs. Now, everyday employees are getting the choice of the type of computer that works best for them.

Is your employer open to a program where employees get to choose their device? Would that make a difference in your employee satisfaction?