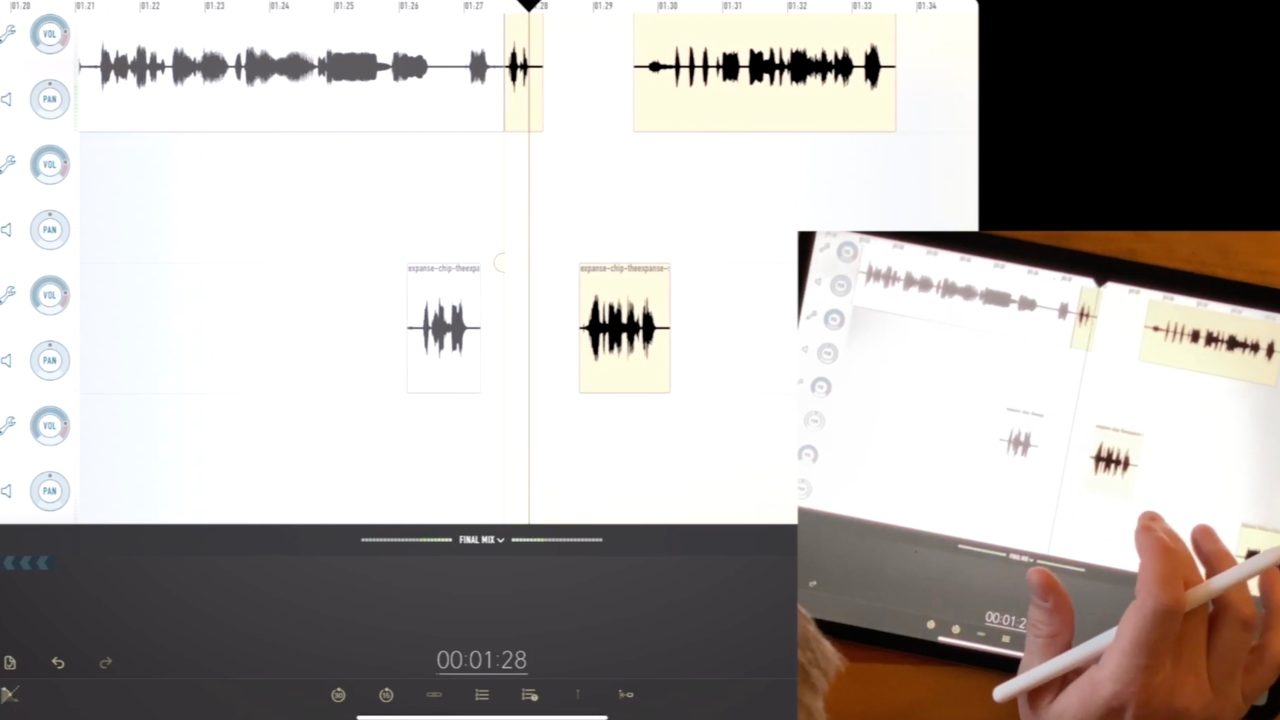 Over the years, we’ve seen quite a few different stories on how people are using the iPad Pro for creative projects. Apple even ran a series of advertisements last year highlighting content “made with iPad Pro.” Today, podcaster and writer Jason Snell has shared a fascinating look at how he edits podcasts with iPad Pro using an Apple Pencil and the Ferrite Recording Studio app.

Jason says that he’s edited every episode of his podcast The Incomparable on iPad Pro using the Apple Pencil and Ferrite. Today’s video offers a look at the Ferrite editing experience, as well as Jason’s general edit process, which he says is “more or less the same, even if I’m using Logic Pro on a Mac.”

On the iPad Pro, everything is completed in the Ferrite app. Ferrite is a powerful recording studio app for iPhone and iPad that offers a full suite of editing tools. The app uses a variety of unique gestures to streaming the editing process, such as a two-finger tap to play/pause and other customizable options.

What makes Jason’s video particularly mesmerizing is seeing how he’s customized Ferrite to work best with Apple Pencil. There are different settings you can enable to enhance an Apple Pencil workflow in Ferrite, as explained in the video. For instance, you swipe with Apple Pencil from right to left quickly to delete stray noise surfaced by Ferrite’s strip silence feature.

You can watch his video below and read more on Six Colors. Jason even suspended a camera above his desk so you can see exactly what he’s doing in Ferrite as he edits.