Five staple iPhone apps that I use each day [Video] 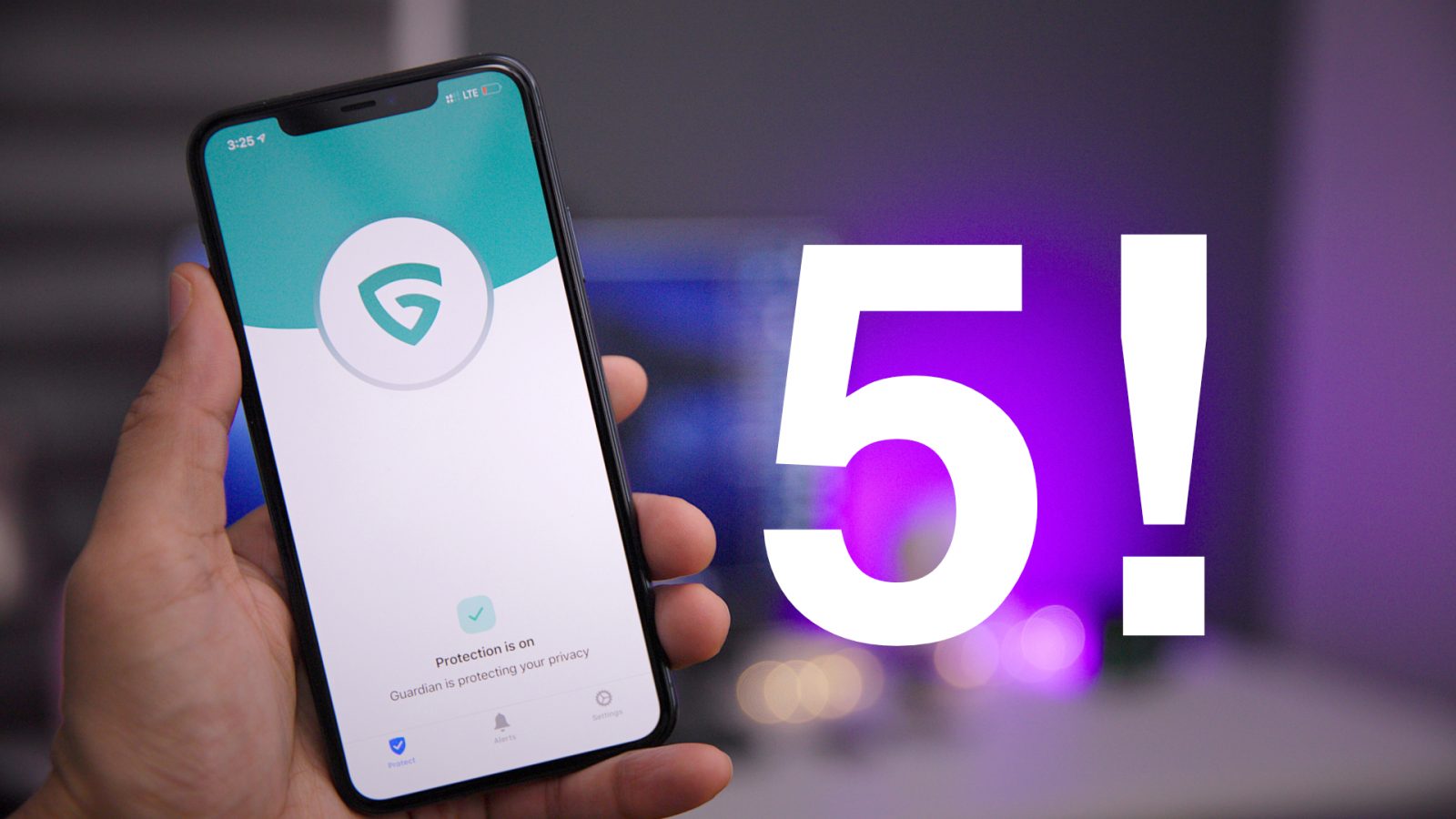 I have quite a few third-party apps installed on my iPhone, but there are several staple apps that I use regularly that I’d have a hard time doing without.

These apps include Apollo, the excellent full-featured Reddit client, NetNewsWire, a legendary RSS reader reimagined for modern day iOS, and more. Watch our brief hands-on video walkthrough for a look at all five apps, and be sure to subscribe to 9to5mac for future installments.

Guardian is a VPN and firewall utility for iOS from the mind of well-known security guru, Will Strafach. The app, which is free and features a paid subscription tier, establishes a secure connection between your iPhone and Guardian’s VPN servers, which encrypts traffic information. For subscribers, network traffic is then filtered via Guardian’s firewall, which blocks digital data and location trackers from secretly harvesting your information.

Five iPhone apps that I can’t live without

What’s really cool about Guardian is that it actually allows you to see what data trackers, location trackers, page hijackers, and mail trackers have attempted to snag your data via apps or other sources.

The free tier of Guardian allows users to sample the type of trackers looking to snag their data, while paid subscribers to the app will find that it actively blocks said trackers. You might be surprised by how seemingly benign services like weather apps feature services that attempt to steal your personal data. 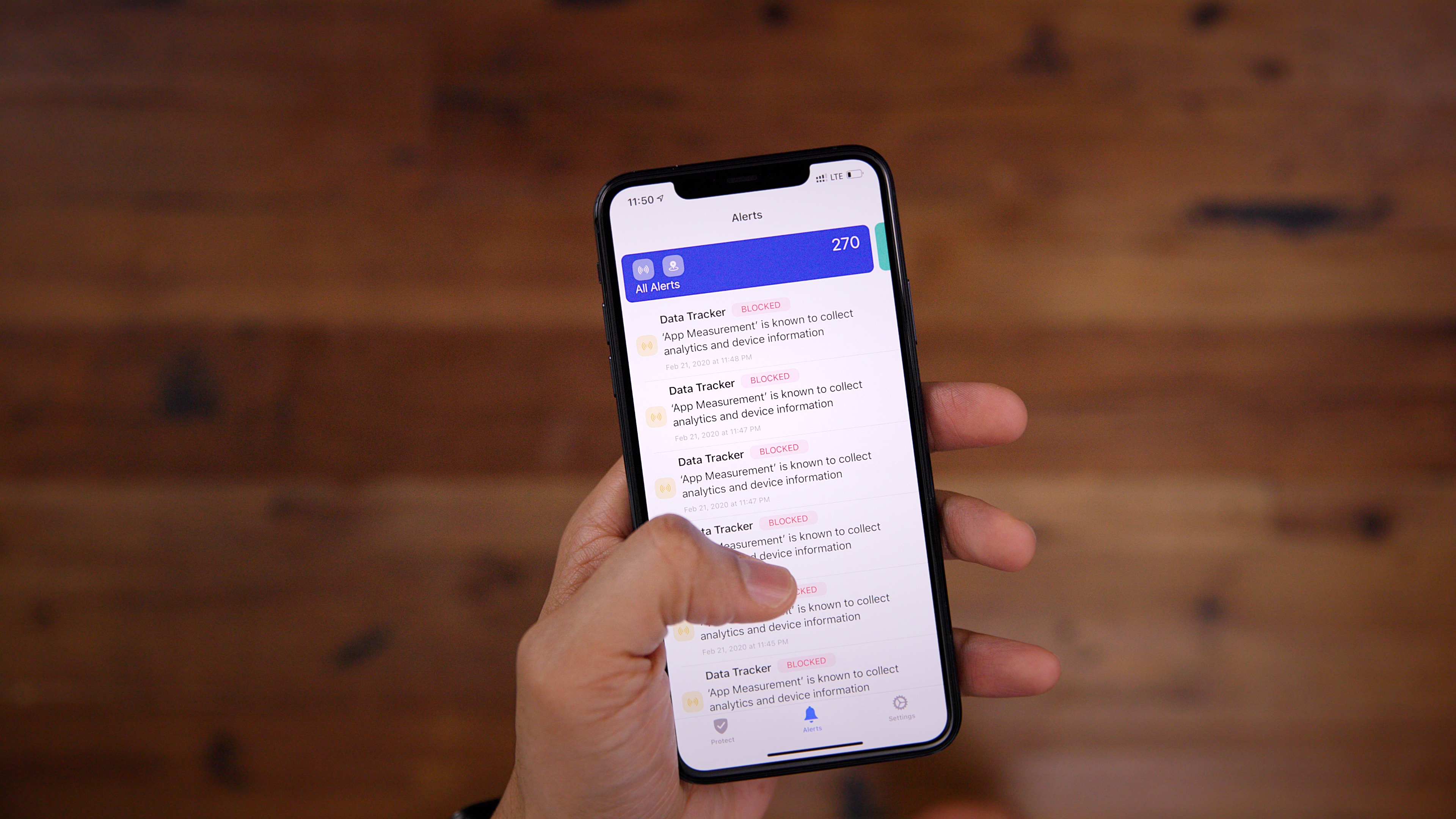 What I most appreciate about Guardian is just how simple it is to use. Once permission is given to the app, it’s just a matter of tapping the G logo on the main page to enable the VPN. And when your network connection is interrupted, paid Guardian subscribers will be happy to know that the app is smart enough to reestablish the VPN connection on-demand.

NetNewsWire, of course, has been around on the Mac for years, initially debuting as MacNewsWire back in the early 2000’s. Back in the hands of its original developer, Brent Simmons, NetNewsWire has returned to the Mac as an open source application, and it’s also coming to the iOS App Store. 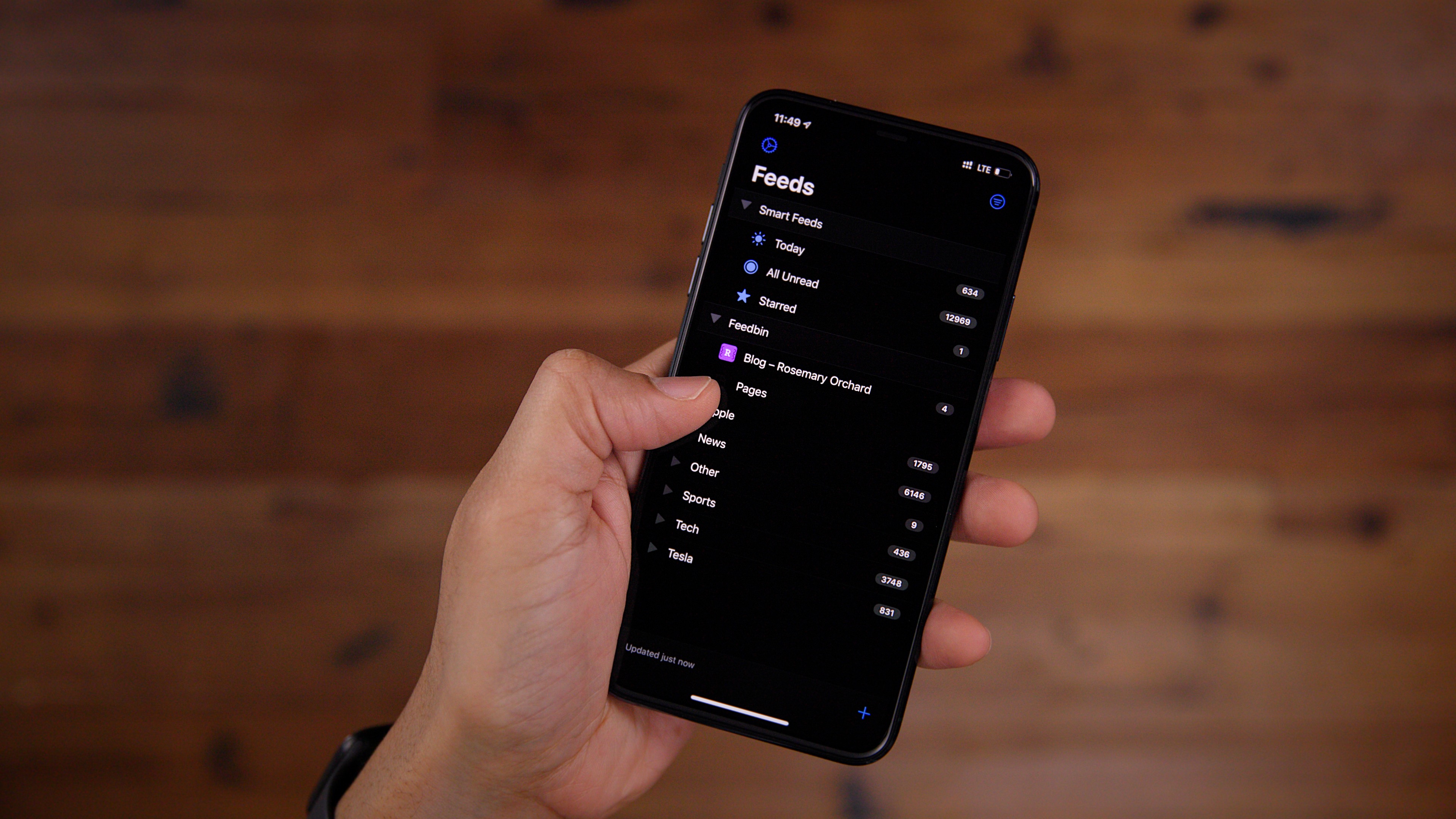 Currently in the midst of a public beta, NetNewsWire for iOS features one of the cleanest and straightforward interfaces of any RSS reading app that I’ve tried thus far. Design-wise it has plenty of features, but it isn’t inundated with so many that it feels bloated or confusing. 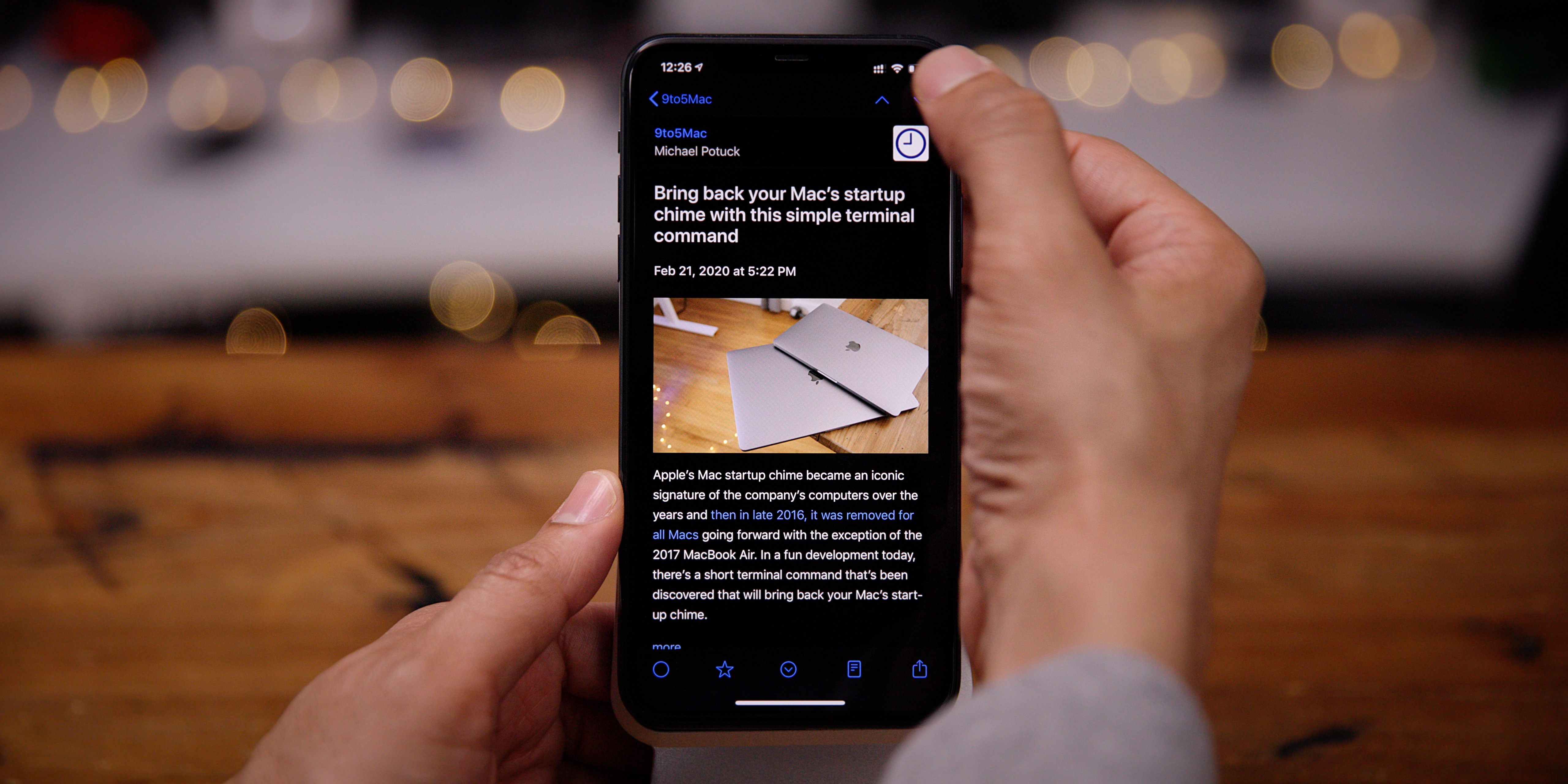 I check NetNewsWire multiple times a day to stay up to date with the latest tech news, local news, sports, and national news. It’s a model application that puts stability, ease-of-use, visual design and animations above everything else. It’s also compatible with popular RSS sync services like FeedBin and Feedly, which allows you to sync to the Mac version of the app.

When I’m not reading Electrek or other go-to websites directly, I use Apollo to follow some of my favorite subreddits like r/TeslaMotors. Apollo has what feels like an infinite amount of features and configuration options that allow users to customize the look and feel of the Reddit experience.

One of my most used features is the quick action shortcut that results from a long press on the Home screen app icon. Favorite subreddits will automatically show up in this list allowing you to quickly jump to a subreddit directly from the iOS Home screen. 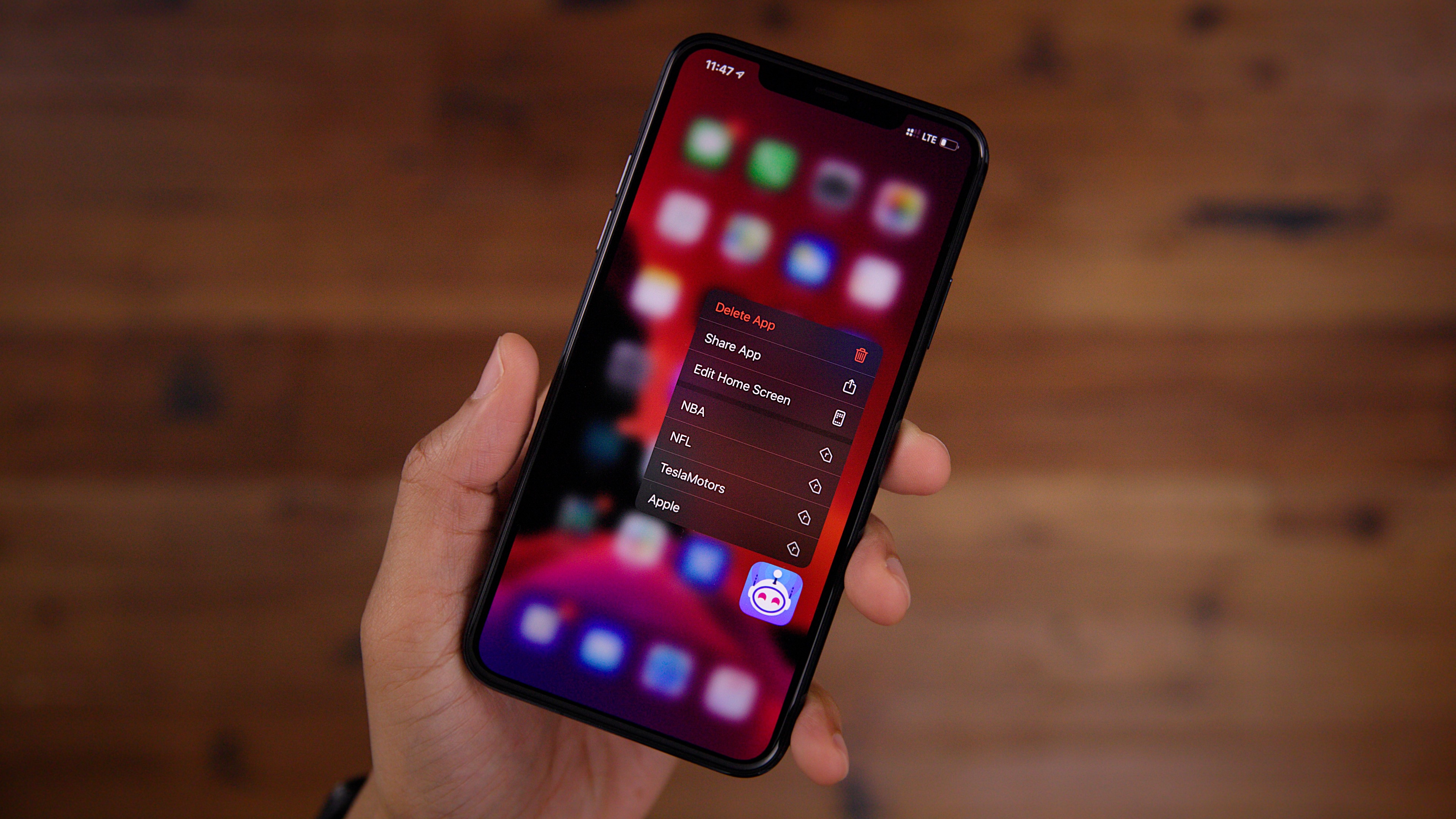 You can also change the look and feel of posts via the Appearance section of the app’s settings. Here you can alter things like post size, toggle post and user flair, change thumbnail size and position, toggle usernames, etc. You can even set up filters and blocks to exclude certain subreddits, keywords, or outright block obnoxious users.

Apollo features deep gesture support to allow you to up or downvote posts, reply to a post, star a post, etc. You can customize gestures for posts, comments, inbox, profile posts, and profile comments. 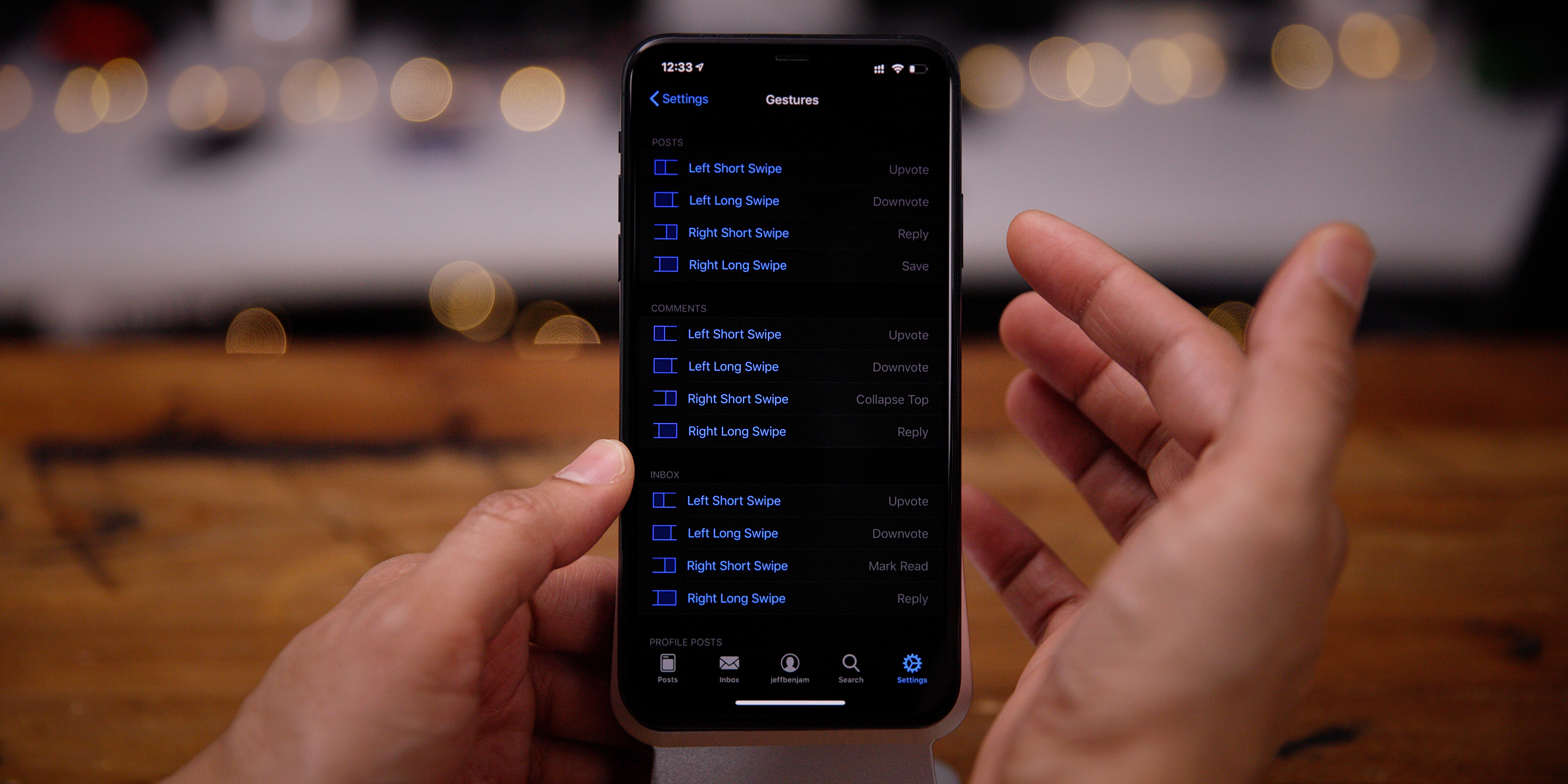 What makes Apollo so interesting is that there are consistent updates that add more and more features all the time, and the developer is keen on acting on user feedback. If you’re looking for a full-featured, highly-customizable Reddit experience on iOS, then there is no better app than Apollo.

Outside of Safari, and Mail, there’s probably no other app that I use more than Things 3. I use Things so much that it’s the only non-stock app icon in my iPhone’s dock, and it’s first on the dock. 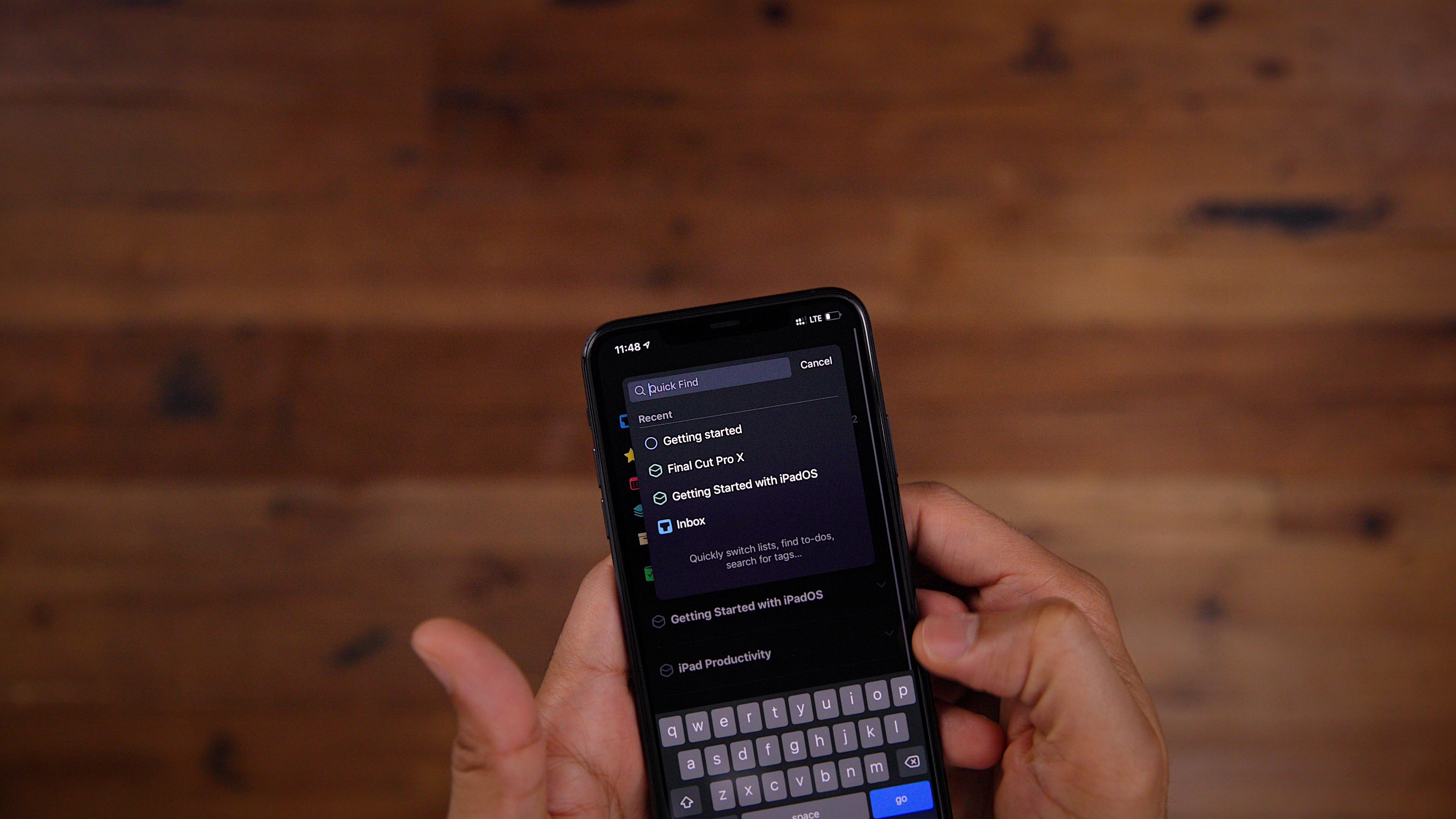 An oversimplified description of Things is that it’s a to do app. But experienced Things users know that it can be so much more than a simple to do app.

This is the app that I use most often in an attempt to have some sort of organizational structure in my life. Organization isn’t something that comes natural to me, and I have to work hard to make it happen. Things plays a big role in my being able to do just that. 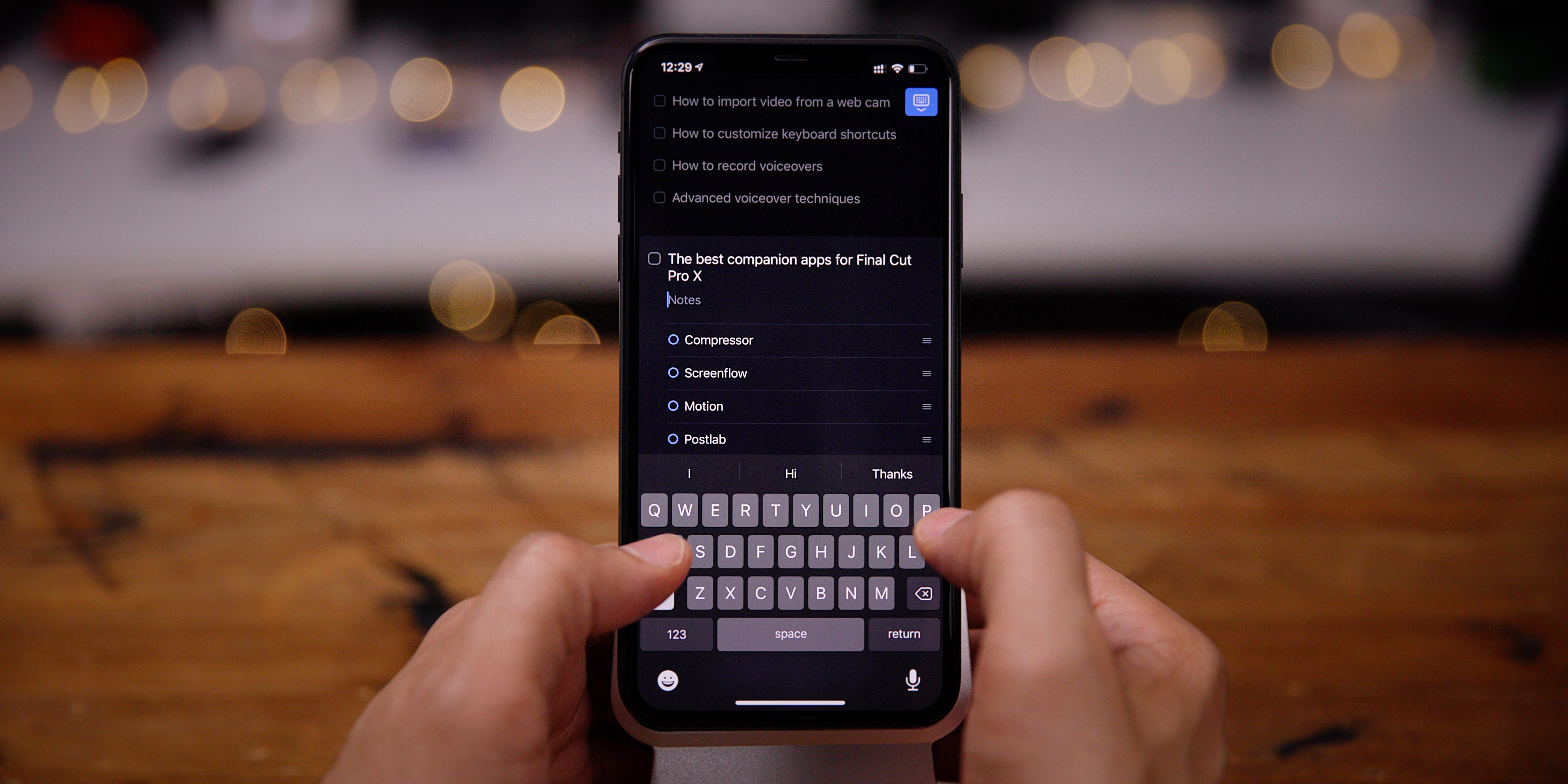 What first attracted me to Things was its design. It’s just a beautifully-designed app — it’s probably one of the most beautiful apps on all of iOS, but alongside that beauty lies a deceptively simple interface. 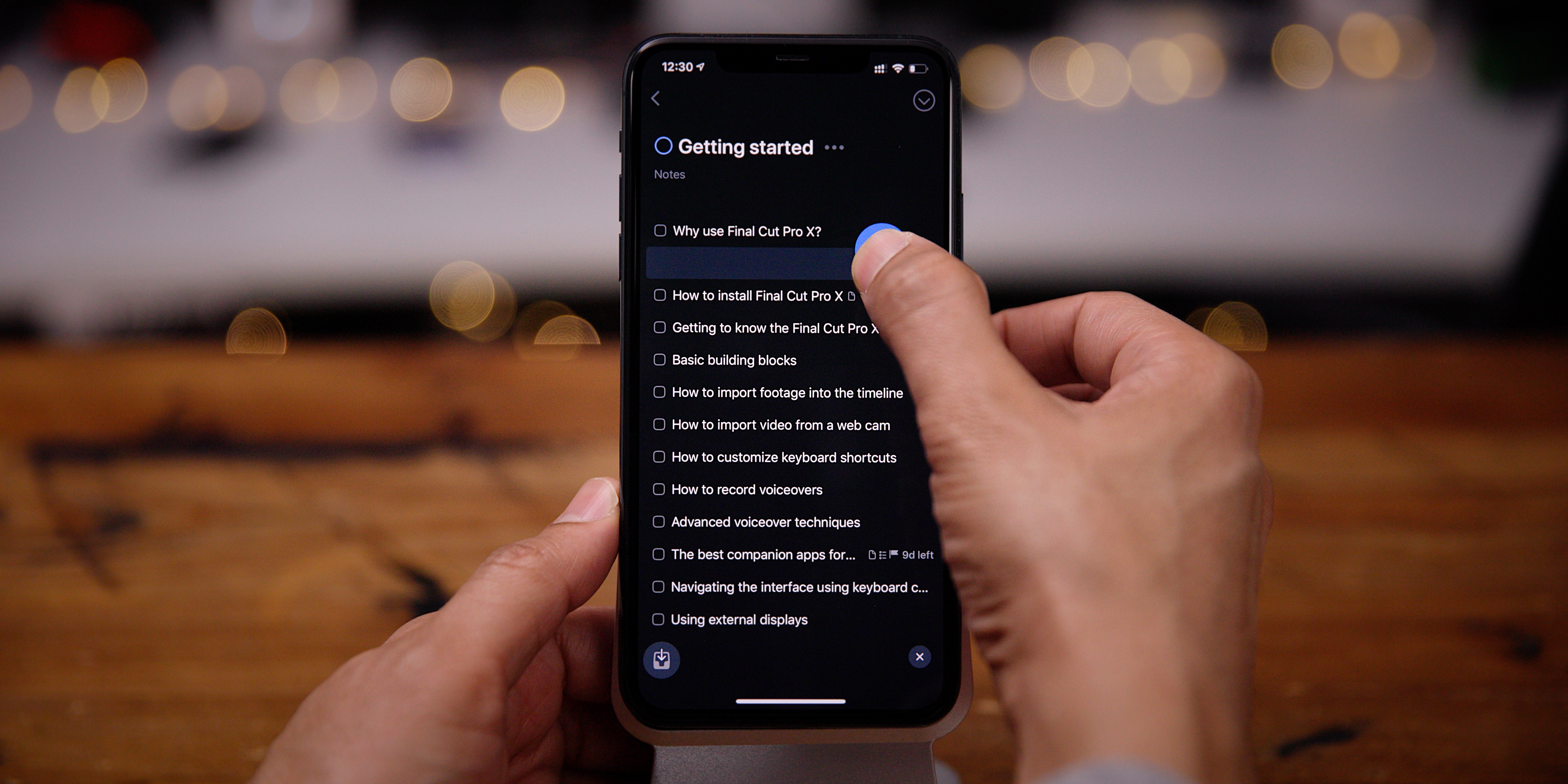 Things can be used with the Getting Things Done methodology, but the beauty of the app is that it’s flexible enough to work around any workflow, even ones that don’t necessarily follow a predefined structure.

Robinhood is an easy-to-use financial app that allows you to invest in stocks, funds and options. You can even use Robinhood to buy and sell cryptocurrencies like Bitcoin, Ethereum, Litecoin and others. If you’re a small investor, or someone just dipping their toes into the stock market, then Robinhood is great because it’s simple and there are no commission fees. 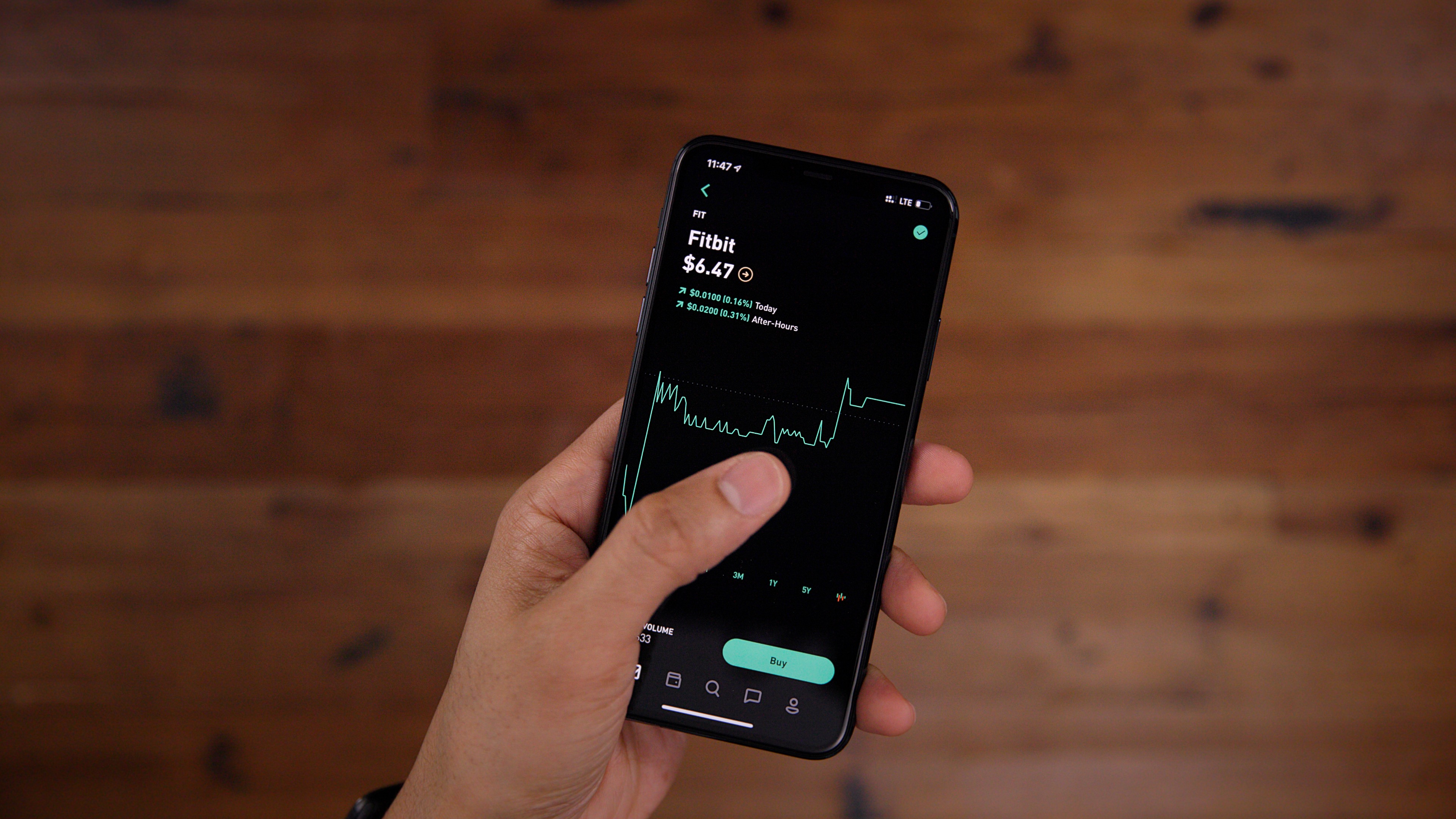 What are your favorite iPhone apps?

Are there an iPhone apps on this list that you’ve yet to try? Do you plan on taking any of them for a spin? Sound off down below in the comments, and feel free to share some of the apps that you’d like to see showcased in future videos.