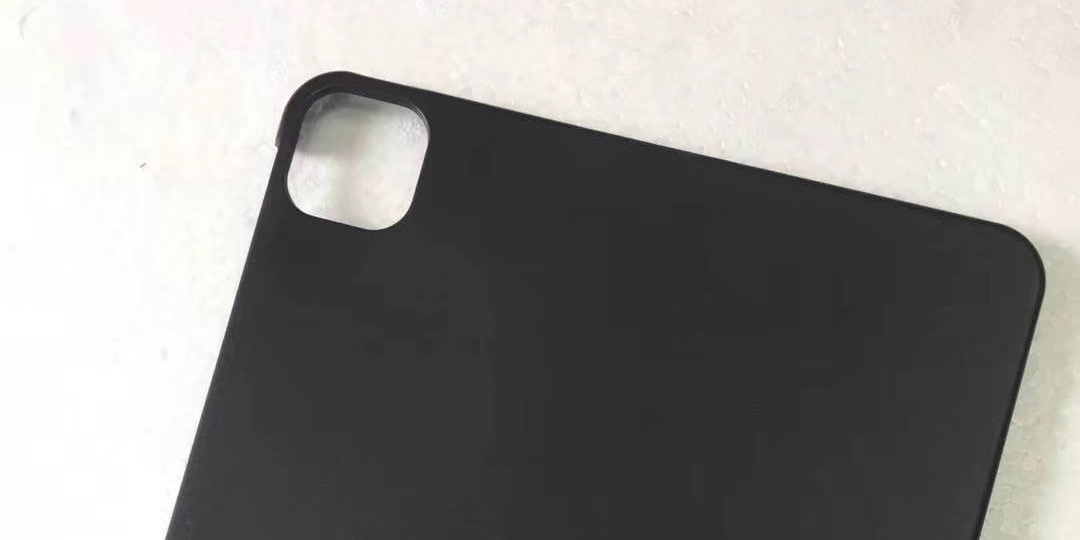 As we continue to hear rumors that a new iPad Pro revision is coming in the spring, Ben Geskin shared photos of supposed cases for the new hardware. Mirroring CAD leaks from the end of the year, the eye is naturally drawn to the new square hole for the expected new 3D-sensing iPad Pro camera system.

Based on the case photos, the iPad Pro bump will be very similar to what we’ve seen in the iPhone 11 Pro.

The new iPad Pro is expected to feature a triple-lens camera module. Whereas the iPhone 11 Pro has a telephoto, wide, and ultra-wide camera array, it is believed that one of the three lenses on the new iPad Pro will be a 3D-depth time-of-flight sensor.

The expected time-of-flight sensor is similar to the front-facing TrueDepth camera, which uses Infrared light to create a 3D representation of your face for Face ID. The big difference is this 3D sensor would be back-facing, able to detect depth about 8-10 feet away from the iPad.

Although Apple’s intended use cases for the technology are still somewhat unclear, it is expected to be able to enable new augmented reality applications — and perhaps bring high-fidelity Portrait mode to the iPad camera for the first time.

The latest rumors indicate that the new time-of-flight sensor will debut first on the iPad Pro in the spring, as well as being a premier feature of the high-end iPhone 12 in the fall.