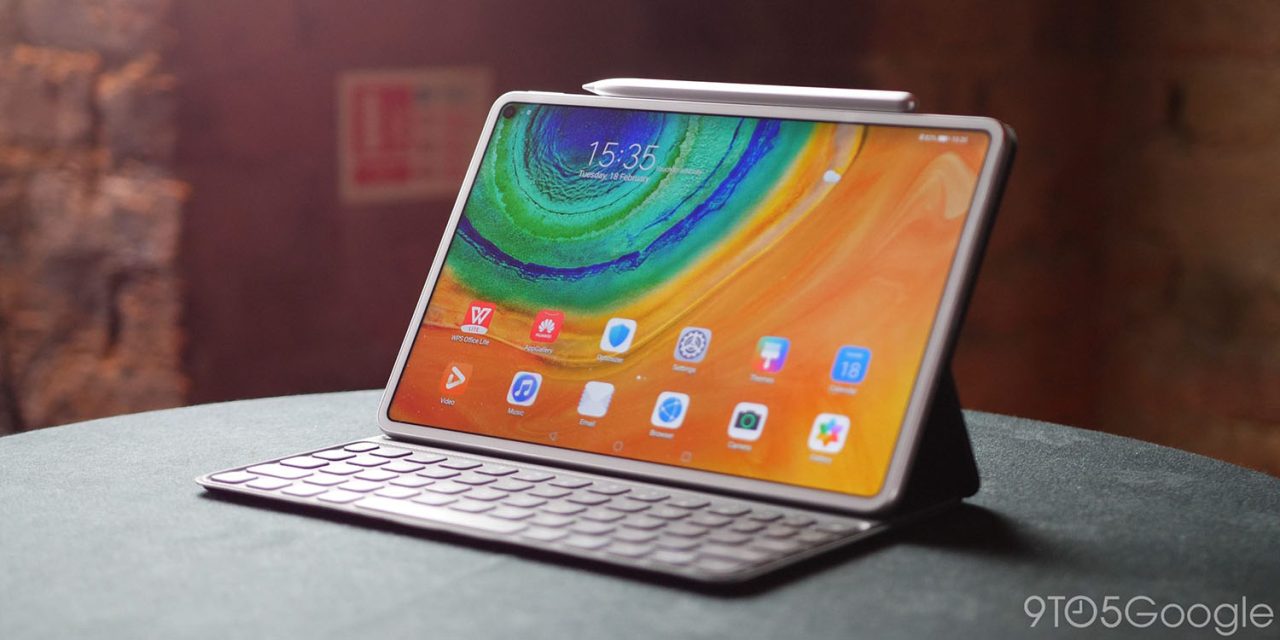 We saw leaked images of the Huawei MatePad Pro 5G last year, looking almost exactly like Apple’s iPad Pro with Smart Keyboard and Apple Pencil. The device has now been launched, and yep, the leaked images were right …

Our sister site 9to5Google got a hands-on with the device, and you can check out the video below.

The Huawei MatePad Pro 5G bears an uncanny resemblance to one of Apple’s finest products. At a time when “good” Android tablets are shockingly few and far between, could this be the answer many of you have been waiting for? We’ve gone hands-on to find out.

The M-Pen also mimics the magnetic attachment and wireless charging of the second-generation Apple Pencil, and the keyboard case is basically identical to Apple’s Smart Keyboard Folio.

Of course, it lacks one key feature of the iPad: iPadOS. And it’s also lacking direct access to Google apps, thanks to the ban on US companies selling to Huawei.

Considering that the Google Play Services ban is still in place, it will come with Huawei and third-party alternatives pre-installed as standard.

This definitely feels less of a major issue on a tablet than on a smartphone, but might be a dealbreaker if you are adamant that sideloading certain applications is not something you want to have to do right out of the box. Google has even advised that sideloading apps could “compromise user security” […]

Unlike a smartphone without access to Google Play Services, it feels like the MatePad Pro 5G might be the easiest Huawei device released since the US trade issues to actually recommend picking up.

It’s not the only clone of an Apple device Huawei has launched today. The Huawei Sound X speaker also first seen last year looks like a cross between a HomePod and a Mac Pro.

Huawei has form for this, of course: we took a detailed look at the, uh, MacBook-inspired MateBook X Pro back in 2018.