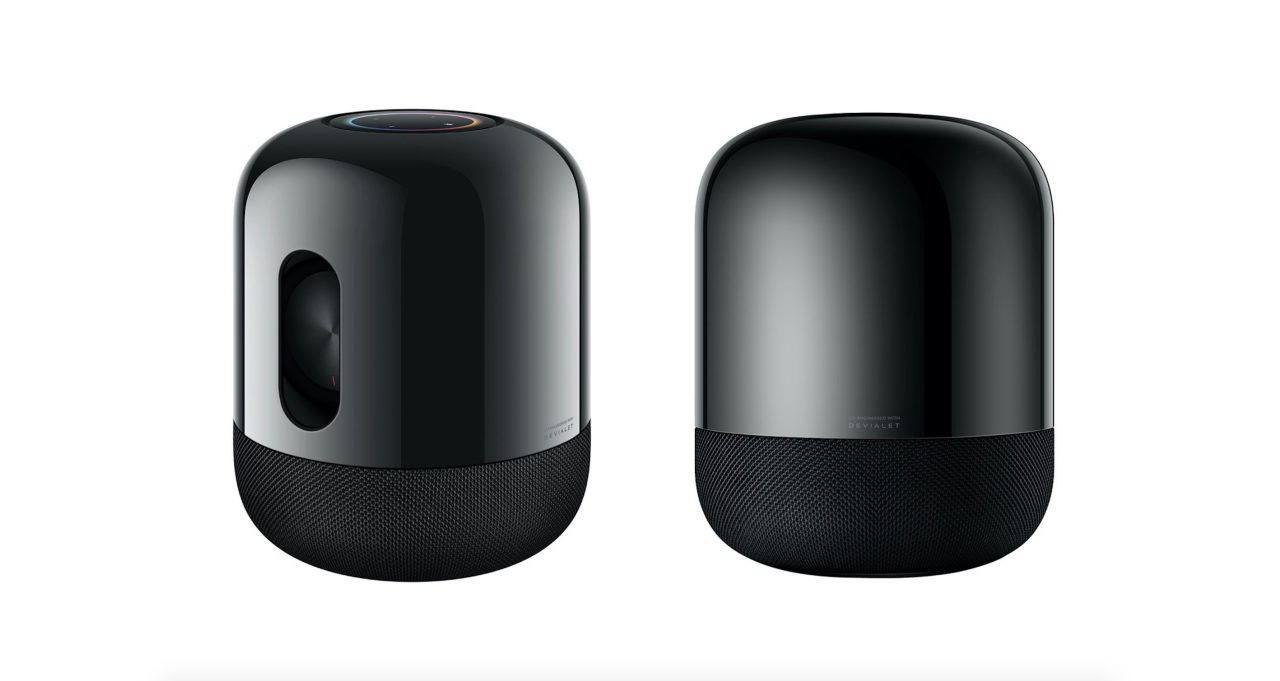 A bizarre Huawei Devialet partnership has resulted in the Sound X, a smart speaker that looks like the love child of a trashcan Mac Pro and a HomePod…

Huawei emulating Apple designs is nothing new. We’ve previously seen it produce a MacBook lookalike, the MateBook; not just one but two generations of AirPods clones; and an iPad Pro with Smart Keyboard clone.

The company also has form when it comes to smart speakers. Its previous AI Speaker looked almost exactly like someone had slotted an Amazon Echo Dot into the top of a HomePod.

The latest model, the Sound X, looks rather like a trashcan Mac Pro on the top half and a HomePod on the bottom half.

So far, nothing too surprising. But slightly more surprising is that high-end French audio company Devialet has partnered with Huawei on the new device.

Huawei has unveiled the Sound X, a smart speaker it build in conjunction with bespoke French HiFi company Devialet. On top of the premium look, it packs a 60 watt double subwoofer and 360-degree sound, along with Devialet’s speaker active matching (SAM) that eliminates distortion and push-push woofer vibration-cancelling tech.

Devialet is the company behind the $2000 Phantom, a Bluetooth speaker which aims to replace your hi-fi, so pairing up with a Chinese company on a $285 speaker is a little odd.

Then again, as Engadget notes, it’s not the first time we’ve seen an unlikely partnership from Devialet.

Devialet said the Sound X represents its “first partnership in Asia,” and noted that China is its “second-largest region worldwide in terms of sales.” The company has done a number of alliances elsewhere, however, including a surround sound TV speaker for Sky, the Altice Amplify smart speaker from Altice USA, Renault’s crazy Symbioz self-driving car and an unusual set-top box with internet provider Free in France.

The Sound X will be sold only in China.