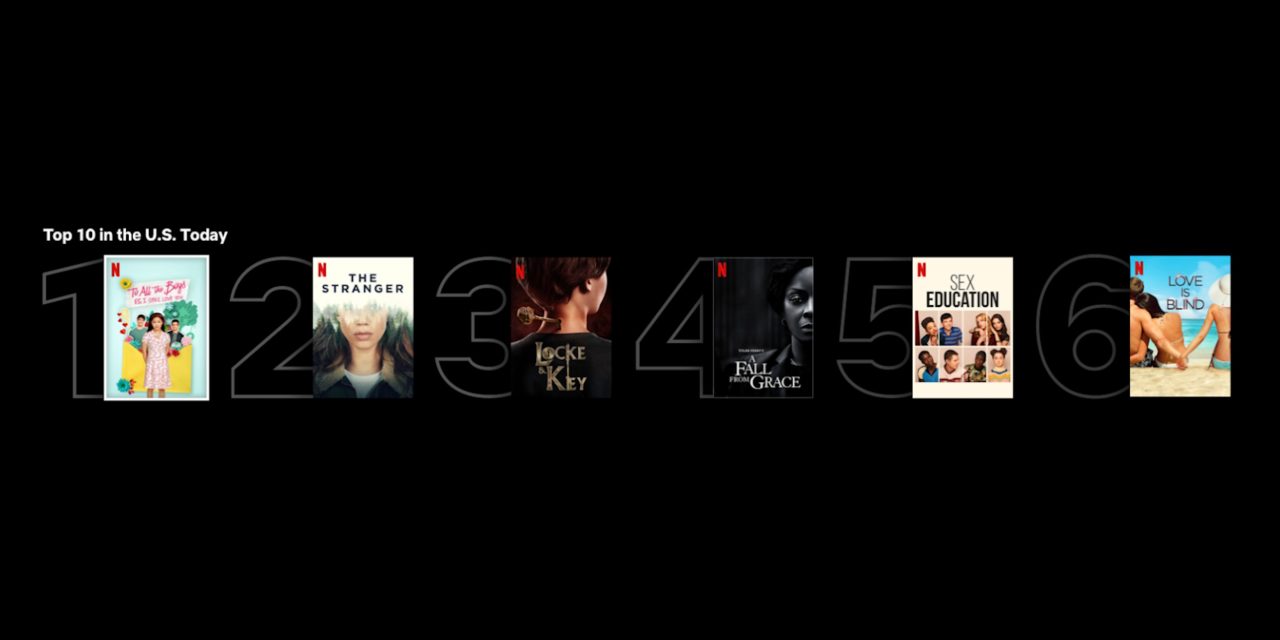 Netflix is rolling out a new feature that will allow users to see the most popular content on the service. TechCrunch explains that these top 10 lists will breakdown the most popular titles across all of Netflix, as well for just movies and shows.

Netflix says that these top 10 lists will be updated on a daily basis in each country. The home screen in the Netflix app will show the top 10 Overall list, combining the top movies and shows into one list. If you switch to the standalone Movies or TV show tabs, you can see separate lists for both categories.

Shows that appear in the top 10 lists will receive a “top 10” badge wherever they appear on Netflix as a marker of recognition.

Netflix, however, will still personalize where the top 10 list appears for everyone:

The Top 10 list will appear on your Netflix homescreen, but the list’s actual position will vary based on how relevant the shows and films are to you. For example, if you only watched documentaries and horror, a top 10 list filled with teen rom-com’s and comedies may not appear as high on the screen for you as it would for others.

One of the biggest criticisms about Netflix’s apps has been that the company makes it difficult to see what other people on the service are actually watching. While Netflix feature’s curated selections of popular content, there has never been a “top charts” sort of feature, with content ranked in order of popularity.

Netflix explained the motivation behind finally adding this feature:

“When you watch a great movie or TV show, you share it with family and friends, or talk about it at work, so other people can enjoy it too. We hope these top 10 lists will help create more of these shared moments, while also helping all of us find something to watch more quickly and easily,” explained Netflix in a statement about the launch.

The new top 10 lists are rolling out to Netflix users everywhere, across all platforms, starting today.