I don’t need to tell you how dangerous carbon monoxide is for your home. According to the CPSC, over 150 people in the United States die from it every year. Carbon monoxide is called the “Invisible Killer” because it’s a colorless, odorless, poisonous gas. We’ve had a cheap unit in our home for the past few years, but I didn’t trust it as it was a cheap device to begin with when we bought it.

As I was building out my HomeKit powered home, I knew I wanted CO monitoring to be included. I had previously looked at Onelink Smoke Detector and Carbon Monoxide Detector, but I didn’t want something that was ceiling mounted so the installation wouldn’t require me to drill holes anywhere in my home. The First Alert model will monitor carbon monoxide, temperature, and humidity. While I don’t care a ton about the temperature and humidity (my thermostat covers them), I am very interested in the CO detection. The First Alert CO monitor will sound an alarm if it detects carbon monoxide in the house. When all is well, it displays a white color. If it detects CO, it will turn red. 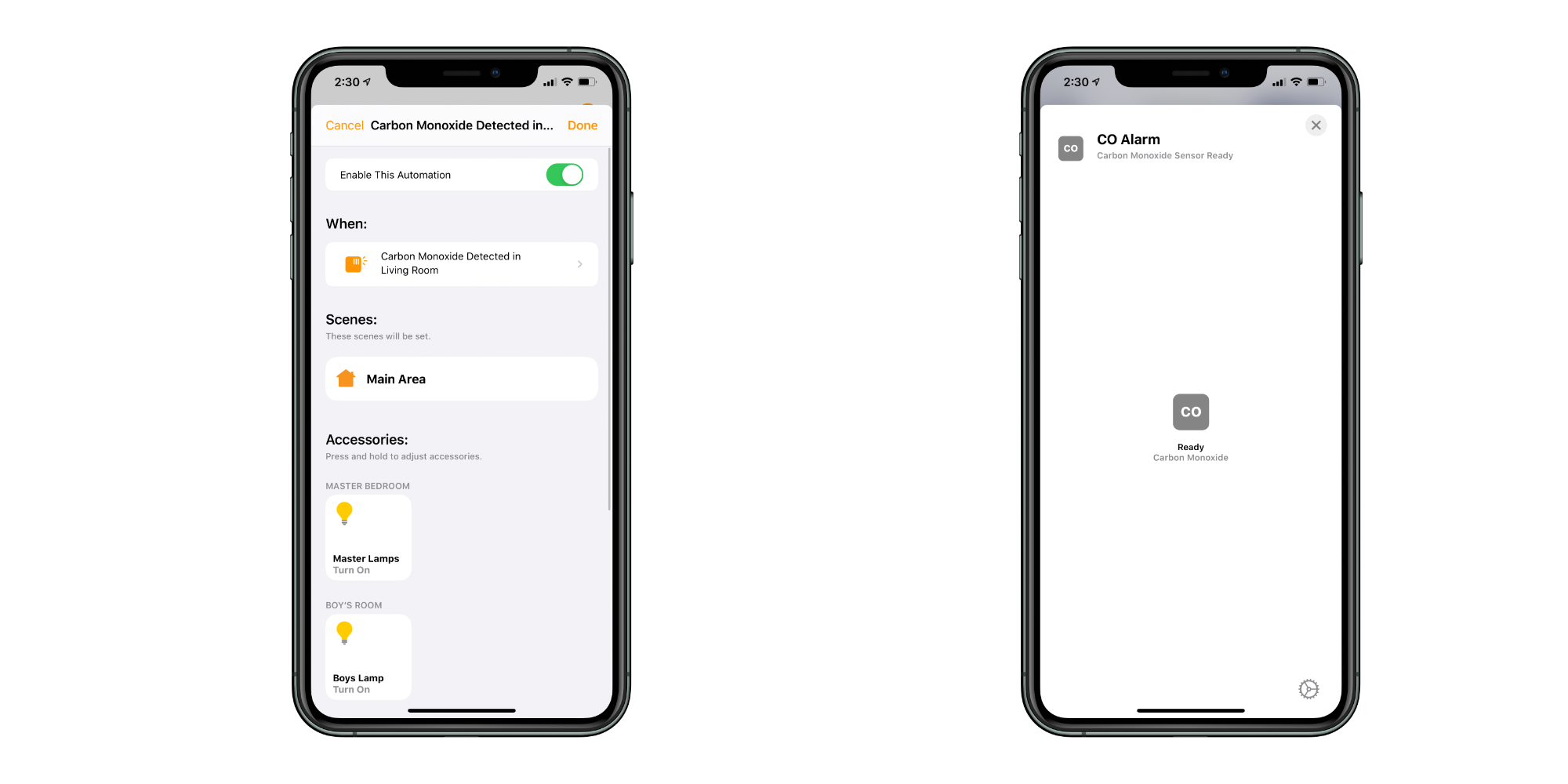 The HomeKit integration is what drew me to this product, and I wanted to be able to create various automations around it. Because I have all of our lamps integrated with HomeKit through multiple outlet switches, I created an automation to turn on all the lamps in the home if carbon monoxide is detected. My thought process was that if the alarm went off at night, it’s possible we wouldn’t hear it. We have sound machines hooked to Wemo plugs, and I also have them set to turn off as well.

Overall, it’s a simple device. I have it for one purpose only, and I hope I never have to use it. Thanks to its HomeKit support, I only had to use the app to set it up initially and to monitor for firmware upgrades in the future. The Amazon reviews mention frequent disconnects, but I have only seen that once in my few months of using it. It’s possible a recent firmware update resolved the issue. If you are looking for a simple device to detect carbon monoxide with HomeKit support, I highly recommend the First Alert GLOCO–500 WiFi Environment Monitor with Battery Backup.