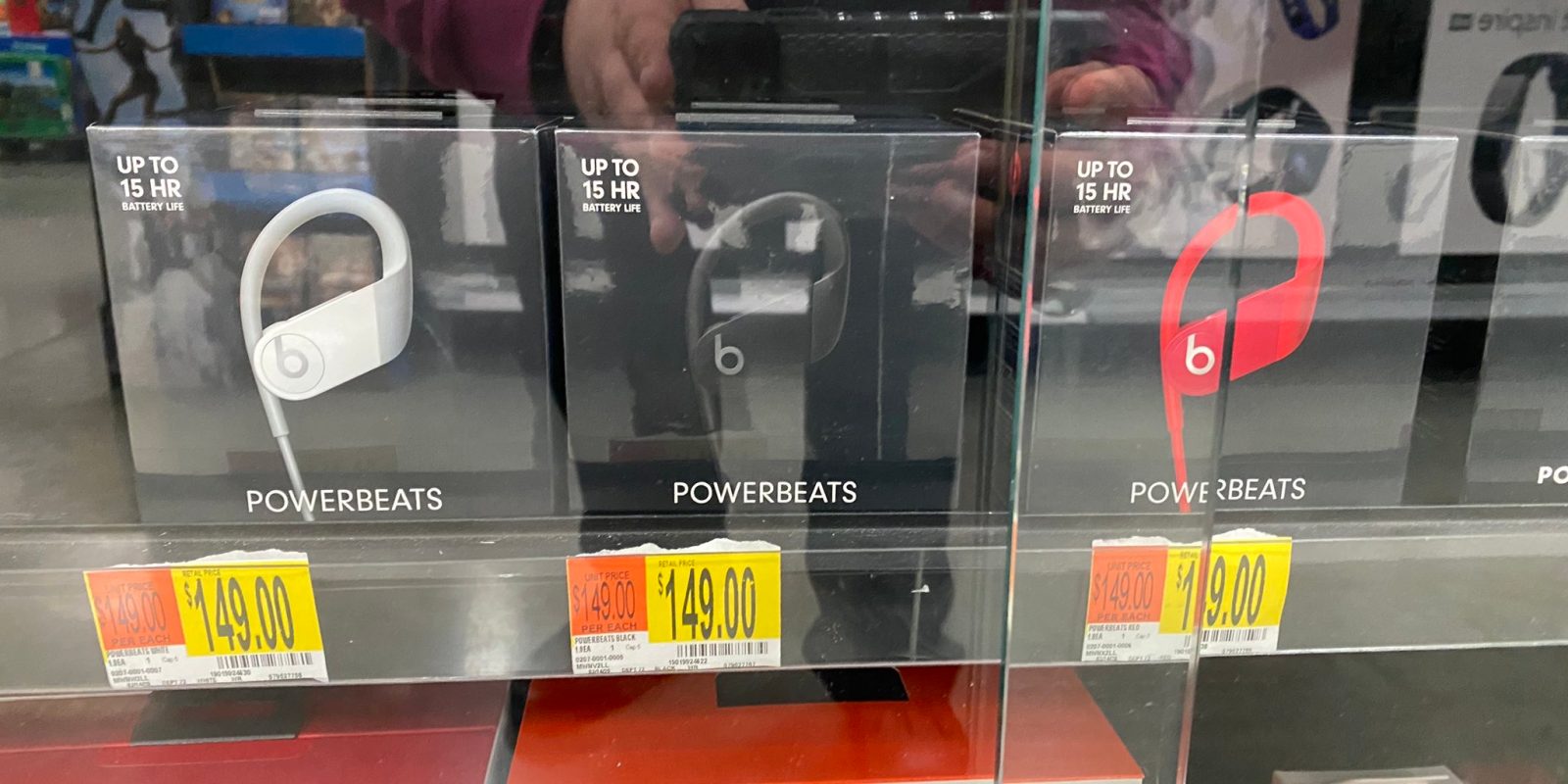 Apple has been readying new Powerbeats 4 for a few weeks now; we have seen the new Powerbeats hit the FCC and plenty of spec leaks. That hasn’t stopped a Walmart store from selling them. If you want near-undeniable evidence that this product is about to be officially announced, then here you are.

Reader Eddie spotted the redesigned Powerbeats in new packaging for sale in his local Walmart at Rochester, New York, , with the rumored red, white and black color options on display.

The product photography shows the tweaked design of the earphones. The packaging clearly boasts 15 hours of battery life, which lines up with the previously reported spec sheet.

@9to5mac @MacRumors did the new Beats Powerbeats drop without announcement? these were found in my local Walmart in Rochester NY. pic.twitter.com/oiqDD20dcB

The product is listed as $149, although we aren’t sure if that is final official pricing. The Powerbeats 3 earphones retail for $199, so that would technically mean a $50 price cut for the new models if accurate, but have regularly been discounted below $100 for a while now.

Powerbeats 4 are expected to feature longer 15 hour battery life thanks to the use of the Apple H1 chip, which would also enable ‘Hey Siri’ support, Announce Messages with Siri, and other features like lower latency.

It’s not clear why these went on sale early at least as this store, although with the unfortunate global environment as it is, retailer stocking mistakes are probably to be expected. Nevertheless, we are still waiting for Apple to officially announce these new headphones.