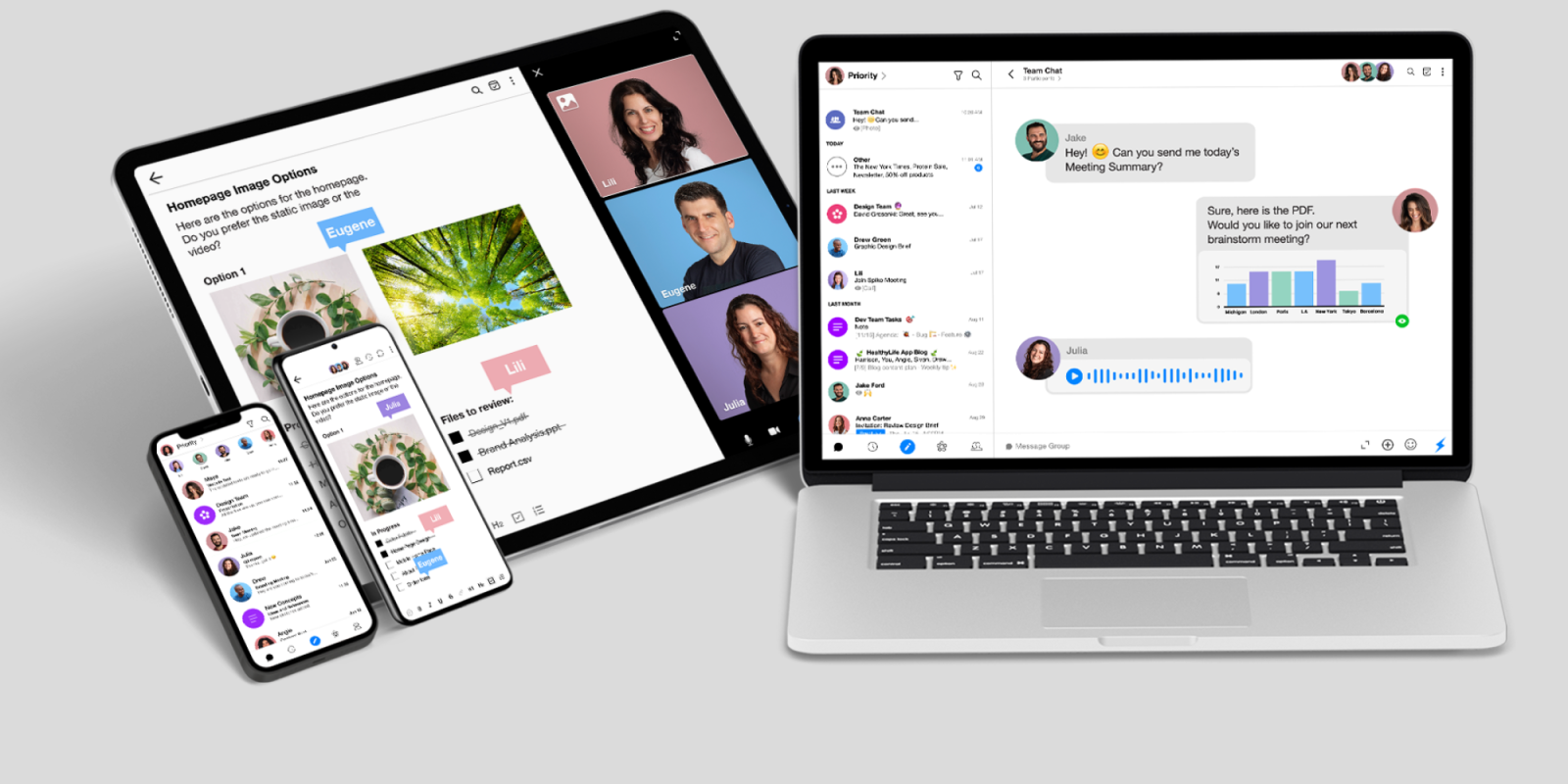 Email apps have come and gone over the years. It’s a hard business to build something. Company after company has tried to make email work better. In the aftermath of apps like Sparrow and Newton dying, we’ve seen services like Slack and Microsoft Teams spring up to help companies manage internal communications – particularly in the age of hybrid and remote work. Everyone is trying to recreate the base layer technology, but IMAP and SMTP are amazing technologies. What we need to a new vision for email apps, and I’ve found that in Spike.

Why do we need 3 types of tools for communication? Regular email is slow, team chat services and messaging apps create bubbles where people can’t talk across platforms.

I love the openness of email (IMAP, SMTP, etc) and how it easily interoperates across services, apps, and platforms. Imagine a world where you can use your favorite messenger app (iMessage, WhatsApp, Signal, Telegram, etc), your favorite service (iCloud, Gmail, etc), and talk with anyone. This is how email works. It’s one of the last open technologies we have today. Everything else is private tools, private APIs, etc.

If you combined email, Slack/Teams, and iMessage into a single service, it would look like Spike. Spike strips away the formality of email (headers, signatures, etc.) and makes it look like iMessage. The problem with where we’re at in 2022 is that everyone is trying to reinvent the email on the one hand, but then another subset of apps is trying to work around email by creating new communication silos. The base layer of email is still fantastic. It’s 100% open and not controlled by any single company. What Spike does is take the base layer email and build a new layer on top to innovate. Instead of creating a new platform that you must convince to join, you can use Spike as your primary

With Spike, all of your messages (assuming your organization uses email only), are in a single place you can process quickly with Spike’s conversational format (meaning it looks like iMessage or WhatsApp) where you can respond to emails as fast as you do your iMessages. You can snooze items if you don’t have the time or brainpower to work on them now. Of course, Spike has all the bells and whistles of an email client like scheduling an item to be sent later. Still, it also has a robust toolbar with the compose screen that includes GIFs, quick formatting, emoji, and file attachments (including cloud services like Dropbox and Google Drive).

One of my favorite features of Spike is the Spike Groups feature. It ends your various email threads and lets you build group chats around projects. Instead of a group texting group (probably one of them has a Pixel, so you aren’t getting the benefits of iMessage), you turn your group chats around your upcoming conference, current project, or a random chat channel into a group chat in Spike.

Spike also includes video conferencing, a simple task manager, built-in notes that support collaboration and rich text. The most underrated aspect of Spike is Priority Inbox, though. It does software to determine what’s important vs what’s not. Things like newsletters, social media alerts, receipts, etc will be moved to a secondary inbox called ‘Other Inbox’ so your main inbox only has the important items.

Spike is an email app that is wanting to rethink what email would look like if it were invented in 2022. If it were, it would look like Spike. I know this because all of the messenger apps that have been created recently look nothing like email. It’s clear we’ve wanted to move past the format of traditional email, but we can’t because email is universal and open. Email is like a phone number. Everyone has one, so it’s a digital identifier you can count on everyone having. Instead of trying to build yet another service, Spike said: “What if we took what everyone likes about Slack, iMessage, WhatsApp, Facebook Messenger, and turned an email client into that.”

What Apple should have done with Mail.app

When I look at the Spike email app, I think Apple should have done something similar to the Mail app. From OS X Tiger to now, it’s not changed its overall structure. A few features have been added over the years, but Apple has not taken the time to say: what if we took what our users love from iMessage and brought that over to email. I wrote last year that it’s time for Apple to debut a Pro email app where they can experiment more. Spike’s vision for email shows there’s a lot of life left for the base layer of email, and I’d love to see Apple do the same.

Is Spike perfect? Far from it. The Mac app is incredibly fast, but I wish it was a native app. It’s currently built on Electron similar to Slack. There are a handful of features on the desktop app missing from the mobile app as well. Spike also lacks an Apple Watch app. Overall, though – it’s an impressive service and something I can get behind. Spike has a vision where you can do everything communication/work in a single app. Getting rid of a separate app for everything I need to do work-wise is a vision I can get behind. Spike is free to start with and there are paid plans depending on your needs.

Last updated on 4/10/22 with new features about Spike

Spike Email takes a cue from an app like iMessage or Facebook Messenger, and it brings that same look to email.